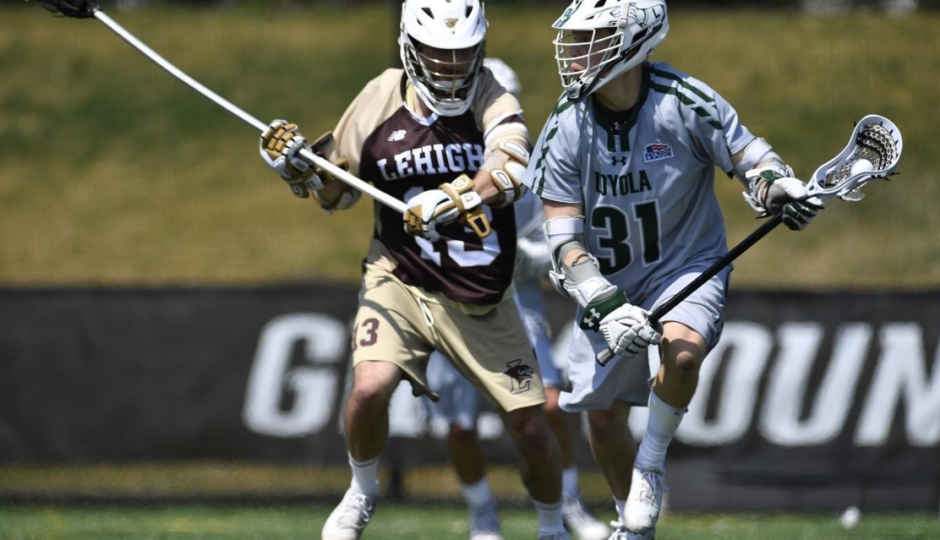 After Friday night’s games the 2019 Patriot League tournament field and seedings have been set. Loyola grabbed the top seed with a little help from Navy beating Boston U, and Lehigh fills in as the number two seed. Boston U. sits as the third seed while Army is the fourth seed. Holy cross and Bucknell fill in as the fifth and sixth seeds in the Patriot League tournament.

The 2019 Patriot league tournament kicks off on Tuesday, April 30th with the quarterfinals. The winner of those two games will advance to play either Loyola or Lehigh in the semifinals on Friday, May 3rd. The Patriot League Championship will be on Sunday, May 5th.

The Army Black Knights will host the Holy Cross Crusaders in the first quarterfinal game on Tuesday night. This will be an interesting one as these two teams played each other back in mid March, early in conference play. That game was close as Army won 7-6. Now both of these teams have improved and it is playoff time so expect things to be just as close as they were last game.

Army has been stellar all season long and have impressed many with their play on both ends of the field. The Army defense is led by a fiercer Johnny Sudrick who has been one of the best defensemen in the country all season long. With him leading that defense and AJ Baretto in between the pipes, Army has been able to stifle a lot of offense’s with their aggressive defense. Now on the offensive end of the field, the Black Knights have had a very good year as well. With freshman Brendan Nicknern leading the way the Black Knights have been able to move the ball very well and find the back of the net often.

The Crusaders have turned things around from a season ago that was filled with much drama to end the year. Holy Cross has had a bumpy season, but they have some very good performances and wins. With Jonathan Tesoro in goal the Crusaders defense has been very good and has held numerous opponents to singe digits this season. On the offensive side of the ball Holy Cross is led by a trio of junior attackmen in Sean Mullaney, Kevin Kodizs, and Justin Lynskey.

Boston U. will host Bucknell on Tuesday night in the second quarterfinal game on Tuesday night. This a rematch of last year’s quarterfinal when Boston U. upset Bucknell and blew up their NCAA tournament hopes. In the regular season meeting this season the Terriers topped the Bison 13-9. Again, it’s the post-season and expect anything and everything to happen as it usually does, especially in this conference.

The Terriers have been very good all season long with their offense being the driving force behind their success. Senior James Burr and sophomore Chris Gray have led a stellar offensive attack that has put many defenses to the test this season. In goal to anchor the Terrier defense is Joe McSorley who has been nothing but stellar in his efforts. The defense in front of McSorley hasn’t been half bad either, and has progressed all season. The Terriers are a dangerous team and when they are hot, they are HOT.

Bucknell has had an up and down season with a few stretches of losses in between some wins here and there. However, they have picked things up and are on a four-game winning streak entering the post-season. They have some new faces, but their offense has still been very good with Will Yorke leading the attack. In cage, Christian Klipstein has been very good in anchoring the defense. The Bison can put together a full game very easily but will need to be their very best if they want any shot at avenging those past two losses to the Terriers.

The Loyola Greyhounds will face the lower seeded quarterfinal winner in the semifinals on Saturday, May 3rd.

The Lehigh Mountain Hawks  will face the lower seeded quarterfinal winner in the semifinals on Saturday, May 3rd.