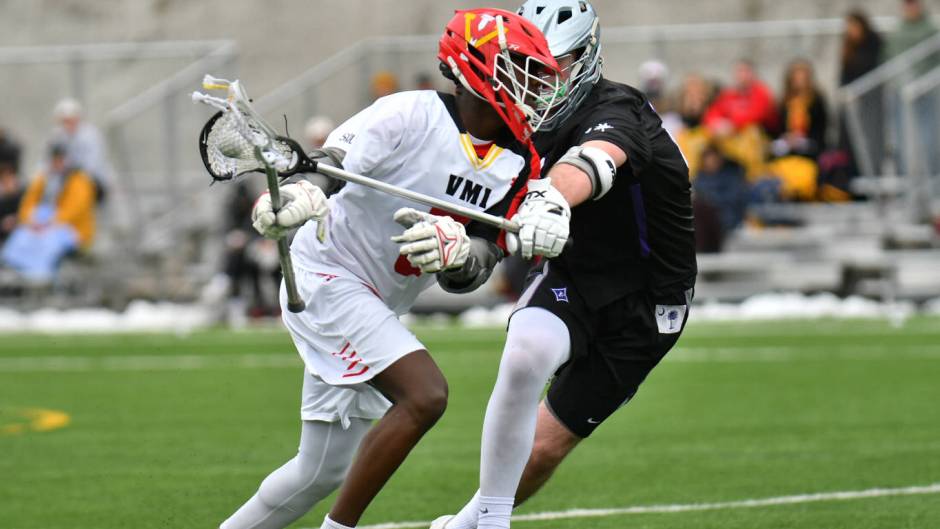 The Generals were led by Nicholas Rodman with two goals. Thomas Zusi had one goal and one assist, and Hudson Hamill dished out two assists. In goal, Jack Taylor made 11 saves and Jack Hodgson went 12-for-24 at the faceoff dot.

Aidan Riley, Michael Santos, and John Daniel each tallied three goals for the Keydets. Jon Fant- who was named the game’s MVP- also scored one goal and dished out five assists in the win. Bill Osteen made 10 saves in goal and Brice Basic went 11-for-19 at the faceoff dot.

In the first quarter, defense was ever-present as neither squad was able to get their offense going until late in the quarter. Aidan Riley got VMI on the board at the 6:50 mark and Thomas Zusi got W&L on the board with 3-minutes left in the first.

With VMI holding a narrow 2-1 lead heading into the second, both offense woke up as they went back-and-forth trading goals and two-goal run through the entire quarter. VMI was able to get more shots off and gain more extra possessions in the second, but things were knotted at six heading into the half Conlan O’Hara and Michael Santos each scored for W&L and VMI late in the half to keep things tied.

After some more back-and-forth play early in the third, the Keydets took over as they went on a four-goal run that stretched from midway through the third to early in the fourth. W&L was able to stop the bleeding with a power-play goal from Jack Ware midway through the fourth, but VMI’s offense awoke once again. The Keydets ended the game with three straight goals to secure the 14-9 victory.

VMI and Washington & Lee have one of the longest-standing rivalries in college lacrosse. The first matchup between the two was in 1986 and the series was named the Lee-Jackson Lacrosse Classic in 1988. Despite VMI being DI and W&L being DII, the two squads played in the regular season until 2008 when it was moved to the fall.