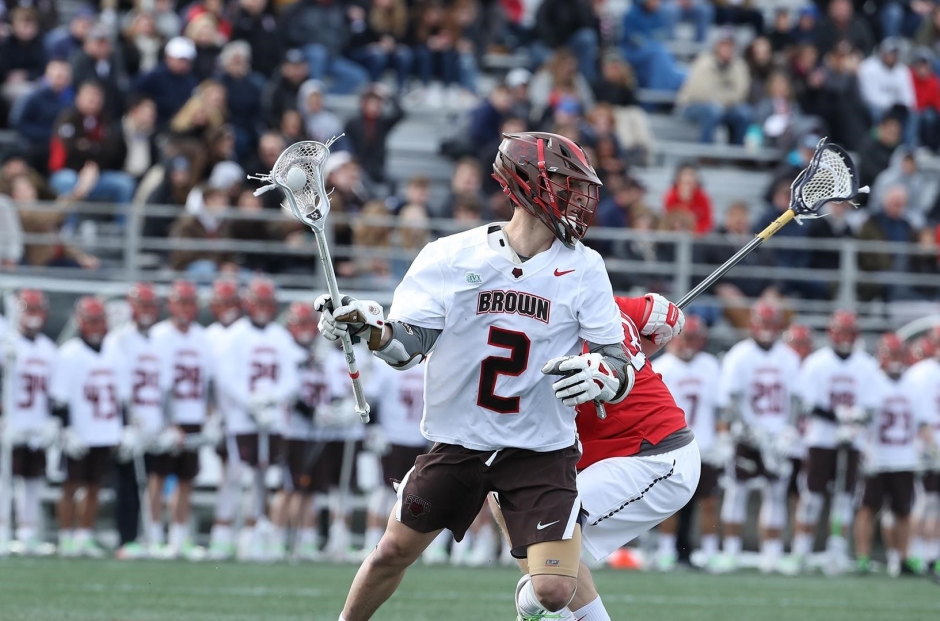 When you look at the landscape of Ivy League lacrosse, there is no question that Yale has been the most dominant team in the conference. Andy Shay has built a machine in New Haven and they have really broken onto the national stage over the past few seasons with back-to-back national title appearances, including a national title win in 2018. Yale is the class of Ivy and Penn has started to make strides, as well. But the team with the highest ceiling and most potential for this coming season, and possibly the next few seasons, could very much be the Brown Bears.

Since Lars Tiffany left for Virginia after taking Brown to Championship weekend in 2016, the Bears haven’t exactly done much. Sure, Mike Daly led them to a 10-win season in his first year in 2017. But they haven’t even had a winning season since then. They went 6-9 and missed the Ivy League tournament in 2018 and 7-9 in 2019 and made the Ivy League tournament, losing to Penn in the semifinals.

To some, it may seem that Daly can’t lead a DI program and hiring a coach from DIII was stupid on Brown’s part. But to many, Brown has shown progress these past two seasons that show they can make it back to the top of the Ivy League sooner rather than later.

Brown’s top five scorers last season also helped lead them to finish as the 21st offense in DI, averaging 19.25 points per game. That 21st ranking is a step down from being tied with Quinnipiac for the 10th scoring offense in DI in 2018, but the Bears averaged roughly five more points per game in 2019 than they did in 2018. Thank you shot clock.

Brown also can get a lot of possessions again in 2020 with senior faceoff man Jason Simaan returning after taking over as the starter last season and going 117-218 at the dot for a .537 faceoff win percentage. Also, Junior LSM Adrian Enchill has the potential to play a major role in the transition game, which is something that we have successful Brown teams over the past decade thrive in.

Now while their offense has stayed pretty stagnant over the past few seasons and their fast-paced style of play is still very apparent on that end of the field, their defense is where improvement has really been seen, especially with a quality goalie like Phil Goss manning the cage.

Goss- who will be a senior in 2020- has been the heart and soul of this Brown defense for the past few seasons. In addition to Goss, the Bears also return two of their top three defensemen in sophomore Andrew Geppert and senior Michael Brown. Additionally, junior Jackson Cupido and sophomore Luke Gaydos could take on bigger roles within the defense this coming season.

The jump that Brown made on the back end from 2018 to 2019 was evident each time they went out on the field. And while their improvement was very easy to see for fans, the stats also backed those up those statements. Brown’s defense allowed fewer goals per game last season, moving from 60th to 40th among DI teams in scoring defense. And remember, teams took more shots in 2019 because of the shot clock.

With a mix of youth and experience on the Bears’ back end in 2020, there should be some significant growth, especially if Goss puts up similar performances as he has in the past. Their success on the defensive end will be crucial if Brown wants to make it back to the Ivy League tournament and have any chance at challenging the upper-tier teams on their schedule like they were able to do last season.

Mike Daly and his staff have been building for the past few seasons, and with the shadow of 2016 somewhat gone this could be a Brown team that resets the tone and starts their climb back to the top. And coming into 2020, the expectations aren’t astronomically high, especially after two losing seasons.

Brown is in a perfect spot to make some noise early in the year with little attention and then burst onto the scene once March hits, and ride that wave through the regular season. If there is any team that has a higher potential than many might give them credit for, it has to be Brown.

The Bears might not have a roster full of All-Americans like the blue bloods, and they probably never will, but they have a high-quality core group to build around. If they can fit all the pieces together, 2020 could be a special season for the Bears.