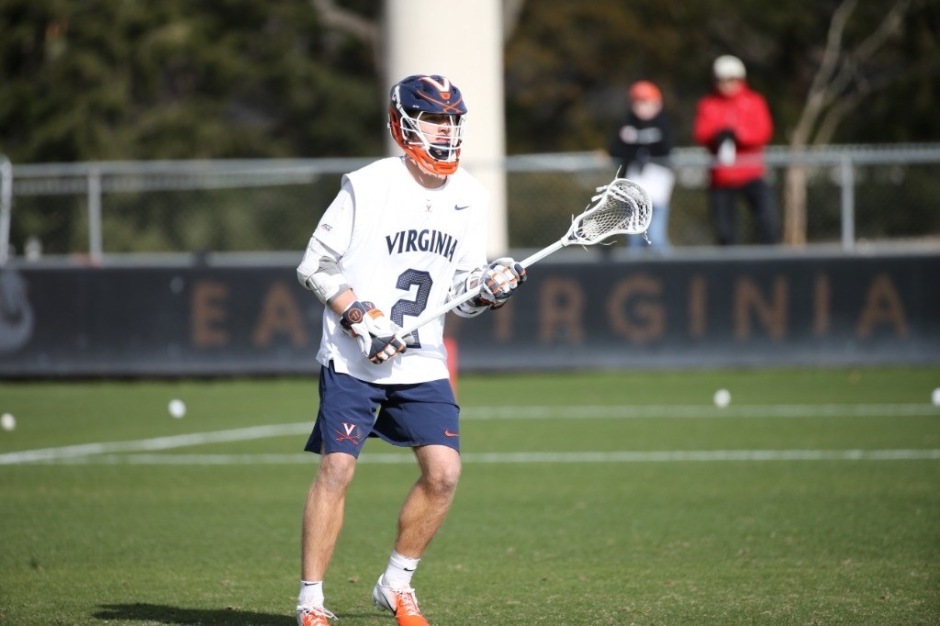 On Tuesday, it was officially announced that Virginia senior attackman Michael Kraus would not be taking the extra year the NCAA has given spring sport athletes, ending his career at Charlottesville, Va.

In this year’s shortened season, Kraus was second in scoring for the Cavaliers, putting up 26 points (14G/12A) in six games. Kraus ends his career with 240 points (131G/109A). He sits tied for fourth all-time in program history in points, is seventh all-time in goals, and sixth all-time in assists.

The New Cannan, Conn. native was the Cavaliers’ most prolific dodger and one of their primary scorers. And with his talent and style of play, Kraus’ game can translate from college to the pro game fairly well.

When you watch Kraus play the first aspect of his game that jumps out at you is his dodging. At Virginia, Kraus earned a reputation as one of the college lacrosse’s premier dodgers, and he showed from very early on in his college career how much of a threat he can be as a dodger.

Kraus is a physical dodger who knows how to use contact to his advantage, and 90-percent of the time is dodging with intent to score, or at least appears to be dodging to score. This allows him to be able to get to the island (5-by-5) and make a move on his defender to either get topside or roll back underneath, even if his defender is bigger, faster, stronger than him. Kraus knows the secrets of how to be an elite dodger, and he utilizes them every single time he steps on the field.

Also, because of how he can use contact to his advantage, Kraus can get to the cage with two or three defenders draped all over him. And over the past two seasons, he has also stretched his game out and has become more of a threat as a dodger up top, as well, not just from the island down.

Let us watch Michael Kraus get to the crease like a bulldog for this goal.

Kraus’ physical nature as a dodger is likely the number one aspect of his game that will translate right away to the pro game. Knowing how to absorb contact and be a physical dodger, especially in various situations, is crucial for young attackmen coming out of college. The pro game is much more physical by nature, so the faster you figure out how to handle that the quicker you should be able to find a rhythm, confidence, and hopefully, success.

In addition to his elite-level dodging, Kraus has also shown how lethal of a shooter he can be. He is a goal-scoring attackman. During his time at Virginia, he never scored under 30 goals in a single season.

While Kraus is certainly a great insider finisher who can score in tight, he has also shown quite a bit of range over his college career. He also moves well off-ball and can get himself open almost anywhere on the field. And if he can get his hands free, he will let it rip.

Another nice shot from Kraus finds the back of the net and puts the Hoos up 15-3! #GoHoos

Also, he places his shots very well, recording a .276 shooting percentage over his career at Virginia.

In the pro’s, Kraus’ scoring ability can certainly translate. But how much of it seems to be the biggest question. Kraus has grown as a scorer so much at Virginia, and can now fire from almost anywhere on the field. Ultimately, it will likely depend on where he ends up and what that team needs him for that determines how much of an impact he can make with his scoring.

The one area of his game that has improved the most over his college career, and will likely continue to improve as a pro player, is his passing ability. As previously mentioned, Kraus is a goal scorer and a dodger. He is not a pass-heavy player like some other elite attackmen, but he has become more of a passer has his career has progressed. And that part of his game, when matched with his dodging, can be lethal in the pro game with how many of those guys are off-ball.

Always having his stick up, Kraus can put one on a rope from almost any spot on the field. This ability was especially seen last May when he had three assist against Robert Morris in the first round of the NCAA tournament and then had back-to-back four assists performances in the quarterfinals against Maryland and the semifinals against Duke.

With his all-around skill set, Kraus certainly has the potential to make an impact early on in the pro game. Given his impressive motor and the physicality that he plays with, Kraus shouldn’t have much trouble adjusting to the increases speed and physicality in the pro game.