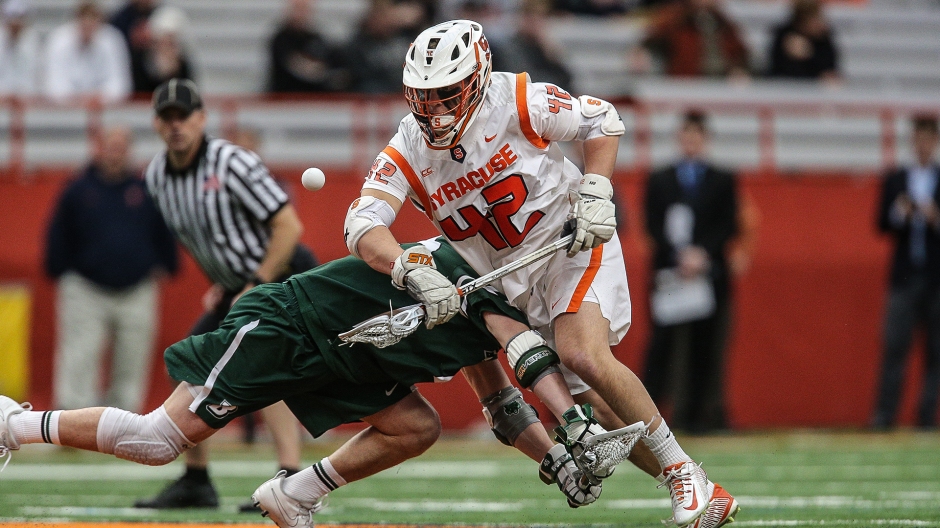 Syracuse senior faceoff man Danny Varello has announced that he will be returning to the Orange next season in 2021, taking advantage of the NCAA’s ruling that gives spring sport athletes an extra year of eligibility due to their 2020 season getting cut short because of the Coronavirus outbreak.

Varello made the announcement via a statement that was posted to his Instagram and on Wednesday night.

“I am extremely disappointed with how the 2020 season came to an end,” Varello said in the statement. However, I am grateful and excited for the opportunity I have been given by the university, athletic department, and NCAA and am ready to get back to work.”

A native of Kings Park, N.Y., Varello played in four of the Orange’s five games this past season and went 41-for-65 at the faceoff dot. His winning percentage of .631 percent puts him at 12th nationally. He also recorded 20 ground balls.

Varello will rejoin one of the nation’s best faceoff units next season, as he and Jakob Phaub, who has been the primary faceoff man for the Orange over the past two seasons.

Varello is the first senior on Syracuse’s roster to announce that he would come back for an extra season. However, Syracuse defenseman Nick Mellen has announced that his college career is over.