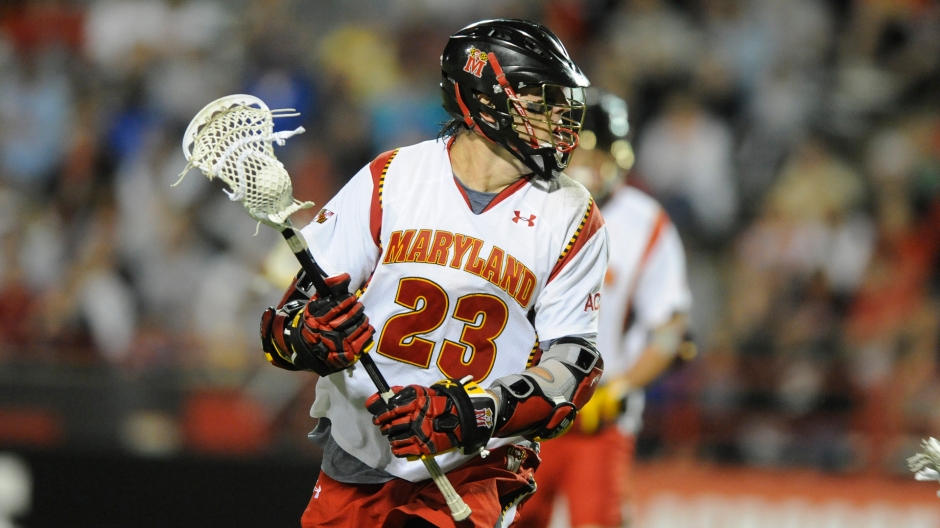 The 2020 NFL Draft wrapped up on Saturday after three days of action. And while Bill Belichick didn’t draft anyone with a lacrosse background, there were still some mentions of lacrosse during the draft.

In the first round, the Tennessee Titans selected Georgia offensive tackled Isaiah Wilson, who played both football and lacrosse in high school at Brooklyn Poly Prep (N.Y.). Also, Notre Dame defensive end Jamir Jones, who signed with the Houston Texans as a UFA on Saturday night, played both in high school as well at Aquinas Institute (N.Y.).

Those two are just the latest examples of NFL players who also dabbled a bit (or a lot) in lacrosse. Here is a look at some NFL players, past and present, who also played lacrosse.

The late, great John Mackey played football and lacrosse at Syracuse. He was selected 19th overall in the 1963 NFL Draft by the Colts, where he played from 1963-1971. He finished his career with the San Diego Charger in 1972. Mackey is a member of the Pro Football Hall of Fame and the namesake for the John Mackey Award for college football’s best tight end.

Arguably the greatest athlete to ever live, Jim Brown was a star in both football and lacrosse at Syracuse. He was the 6th pick in the 1957 NFL Draft and spent his entire career with the Cleveland Browns, winning one NFL Championship in 1964. He is a member of the Pro Football Hall of Fame and National Lacrosse Hall of Fame.

The most notable example of a former lacrosse player making headways in the NFL as of recent is Carolina Panthers wide receiver Chris Hogan. The two-time Super Bowl winner (New England) starred in high school at Ramapo (N.J) before playing four years of lacrosse at Penn State, where he was a vital piece of the Nittany Lions’ offense. Hogan took a fifth-year and played college football at Monmouth.

A Farmingdale, N.Y. native, Kennedy played both football and lacrosse in high school. He then went to Bryant, where he played both as a freshman. Kennedy quit football after that first season to focus on lacrosse, where he was a standout midfielder for the Bulldogs. However, he did play football as a senior at Bryant. Kennedy played in the MLL for the Boston Cannons during the 2018 season before returning to playing football as a grad student at Bryant. He was signed as a UFA by the Detroit Lions and is the only player to have played in both a pro lacrosse and football game.

A 12-year NFL veteran, Hauschak played lacrosse and soccer in high school at Needham (Mass.). He went on to Middlebury (DII), where he was cut from the soccer team. He picked up football while also playing lacrosse at Middlebury. Hauschak played one year of football as a grad transfer at NC State before entering the NFL in 2008 with the Minnesota Vikings.

After five seasons in the NFL, Yeatman retired in 2015 with the Houston Texans. The San Diego, Calif. native went to Notre Dame for both football and lacrosse. He was a standout attackman for the Irish during his first two seasons. Yeatman transferred to Maryland in January of 2009, where he continued to play both for the final two years of his college career. He helped lead the Terrapins to the NCAA Quarterfinals in 2009 and 2010.

Before Hubbard was wrapping up quarterbacks in the backfield on Sundays, and before he helped lead Ohio State to a College Football Playoff appearance, Hubbard was a standout high school lacrosse player at Archbishop Moeller (Ohio). Hubbard was originally committed to play lacrosse at Notre Dame but eventually flipped to Ohio State football. Playing midfield, Hubbard amassed 101 points (69G/32A) in three seasons at Moeller.

A two-time Super Bowl Champion (New England, Philadelphia), Long retired in 2018 with the Philadelphia Eagles after a 10-year career career in the NFL. Long played lacrosse in high school at St. Anne’s-Belfield (Va.). He only played his sophomore and junior season. Long chose to focus on football and played in college at Virginia.

Kerney played both football and lacrosse at Virginia. He was a defenseman for the Cavaliers in 1996 and 1997, but gave up lacrosse for football following his sophomore year. Kerney went on to be a two-time pro bowler in the NFL with the Atlanta Falcons and Seattle Seahawks. He also led the NFL in sacks during the 2007 season. He retired with the Seahawks after the 2009 season, ending his 10-year career.

D’Amato played football and lacrosse at Hofstra. In 1968 he was drafted in the 10th round by the Jets and was part of the team that won the 1968 Super Bowl, making him the first player to be an All-American in lacrosse and win a Super Bowl.

The grandson of legendary golfer Jack Nicklaus, O’Learly was a standout high school football and lacrosse player at Dwyer (Fla.), and was recruited very highly in both. He went on to play football at Florida State, where he helped lead them to a 2014 national title. He just finished his fifth season in the NFL.

Currently a reserve QB for the Eagles, Lauletta starred in football and lacrosse in high school at Downingtown East (Pa.). He went on to play college football at Richmond and was a fourth-round draft pick by the New York Giants in 2018.

Kiser played lacrosse in high school for Gilman (Md.), where he was part of a a pretty talented midfield corp during his time there. Kiser went on to play college football at Virginia and was selected in the fifth round of the 2018 NFL Draft by the Rams.

Collins played one year of high school lacrosse at South Plantation (Fla.), where he put together some pretty impressive highlights. He played college football at Arkansas and last played for the Baltimore Ravens in 2018.

A three-time pro bowler and Super Bowl champion, Kelce played a few seasons of high school lacrosse at Cleveland Heights (Ohio). He originally walked-on at Cincinnati as a running back before being moved to offensive line. He was drafted by the Eagles and has been with them his whole career.

Ehrmann played both football and lacrosse at Syracuse. He went on to play 10 seasons in the NFL, spending the majority of his career with the Baltimore Colts. His last few seasons in the NFL (1981-82) were spent withe the Detroit Lions.

A member of the “Ten Bears” Morgan State lacrosse team in the 1970s, Cherry played one season for the Baltimore Colts in 1973.

One of the first stars of the NFL, Thorpe is regarded as one of the greatest athletes to ever live. Thorpe played football, lacrosse, and baseball at Carlisle Institute. Although, it is unknown how many seasons of lacrosse he did play. Only a few pictures have been founded of Thorpe playing lacrosse.