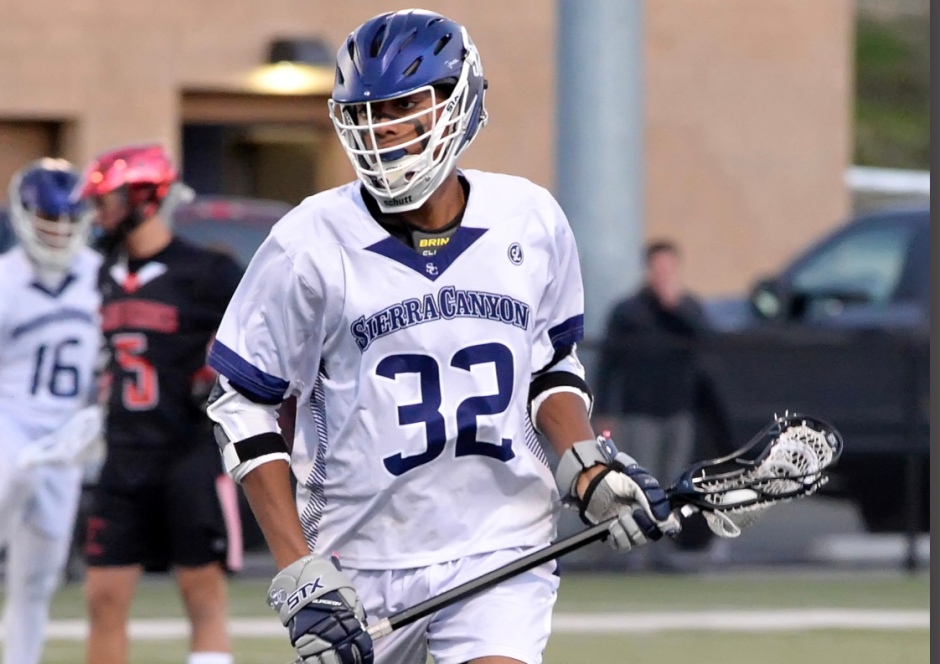 The Hampton Pirates picked up a commitment in the 2020 class on Saturday night, as Sierra Canyon (Calif.) midfielder Aris Brown signed with the Pirates.

Brown, who is the son of Pro Football and National Lacrosse Hall of Famer Jim Brown, announced his commitment to the Pirates via Instagram on Saturday night. Brown is the 15th addition to the Pirates’ 2020 class.

“I really liked the school as a whole, and wanted to play competitive lacrosse with kids that look like me and make some history,” Brown told Lacrosse Bucket

The 6-foot-4, 180-pound midfielder helped lead Sierra Canyon to three consecutive Gold Coast League titles and LA CIF playoff appearances. He was also a four-year starter for the Trailblazers. Brown stated that he views his game as “pretty versatile” and loves to play both ends of the field.

While his father has been a big influence throughout his athletic career, Brown said he wants his game to speak for itself and not just be labeled as Jim Brown’s son. He also stated that he does not feel that much pressure, despite his father’s legacy.

“My dad has influenced my athletic career by giving me things to work on when he watches me play,” Brown said. “No matter how well I play, there’s always something that he thinks I can improve on. I’m very grateful for it though, and how it’s helped me throughout high school.”

At Hampton, Brown comes into a program that will be heading into its sixth season as a DI program and second under head coach Rashad Devoe in 2021. The Pirates were 0-6 and had faced the most DI opponents in program history when the 2020 season was cut short.

“As a team, we’ve had conversations about what we want to accomplish, and achieve on and off the field. Right now we know we’re the underdog, but that’s what we’re going to strive to change,” Brown said.

Brown said his expectations for himself as a freshman are to learn as much as possible, be the best teammate he can, and challenge for a starting spot. But right now, he is trying to stay in shape with weight training and running, and keeping his skills sharp during this difficult time.

One thought on “Hampton Lands Commitment From Aris Brown”