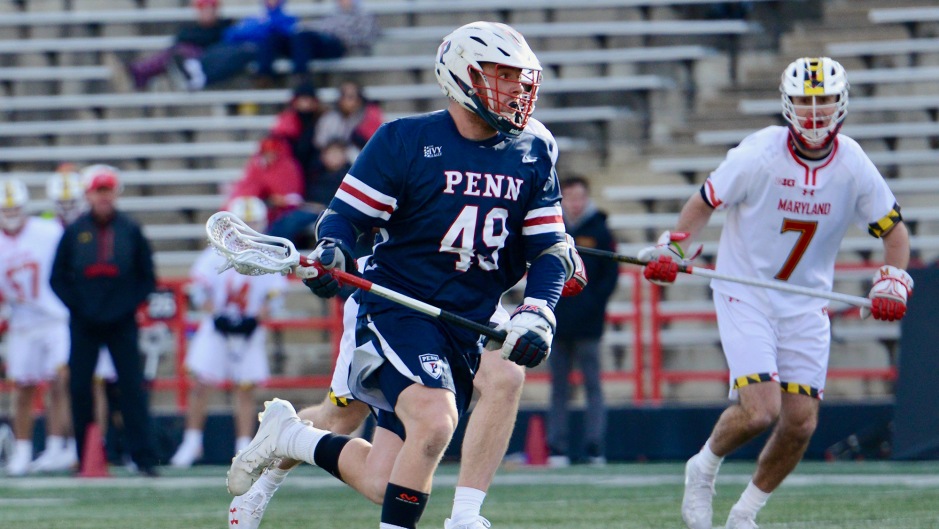 On Thursday afternoon, it was reported that Penn faceoff man Kyle Gallagher and defenseman Kyle would be heading to South Bend for their fifth and final seasons of college lacrosse.

Thorton has been a full-time starter on the Quakers defense for the past two seasons. He also started 11 games during his first two season at Penn. In 2019 season, Thorton scooped up 24 ground balls and caused 12 turnovers. He had thee caused turnovers and five ground balls during the shortened 2020 season.

Both bring a different element to this Notre Dame team that can help improve this Irish in 2021.

Gallagher gives Notre Dame an immediate upgrade at the faceoff dot, where Charles Leonard, who is a converted pole, has gotten the starting nod the past two seasons. Leonard went 58% as a junior and 46% during the shortened 2020 season. If Gallagher is able to replicate his success from Penn at Notre Dame next season, the Irish could be in for a special season.

Attackmen Griffin Westlin (6G/10A) and Pat Kavanagh (10G/6A) had great showings as a sophomore and freshman during the shortened 2020 season, and junior Wheaton Jackoboice (8G/3A) was productive, as usual. With that starting attack line a year older and Gallagher potentially being the closest thing to a guaranteed possession, the Notre Dame offense has the chance to really put a choke hold on their opponents in 2021.

While senior midfielder Bryan Costabile has declared for the PLL draft, it is still unknown if Brian Willetts will take an extra year or not.

Thorton gives the Irish another body to add to a defense that was the 25th-ranked scoring defense during the shortened 2020 season, allowing 10.6 goals per game. The Irish will return Arden Cohen, who has been a starter since he stepped foot in South Bend as freshman.

It is unknown whether Charlie Trense or Jack Kielty will return for a fifth season. But either way, adding Thorton is a huge boost for the Irish, who will be entering their second year under defensive coordinator Ryan Wellener in 2021.