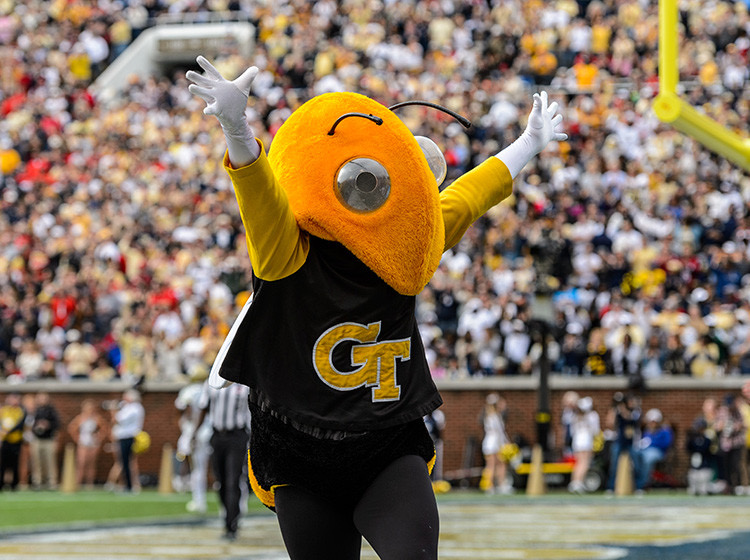 The sport of lacrosse made its way below the Mason-Dixon line in the 1800s, arriving in Baltimore and becoming an integral part of universities like Johns Hopkins. But outside of some cities like Louisville, Ky., which had an amateur club team in the late 1880s, the game never really reached what we now consider the South until the early to mid-1900s when some southern schools started to field teams.

And while everyone knows the rich histories that some of those southern programs, like Virginia, that are still around today have, many may not be fully aware that Georgia Tech also fielded a varsity men’s program around the same time that many modern ACC powers were beginning to take form.

In 1924, Dr. John Bascom Crenshaw, who had played on some of the first teams at Johns Hopkins and was a member of the Georgia Tech Athletic Board, started the lacrosse program at Georgia Tech. Thus bringing the game to the city of Atlanta and the Peach State for the very first time, at least at the college level.

The Yellow Jackets’ first season in 1924 saw them play just two games against a club team of military personnel from Fort Benning in Northern Georgia. They played essentially the same schedule during the 1925 and 1926 season, with the addition of four games against the very first Georgia team in 1926.

During those two seasons in 1925 and 1926, the Yellow Jackets went 4-4, losing both games against For Benning in 1925 but going 1-1 against them in 1926. Georgia Tech also went 3-1 against Georgia during that 1926 season, as well, winning and losing one game in Athens and both contests in Atlanta.

Crenshaw continued to build the Tech program, and by the time the 1927 season rolled around, the Yellow Jackets were playing a very tough schedule, which included a home game against Syracuse to start the 1927 season. Syracuse won the contest 11-2.

Georgia Tech continued to schedule tough in the ensuing years, playing games against the likes of Virginia, Penn, and multi-time national champion Navy during the 1928, 1929, and 1930 seasons. However, Tech has no records past the 1929 season, but they are listed as opponents in multiple team record books for the 1930 and 1931 seasons.

As previously mentioned, Georgia also had a varsity lacrosse program around the same time, having been influenced by Georgia Tech getting in on the sport. There aren’t as many records on the Bulldogs’ program, but their first season appears to have been in 1926 and their final season appears to have been in 1931. The Bulldogs played a very similar schedule to Georgia Tech, regularly scheduling teams like Virginia and Navy. They also faced Syracuse during the Orange’s trip south in 1927.

The demise of the Georgia Tech lacrosse program, and likely Georgia’s as well, was brought about, like many things at the time, due to the Great Depression, which hit the Southeast the hardest. Financial ramifications from the depression forced the university to drop lacrosse. The team was revived in 1971 under club status, where they remain to this day.

The Georgia Tech lacrosse program may have not have lasted very long, but they were one of the pioneers of college lacrosse in the South, and certainly in the Peach State, where the game is currently thriving at the youth and high school level and there are multiple college programs, and one professional franchise.

One can only wonder what could have been if Georgia Tech had kept its lacrosse program and continued to build towards national prominence. Maybe. Just maybe, they could have been something special. And the same goes for Georgia, as well.