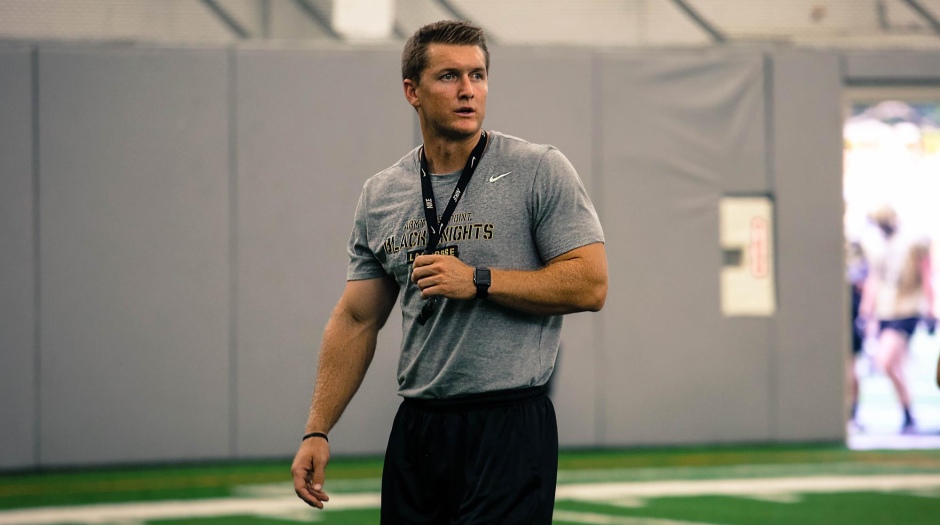 Lewis, a native of Atlanta, Ga., is a 2015 Ohio State grad. Lewis served as the offensive coordinator for southern power Lambert, Ga. in 2018, helping them go 22-0 and win their fourth GHSA State title, before arriving at Army in the fall of 2018.

During his time at West Point, Lewis coached both the faceoff group and goalies. During the shortened 2020 season, Lewis helped produce a top-50 ranked faceoff unit and coached Wyatt Schupler, who was second in the nation in goals-against average and fourth in the nation in save percentage.

Tompson comes to Air Force following 10 seasons as the head coach at DIII power Amherst. Thompson led the Mammoths to the DIII title game last season and finished his stint there with a 125-47 overall record. His tenure at Amherst ended with his firing after a racial incident involving members of the men’s lacrosse team this past spring, which has led to the school placing sanctions on the program for the 2020-21 year.

A Freeport, ME native, Thompson also served as the head coach at Colby College prior to his arrival at Amherst. He is a 2003 graduate of Brown and got his start in coaching as a volunteer with the Bears under Lars Tiffany.