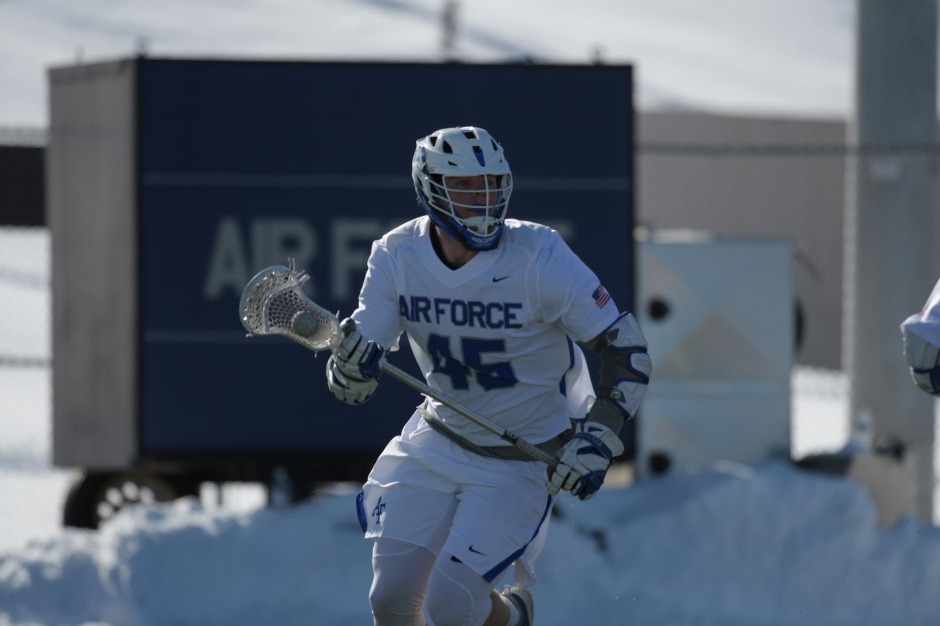 When Air Force joined the SoCon ahead of the 2016 season, the Falcons were coming off of an 8-7 season but were just two years removed from making their first NCAA Tournament appearance since 1988. And in the final two seasons of the Eric Seremet era, the Falcons had two of their most successful seasons in program history, going 15-3 (7-0) in 2016 and 12-6 (6-1) in 2017. They won the SoCon both years, thus making back-to-back trips to the NCAA Tournament for the first time in program history.

Then things seemed to come to a screeching halt.

In the fall of 2017, the Falcons were plagued by an internal hazing investigation that saw Seremet’s tenure with the Falcons come to an end.

Bill Wilson was promoted to interim head coach that fall and eventually took over fully after leading the Falcons to a bumpy 5-10 (3-4) 2018 season, which marked their first losing season since 2012.

But if anyone could guide the Falcons back to their winning ways, it was Wilson. He had been there through the entire Seremet era and had a hand un building up the program to be as successful as they had been. He had also been a head coach before, running the show at Dartmouth for six seasons prior to his arrival at Air Force and had some success there.

Wilson led the Falcons to a 10-5 (6-1) season in 2019, losing to the eventual champions Richmond in the SoCon semifinals by one goal. And at the time the 2020 season was cut short by the Coronavirus Outbreak, the Air Force Falcons was sitting at 4-3, which included a marquee win over Duke, and about to enter SoCon play.

Coming into the 2021 season, there are certainly many reasons to be optimistic about this Air Force team.

For one, they only graduated two full-time starters in defenseman Griffin Peene (2CT/11GB) and attackman Trey Lervick (12G/7A) – which means a good chunk of their production on both ends of the field will back in 2021, and much of that production is experienced youth.

The offense will, and rightfully so, get the bulk of the attention this season. John Grant Jr. revitalized the Falcons’ offense during his two years as offensive coordinator (2019,2020). And the effects of Junior’s influence on the offense were especially seen this season, as the Falcons did much more work in the two-man game, using picks, and more “box” principles. With Junior now at Johns Hopkins in the same role and Jon Thompson, who was fired as the head coach at Amherst after a racial incident, taking over the reigns of the Falcons’ offense, things could look different this spring from a systematic standpoint.

And while the change in offensive coordinators does create some uncertainty, their is confidence in the players on the field that they can get the job done. Sophomore Brandon Dodd was one of the most impressive freshman in the nation last season, breaking onto the scene with eight points (4G/4A) in the Falcons’ season-opening win against Duke and continuing to find success with the keys to the offense in his hands. Dodd finished the season with 27 points (11G/16A).

Dodd is the quarterback of this offense and if he is on his game, progresses even more, and avoids any kind of sophomore slump, it could be a very good year for the Falcons. And they have a few other weapons surrounding Dodd, as well. Senior Quincy Peene was one of their most efficient shooters last season, netting 9 goals off of 17 shots for a .529 shooting percentage. The the majority of the 6-foot-4 midfielder’s goals were unassisted, but his first two against Duke were off feed from Dodd. That connection between the two should certainly be stronger this coming season and could prove to be quite dangerous.

Sophomore attackman Ethan Grandolfo is the Falcons’ second highest returning scorer, tallying 14 points (10G/4A) as a freshman in 2020. Starting in six of seven games as a freshman, Grandolfo was quite early on but really started to find his feet after two or three games, busting out for four goals against Cleveland State. Expect him to continue to find success as a sophomore and take another step forward.

The defensive side of the field, however, is a different story.

Senior goalie Braden Host returns after a strong junior season, where he made 86 saves off of 253 shots for a 54% clip. He was also a captain last season as a junior, in addition to his efforts in cage which helped anchor the Falcons’ defense.

With Griffin Peene having graduated, Quentin Carlile should take on a bigger role in the defense and has a chance to be their number one pole. The Indianapolis native started in all five games he appeared in, causing eight turnovers and scooping up 17 ground balls. In addition to his efforts as an on-ball defender, he can get out and run to help push transition and early offense. He notched his first career point on an assist against Duke on a transition sequence.

Penne was one of very few consistent pieces on defense for the Falcons last season, but things should be much more set in stone during this upcoming one. Senior defenseman Vince Lombardi should also take a step forward after appearing and starting in five games last season, as well as Chandler Devaney, who started in three games and appeared in five.

Air Force was outscored 77-72 and let their opponents put up an average shots on goal percentage of .626 and allowed nearly 40 shots per game. However, their defense was very strong on the penalty kill, only allowing 6 of their opponents 27 power play opportunities to end in goals. The Falcons had the 16th best penalty kill (Man-down) unit last season.

The Falcons’ defense wasn’t exactly spectacular in the seven games they played last season, but if they can keep things cohesive and don’t leave Host out to dry as much as they did last season, they could make some serious headway on the back end and be a strong unit.

Another areas where Air Force was not strong last season was at the faceoff dot. Ryan Lynch is gone and their two returners, junior Brian Michael and sophomore Dylan Frankhouser, went 12-for-38 (32%) and 3-for-13 (23%) last season. Based on last season’s performance, Michael looks to have the upper hand but it will certainly be a point of interest coming into the season for the Falcons.