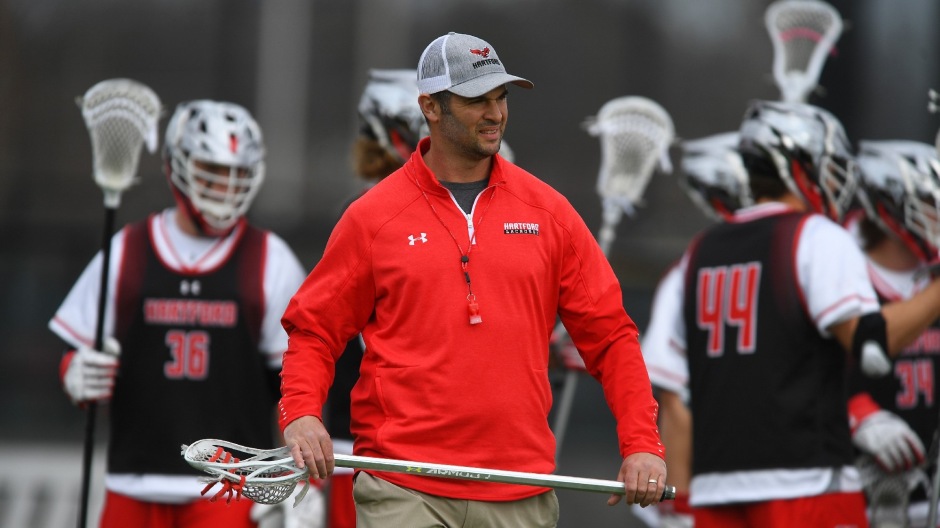 The Ryan Martin era began after one of the most successful seasons in program history, as the Hawks went 11-7, won the America East tournament, and made an appearance in the NCAA Tournament. But they have skid back a bit since that final year of the Peter Lawrence era, going 6-8 in 2017, 3-8 in 2018, and 4-11 in 2019.

However, things look to be starting to trend back upwards for Hartford. Before the 2020 season was cancelled they posted a 3-3 record, which included some close losses. And while their margin of loss has gone down slightly in the past few seasons, they have also seen their overall output in terms of goals per game increase and in 2020 looked to be on track to surpass their average of 11.2 from 2019, which was their best season in that category in the Martin era.

And that trend looks like it could continue coming into the 2021 season, as they return all five of their top scorers from a year ago.

Senior Carter O’Connell (14G/4A) looks to lead things from the midfield again this season, alongside fellow senior Tyler Corpora (13G/2A) and junior Andrew Boniface (2G/6A). At the attack spot, senior Christian Paley (9G/9A) should lead the way once again after a second straight solid season and junior Braeden McKercher (7G/1A) looks to take another step forward in his development. In addition, the Hawks return a number of other guys who have seen significant time and will certainly see their production in crease in 2021, such as midfielder Justin Tkachuk, Anthony Sericolo, and multiple others.

And while this Hawks do lose a big pieces of their offense in attackman Ty Thompson, who was a consistent presence at attack for the past few seasons, due to graduation, returning the amount of talent as they do at both the attack and midfield positions will surly provide a great balance that can only work in their favor.

The Hawks are also likely to have one of the best one-two-punches at the faceoff dot in the conference. Not only do they return Andrew Moynihan, who went 51-for-81 (51%) this past season after transferring in from DIII Wilkes, but they have also added Hampton transfer Ian Groom. He went 87-for-154 (56%) during the shortened 2020 season and  194-for-275 (70%) in 2019 as a freshman, ranking third in the nation in faceoff percentage.

Having a one-two-punch at the faceoff dot will not only help aide this balance Hartford offense that has proven to be able to score in streaks, but could also play into their defensive game as well. The Hawks defense ranked 21st in DI in scoring defense last season, allowing 10.33 goals per game, which was on track to be one of their best defensive seasons in the Martin era.

Sophomore Zach Buffington (11GB/10CT) and junior Chris Campbell (12GB/8CT) are the Hawks’ top two returning poles from a year ago. They should both continue to progress and be the leaders of this youthful defense once again in 2021. LSM Andre Sokk (11GB/3CT) will also be back after a solid freshman campaign and should be able to put up similar numbers.

While Logan looks to get the starting nod, at leas at the start of 2021 based on past performance, the duo, who were both sophomores last season, can certainly provide an impact on the back end and really lead this youthful Hawks defense. They will need that back end to step up and progress again this season if they want a shot at taking another step towards getting back to where they were during that historic 2016 season.

One thought on “With Balanced Offense, Hartford Can Take Another Step Forward in 2021”