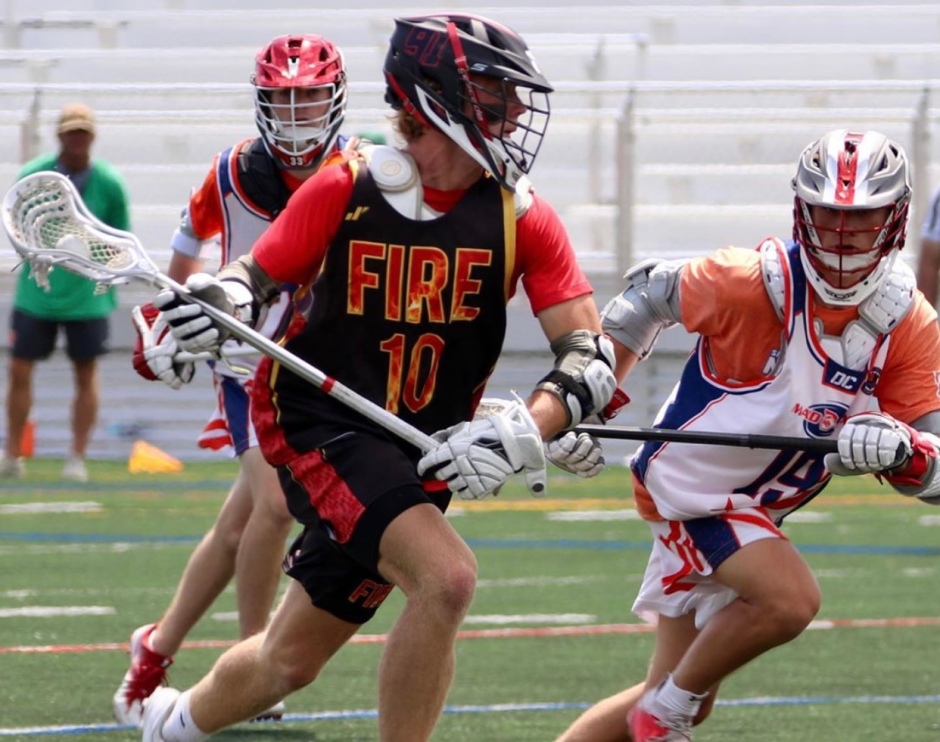 Joe Albrechi and the Army Black Knights landed a commitment in the 2022 class earlier this week, as Culver, Ind., attackman Haydn Sommer announced on Monday that he would be taking his talents to West Point.

“I’ve always wanted to serve my country in any way possible, so when I was looking at colleges I started with the service academies,” Sommer told Lacrosse Bucket. “Out of the three academies, I felt like I had the best opportunity at Army because of the amazing academics and the strong lacrosse culture that I saw being built at Army.”

The Black Knights reached out to Sommer in early July when the contact period opened up for the service academies. He stated that he has talked with both head coach Joe Alberchi and offensive coordinator Justin Ward. Sommer said that he has been able to get on a Zoom call with Coach Alberchi and Ward where they were able to take him on a tour of campus.

Sommer is one of two Army commits, along with senior faceoff man Alec Vaccaro, on Culver’s roster and the program has produced multiple Army lacrosse players in the past. Sommer said that the Culver-Army pipeline and connection has been fantastic. “I’ve been able to connect with a few Culver grads who have talked to me about the transition from Culver to West Point and some of the things they loved about the school.” Sommer said. He also stated that Vaccaro has been great to talk to, as well.

Rated as a three-star prospect by Inside Lacrosse and ranked as the No. 47 player in the 2022 class by the National Lacrosse Federation (NFL), Sommer describes himself as a fast and relentless player. As a freshman at Bridgeland, he earned All-District honors. As a sophomore, he helped lead them to 3-2 record before the season was cancelled.

While Sommer said that things were very different once Coronavirus hit, he didn’t take long to adapt to a new training regiment and schedule. “I was able to get some of my friends out with me and we would go do 1v1’s in the morning and shoot, and then in the afternoon I would go lift,” said Sommer.

Coming into his first year at Culver, Sommer said his goal is just to put in the work and make his name known. “I want to make a name for myself, work hard, and prove that I can play big time lacrosse.”