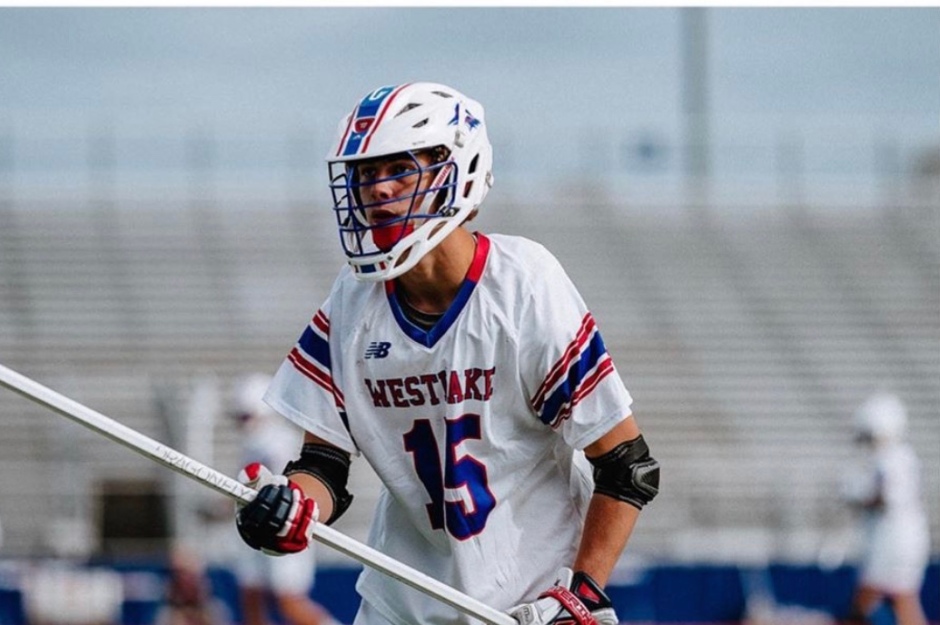 Kevin Conry and the Michigan Wolverines picked up 2022 commitment out of the Lone Star State on Wednesday, as Westlake, Texas, defenseman Carter Barksdale announced that he would be taking his talent to Ann Arbor. Barksdale was the first of two commitments on the day for Michigan, as Culver, Ind., LSM Jimmy Pisani announced his commitment to the Wolverines two hours later.

The Wolverines now have five in the boat in the 2022 class. St, Michael’s, Ont., attackman Finlay Thompson, St. Sebastian’s, Mass., faceoff man Jack Rideout, and Brighton, Mich., midfielder Carson Billig have also announced that they will be donning the maize and blue.

Barksdale announced his commitment to the Wolverines via social media.

Michigan head coach Kevin Conry originally reached out to Barksdale on September 1st, which was the first day DI coaches could contact 2022 recruits, and has had multiple conversations via phone and Zoom calls with him over the past few weeks. Barksdale said that he has been to Michigan twice, including for their game against Notre Dame in 2019.

“I visited Michigan during their prospect camp and I fell in love with it,” Barksdale told Lacrosse Bucket. “I loved the coaching staff, campus, and the city of Ann Arbor. Immediately, it felt like a place I wanted to spend 4 years.”

A 6-foot-1, 165 pound defenseman, Barksdale described himself as a lockdown defender who also possess the ability to move the ball up the field and strike in transition. As a freshman in 2019, he was named an THSLL DII All-State selection and named to the Under Armour All-American Southwest Command Team for the 2019 Under Armour Underclass Games. During 2020, he helped lead the Chaps to a 6-1 record before the season was cancelled and was an invitee to the Under Armour Junior Spotlight Game this past summer. Barksdale is a dual-sport athlete, also playing football for Westlake.

While the Coronavirus cancelled the remainder of the spring season and greatly condensed the summer, Barksdale said that he has still been able to remain focused on improving his game. “Fortunately, I was able to get a squat rack early on, so I was able to continue my workouts and wall ball. It really gave me a great time to purely focus on improving athletically.”

Coming into his junior season, the defenseman says that he is focused on helping lead his team to a state title.

One thought on “Texas Defenseman Commits to Michigan”