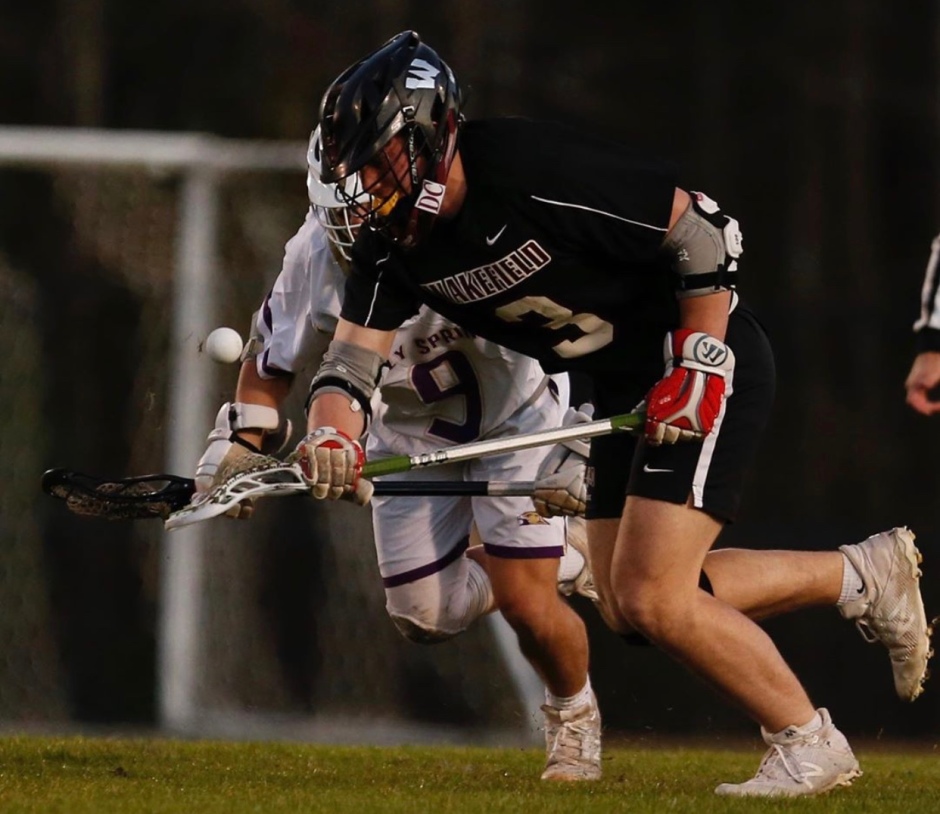 Nick Myers and the Ohio State Buckeyes landed a commitment in the 2022 class out of the Tar Heel state on Wednesday, as Wakefield, N.C., faceoff man Coleman Kraske announced that he would be taking his talents to Columbus.

“As a young boy always wanted to go big,” Kraske told Lacrosse Bucket. “It doesn’t get any bigger than Ohio State!”

Kraske has never even been to the Buckeye state, nonetheless to Ohio State to see the school in person. But he has done a virtual tour. The faceoff man has only been in contact with the staff at Ohio State for a bout a weeek. He joked, “We were only dating for 48 hours.”

The 6-foot, 207 pound faceoff man came onto the high school scene strong, going 125-for-184 (68%) while helping lead the Wolverines to a 13-2 record and an NCHSAA 4A second round playoff appearance. He was named First-Team All-Conference and First-Team All-Rookie following that 2019 season. They were 1-4 when the 2020 season was cut short.

Coming into his junior season, Kraske stated that he has multiple goals he wants to accomplish, both personal and team oriented. “I want to make first team all state, first team all conference, and player of the year. And obviously to win a state championship!”