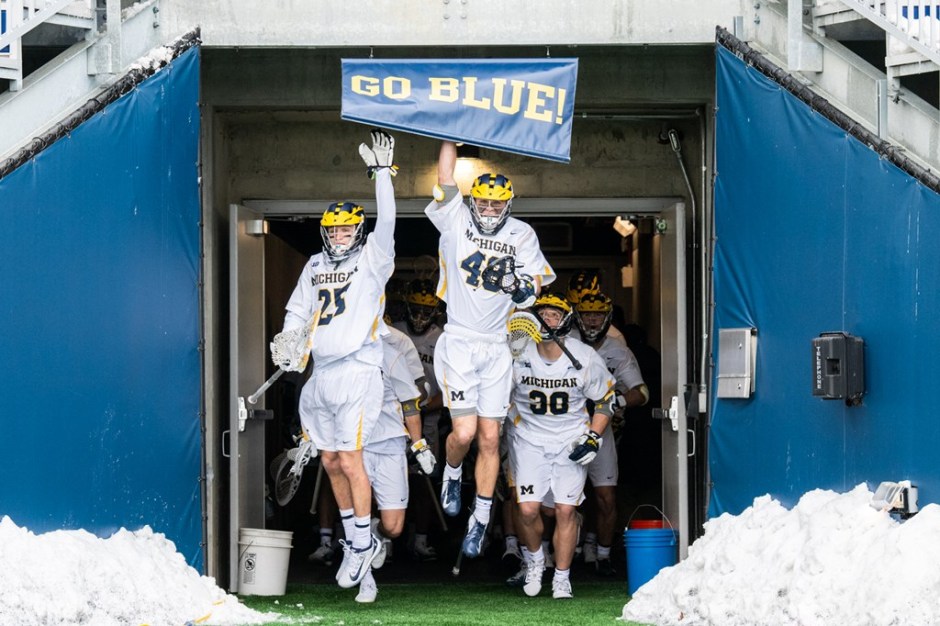 Since the program’s move from club to DI in 2012, Michigan lacrosse has been anything but special. The Wolverines have only had two winning seasons and won three conference games in the Big Ten. Michigan has been at the bottom when it comes to DI programs in the midwest, getting surpassed by newer programs such as Marquette and seemingly falling further behind established ones like Ohio State and Notre Dame.

While the past hasn’t been very pleasant to Michigan, the future is very bright in Ann Arbor. And that bright future could very well start in 2021. Since Kevin Conry was hired, the athletic department has made a commitment to lacrosse, which included a $168 million dollar lacrosse-only stadium and facility, and they have drastically increased their efforts on the recruiting trail. Now entering the fourth year of the Conry era, things look like they are all starting to come together and we could see the long-awaited rise of Michigan lacrosse begin to take hold this spring.

Now does that mean unleashing a surprise attack on a stacked Big Ten? No. But that does mean that we could see Michigan be more competitive against quality competition than ever before, and that certainly includes Big Ten competition.

After going 4-3 during the shortened 2020 season, the Wolverines return a majority of their starters and impact players from last season. Three of which were just freshman a year ago. In addition to the talent that the Wolverines return, they also bring in one of the top recruiting classes in the nation. The class is highlighted by St. Ignatius, Calif., attackman Michael Boehm and Seton Hall Prep, N.J., midfielder Kyle Stephenson. Both are ranked as top-30 recruits by Inside Lacrosse. Former Limestone midfielder Tyler Papa will be using his fifth-year of eligibility at Michigan after a successful career at DII powerhouse Limestone, where he was a multi-time All-Conference and All-American.

Stephenson and Papa will be joining a midfield unit was one of the best in the nation last season and really carried a lot of the weight for this offense. The Wolverines’ midfield unit produced 45% of their offense. And much of that success can be attributed to sophomore Josh Zawada (16G/16A). The freshman sensation was not only their top midfielder but their top offensive threat overall in 2020. It’s safe to say that he lived up to the hype as a freshman and it looks like he will have a very successful career in Ann Arbor.

Outside of Zawada, senior Alex Buckanavage (11G/11A) and sophomore Jake Bonomi (5G/4A) also contributed heavily at the midfield spot and are expected to continue playing at that same level in 2021 as they did last season.

But this offense is a far cry from being a midfield-only unit. Attackmen Bryce Clay (20G/2A) and Kevin Mack (13G/3A) are two of the top goal scorers on this squad and have been since they stepped foot on campus. The two heavy shooters are expected to be two of the Wolverines primary targets again this season, and with the amount of talented passer around them, especially at midfield, this Michigan offense looks like it could work very similar to last season and will likely be more efficient with the amount of both impact players and role players that have, at least, seven games of true game experience under their belt. It wouldn’t be surprising at all to see this offense, which ranked 23rd in the nation last season, take a sizable step forward in 2021.

Michigan was very young and amongst the bottom half of teams in DI on the defensive end last season, ranking 42nd in scoring defense as they allowed 11.86 goals per game. They will certainly want to improve in that department this spring. And the fact that they were so young last season suggest that they can take some pretty significant steps on the back end.

In goal, Michigan saw Matt Trowbridge start six games and John Kiracofe, who was a sophomore, started in their final game of the season against Marquette. He made 13 saves with a 52% save percentage in that outing against the Golden Eagles and saw significant time in multiple other games. He should be the next guy up in between the pipes and has clearly shown that he can hold his own and anchor this defense.

The Wolverines return junior Nick Rowlett at the faceoff dot. After missing his freshman season due to injury, the Old Dominion native went 73-for-144 (55%) at the dot as a sophomore.

*Note: The NCAA has granted an extra year to spring sport athletes. However, not every team has put out their 2021 roster yet and a full 100% accurate list of every senior returning is unknown. If you know any impact player who is returning but was not mentioned in the above article please comment, DM, or email us. Thanks*