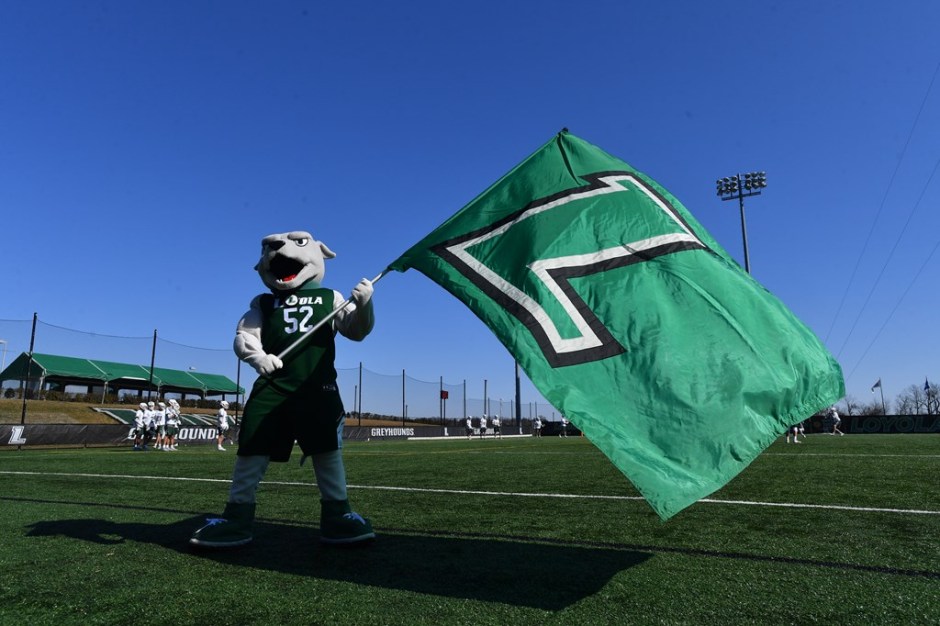 It has officially been two months since the September 1st date, which was the first date that college coaches (outside of the service academies who could start contacting 2022 recruits on July 1st) could contact 2022 recruits.

Last month, we looked at some of the early winners on the recruiting trail. And while there wasn’t as much movement in October, there was still plenty of action and multiple programs come into November riding high following impressive hauls in October.

Here is a look at some of the programs that put together the most impressive 2022 recruiting hauls in October:

No program had more success on the recruiting trail in the month of October than Charlie Toomey and the Loyola Greyhounds. Currently boasting the No. 7 class in the nation, according to Inside Lacrosse, the Greyhounds landed seven commitments over the past month.

McDonough, Md., midfielder Hugh Brown, Manasquan, N.J., defenseman Dylan LeBlanc, Medfield, Mass., attackman Luke Murphy, and Delbarton, N.J., LSM Max LaTorre are some of the headliners of this class and by far the headlining commitments for the Greyhounds over the past month. All four are rated as Four-Star prospects by IL.

On film, Brown has shown to be more of a traditional downhill dodger and outside shooting threat kind of midfielder, while Murphy has shown a skillset that could translate to either attack or midfield at the college level with the passing ability and speed that he displays. These two added to a class that already features some studs on offense, such as St. Stephen’s & St. Agnes, Va., attackman Will McCulloch, only increases the caliber of play that the Greyhounds currently have committed in this class on the offensive end.

LeBlanc and LaTorre and just two of three commitments on the defensive end, along with St. Paul’s, Md., goalie Max Watkinson. Both have shown to be pretty active defenders off-ball, good off the ground, and solid one-on-one defenders. LaTorre has shown to be the better takeaway artist of the two and LeBlanc looks to be better using his body.

Mike Murphy and the Penn Quakers currently hold the top-ranked 2022 recruiting class in the Ivy League and ninth in the nation, according to Inside Lacrosse.

The Quakers picked up their biggest commitment in the class early in September, with Taft, Conn., goalie Thomas Ricciardelli, who is rated as a five-star by IL, announcing that he would be taking his talents to Philadelphia. They also picked up five other commitments from highly-rated players in the month of September.

In October, the Quakers landed three commitments. The biggest, by far, this month came from Brother Rice, Mich, midfielder Pauiel Fortino announcing his commitment to the Quakers. The big, physical midfielder is one of the best players out of the state of Michigan and the Midwest in general. On film, he has shown to know how to use contact to his advantage inside and has one heck of a shot that he can let rip from multiple spots on the field.

Westlake, Calif., defenseman Ryan Sullivan and Taft, Conn., midfielder Isaac Korus are the other two commitments that the Quakers picked up in the month of October. Sullivan is just the second defenseman in the class and Korus is the fourth midfielder in the class. Both have shown to have the ability to be do-it-all players at their respective position.

Peter Milliman and his staff focused heavily on building the 2021 class this summer following his hiring. But since mid-September they have really ramped things up in the 2022 class and reeled in some real gems. Inside Lacrosse has the Blue Jays’ 2022 class currently ranked at No. 12.

Rated as a four-star by IL, Don Bosco, N.J., attackman/midfielder Koleton Marquis is one of the highest-rated players in the class for the Blue Jays and their biggest commitment over the past month. Marquis is an absolute playmaker and wizard with a stick. Just seeing him on film, you can see the influence box has had on his field game.

The rest of the Blue Jays’ October commitments came on the defensive end of the field, as Hun School, N.J., defenseman Carson Brown and The Hill Academy, Ont., goalie Lucas Lawas announced that they would be taking their talents to Homewood. Brown, who is a pretty lengthy defender, has shown to be a solid takeaway guy and has a strong off-ball presence. Lawas may be on the smaller side, but is a solid inside stopper and plays bigger than he is.

Princeton found some success at the attack position over the past month, receiving commitments from Chad Palumbo out of Nobel & Greenough, Mass., and Quinn Krammer out of Lake Washington, Wash. Both are rated as four-stars by Inside Lacrosse.

The Richmond Spiders grabbed one of the top players in the class from the Old Dominion State, landing the services of Patriot, Va., LSM Aidan Fairchild. The junior has shown to be an aggressive defender, smart off-ball, and has fantastic stick handling skills and can run the field well. He is rated as a four-star by Inside Lacrosse.