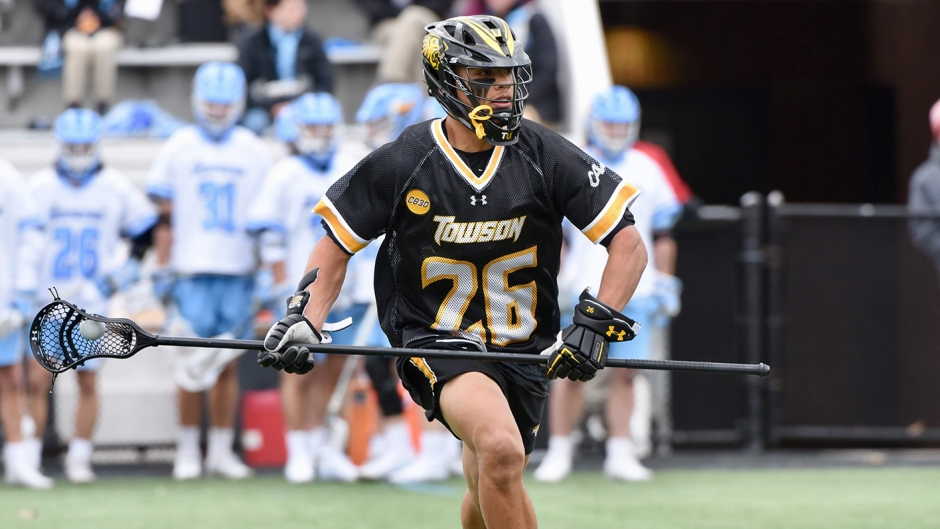 Before the 2020 season was cancelled due to the Coronavirus outbreak, the Towson Tigers went 0-6. And while their loss against Mount St. Mary’s only came by one goal, their other five losses all came by, at least, five goals and were blowouts by the time the final horn sounded.

And it wasn’t just their record that was bad at the time the season was cancelled. The Tigers were tied with Lafayette and Binghamton as the 69th-best scoring offense in the nation (7 goals per game), ranked 72nd in shooting percentage (.223), was tied with Penn for the 57th-best scoring defense (14 goals allowed per game), and was 72nd in faceoff win percentage (.302).

Towson was simply horrible last season. They didn’t look one bit like the same program that went 11-5 and lost to Maryland in overtime in the first round of the NCAA Tournament just a year earlier. And they were a far cry from that 2017 team that made a trip to Championship Weekend.

But as bad as Towson was last season there has to be some light at the end of the tunnel that gives even a glimpse of hope that this program, which Shawn Nadelen has turned into one of the most powerful mid-majors in college lacrosse, can turn things around and at least be competitive in 2021.

That glimpse of hope lies on the defensive end of the field and in the form of a 6-foot, 200-pound fifth-year senior, who goes by Koby Smith. The Lutherville, Md., native was, by far, the Tigers’ best and most consistent player last season. One of the best defensemen in the nation, Smith is the motor of not only this Towson defense but this squad as a whole. Last season we saw Smith continue to be a force on the back end, but he also showed much more of his ability to generate offense in transition and even be a threat on that end at times. With Smith returning for a fifth season this defense can be successful and be the focal point of this program, as they have done so many times in the past.

Outside of Smith, the Tigers also return goalie Shane Brennan (51%) for an extra season. He started in four contests last season and should continue in that role this spring. The rest of this Tigers’ defense is pretty young. Garrett Zungailia (12GB/7CT) and Ryan McNemar (10GB/3CT) were both impact players at close defense last season as a sophomore and a freshman. Zungailia started all six games while McNemar started the final three games and appeared in four contests, overall. Additionally, Mo Sillah (12GB/7CT) served as the Tigers’ top LSM and should only continue to get better as a junior.

This defense has potential, and when you take into account how much youth they played on the back end last season it almost makes sense as to how down they were. But overall, their defense was one of their strengths, as always, and they should be expected to make a pretty sizable jump in overall production this spring.

Looking at the offensive end of the field, things appear very similar. The Tigers’ return four of their top five point-getters from last season, which includes fifth-year returnee Brody McLean (9G/3A), who was their leading scorer last season. They will also return juniors James Avanzato (6G/3A) and Austin Stewart (1G/8A), who had breakout seasons after transferrin in from Maryland and Denver, as well as redshirt senior Luke Fromert (4G/1A).

After being a fairly young and less experienced unit last season, as opposed to the veteran laden offense we saw from the Tigers in 2019, Towson is certainly capable to taking a pretty sizable step forward this spring. With McLean back for an extra season and guys such as Avanzato and Stewart coming off of impressive seasons as sophomores, this unit certainly has a fairly high ceiling. And if the flashes some of these guys showed last season are any indication of what this offense can be, things could look much improved for the Tigers on offense in 2021.

The biggest area of concern coming into last season was at the faceoff dot after the graduation of Alex Woodall. And those concerns proved to be warranted, as the Tigers finished the 2020 season ranked 72nd in faceoff win percentage. They were 3rd in the nation in 2019. Dropping that far in any category is never a good sign.

Either senior Joey Chesnutt (33%) or sophomore Shane Santora (45%) will have to step up and improve drastically this season after serving as their top two options at the dot last season. Towson also brings in freshman William Firth, who should be in possible contention for that number one spot and could see some action this spring.

2 thoughts on “How Does Towson Rebound From a Woeful 2020 Season?”