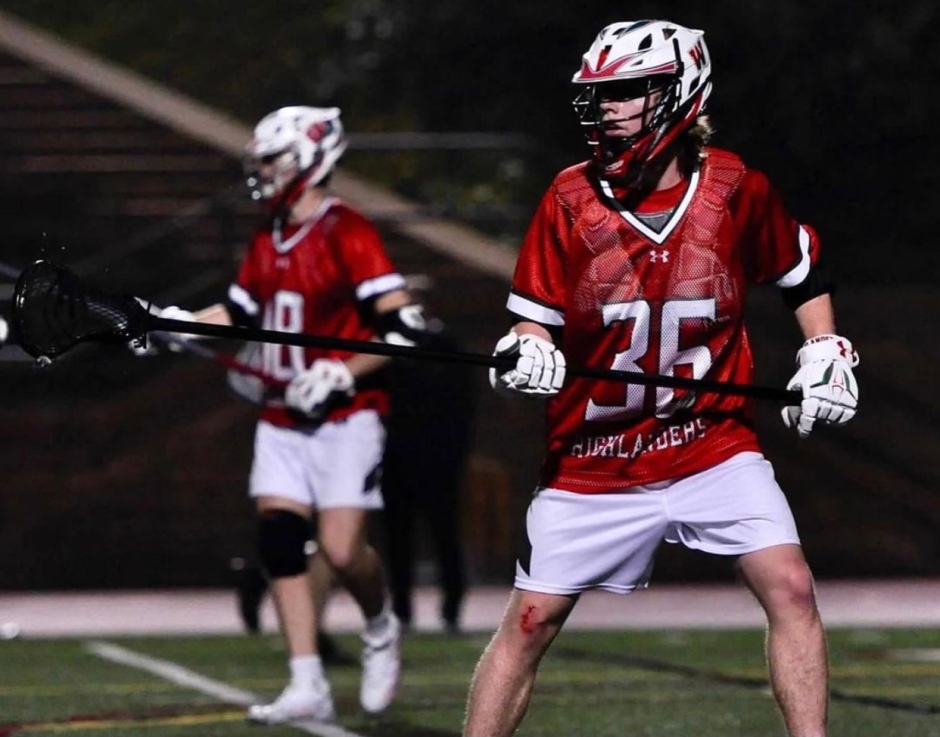 James Purpura and the VMI Keydets picked up a commitment in the 2022 class on Wednesday, asThe Woodlands, Texas, junior LSM Connor Franklin announced that he would be taking his talents to Lexington in a few years. He announced his decision on Instagram.

“I want to be shaped into a man who has the drive to want to win at everything and I felt like my goals aligned with VMI’s and thought it was the best place that would help me reach my full potential,” Franklin told Lacrosse Bucket

VMI head coach James Purpura first made contact with Franklin last Monday. While recruiting is currently in a dead period, which prohibits in-person recruiting, Franklin has been able to take a virtual tour. “The campus was beautiful, the town looked like a bright place and a good community all around.”

A strong on-ball defender, Franklin caused 13 caused turnovers and scooped up 21 ground balls while helping the Highlanders to a 6-4 record in 2020 before the season was cut short. He helped his team go 15-8 as a freshman in 2019 and earned All-District honors.

Franklin said that he really wants to focus on being more physical. “I throw a lot of checks and I am not the biggest man, I am looking to improve on holding back those checks and playing more physical, as well as hitting the gym more and getting bigger.”

Coming into his junior season, Franklin mentioned that he wants to be the best LSM in the state, lead his team in both caused turnovers and ground balls, and improve as a leader and a teammate.