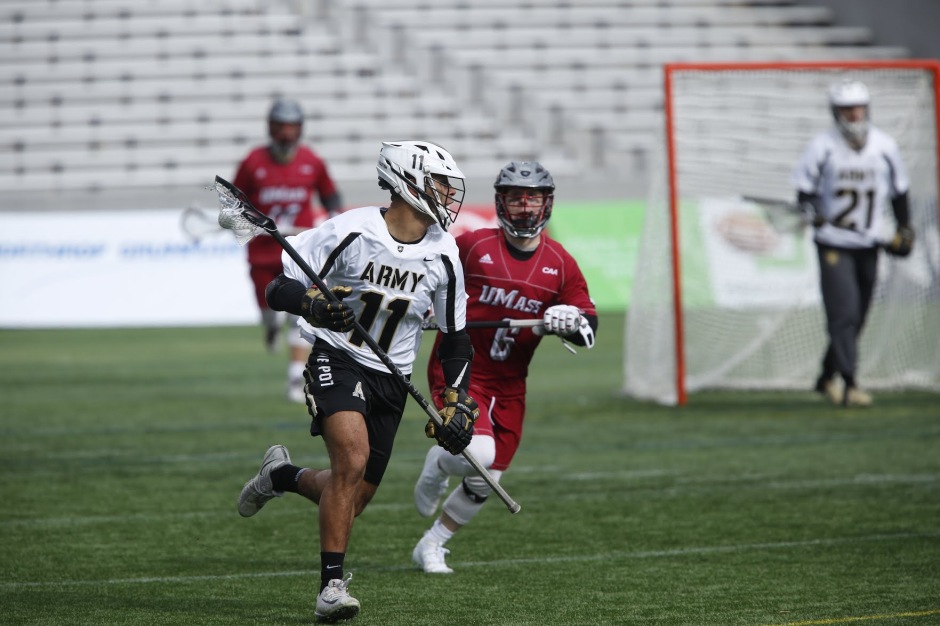 With the college lacrosse season just months away, Lacrosse Bucket is looking forward and examining some of the top positional units coming into the 2021 season.

Here is a look at some of the top defensive units in college lacrosse:

Traditionally known for having staunch defenses, the Black Knights will look to uphold that tradition again this season. Goalie Wyatt Schupler, who ranked fourth in the nation in save percentage (.617) last season, and defenseman Marcus Hudgins (20CT/26GB) are their only two returning full-time starters on the back end. Their top LSM,  LSM Kyle Beyver (26GB/7CT), will also be back. However, this unit doesn’t rebuild – they reload. That should be the case again in 2021.

During the shortened 2020 season, the Georgetown Hoyas housed one of the best defensive units in the nations. That doesn’t look to change in 2021. The two-headed monster of Gibson Smith (7CT/24GB) and James Donaldson (5CT/5GB) look to lead the way on the back end for the Hoyas again this season, They will also return Owen McElroy, who led the nation in save percentage (6.30) in 2020, in cage. This unit should be one of the best in the Big East again this spring with all that they return, starters and reserves.

Defense has been crucial to the identity of this Providence squad in recent years, ranking in the top ten nationally three of the past four seasons. That trend should continue in 2021, as they return their top pole from last season in Emmett Jennings (12CT/20GB) as well as goalie Toby Burgdorf, who ended the 2020 season ranked second in the nation in save percentage (.628). Junior LSM Mike O’Grady (15GB/6CT), who started one game at close last season, will also return and could make a big impact again.

The Buckeyes housed the best defense in the Big Ten last season and have been, somewhat, known for having heave defenses in recent history. 2021 could see Ohio State have its best defense in quite sometime. Much of that is thanks to the transfer portal, where they got Furman goalie transfer Alec Van de Bovenkamp and defenseman Eric Wenz from Hofstra. Both could end up being massive additions. The Buckeyes also return two of their top poles from last season in defenseman/LSM Jeff Henrick (19GB/7CT) Jacob Snyder (5GB/5CT).

During the shortened 2020 season, the Orange gave up the least goals (47) of any ACC team and ended the season tied for 11th in scoring defense in DI. This unit, while does loose Nick Mellen, should churn out another solid year. Goalie Drake Porter returns for a fifth season and they bring back starting poled Brett Kennedy (8GB/5CT) and Nick DiPietro (9GB/6CT). Gettysburg (DIII) LSM transfer Mitch Wykoff and Utah transfer Nick Hapney only add to the talent on the back end. They also have fairly strong stable of SSDMs with Dearth coming back for a fifth season and Brandon Aviles coming off a very strong freshman campaign.