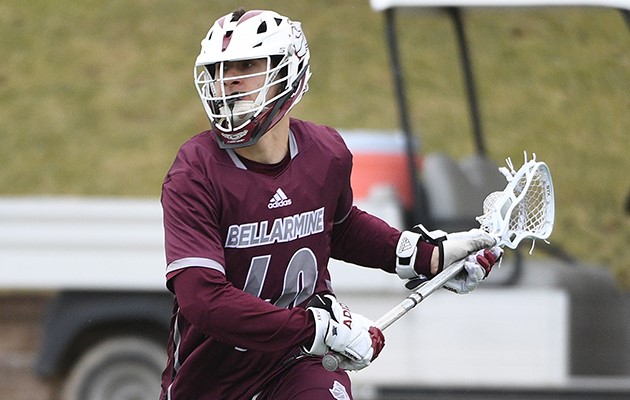 The Bellarmine Knights are the first team to release their 2021 schedule. The Knights come into the 2021 season after going 2-6 during the shortened 2020 season and will not led by a new head coach for the first time in three years, as Andy Whitley enters his second season in Louisville.

1/30 & 5/1 @ Mercer: In what will likely be the very first college lacrosse game of the season, the Bellarmine Knights will face the Mercer Bears. They will face each other again during the final week of the season. Only the final meeting between the SoCon teams will count as a conference game. The Knights and Bears did not face each other last season due to the season getting cut short, but have faced off every full season since 2011. Bellarmine won their last meeting, 16-13, on the road in Macon during the 2019 season. Bellarmine holds an 8-1 lead in the series and has won the past four meetings by an average margin of 3.5 goals.

2/6 vs Utah: Bellarmine and Utah have faced each other in Salt Lake City in each of the Utes’ first two seasons as a DI program. Utah won both contests, taking down the Knights 16-10 last season and 10-9 in 2019. Last season’s contest saw Utah get out to a 10-4 lead at the half, but a four-goal third quarter helped Bellarmine find some momentum and tie the Utes, 6-6, in the second half.

2/10 & 4/24 @ Jacksonville: The Knights will travel down to the Sunshine State and face the Jacksonville Dolphins twice. Only the final meeting will count as a conference game. The two didn’t play last season due to the season getting cut short, but have faced off every full season in 2014. Jacksonville, who should be the favorite for that SoCon tournament fourth seed again this season, has won the past three contest and the all-time series is tied at three. However, their past two contests have been interesting. In 2018, Jacksonville pulled away to win 9-5 after only leading 2-1 at the half. In 2019, the game was tied at six early in the fourth, but the Dolphins scored five of the final seven goals to win 11-9.

2/27 & 4/10 vs/@ VMI: Bellarmine and VMI, who is led by first-year head coach James Purpura, will face each other twice this season: once in Louisville in a non-conference game and once in Lexington in a game that counts as a conference matchup. The two didn’t face each other last season due to the season getting cut short, but they have faced each other six times since 2011 and every season since 2015, when SoCon lacrosse first came about. VMI is 0-6 against the Knights, but the past two meetings saw Bellarmine win 10-7 (2018) and 13-12 (2019).

3/13 & 4/17 vs Cleveland State: The Knights and Vikings have faced each other every season since Cleveland State’s first season, scrimmaging in 2017 and facing each other in the regular season each year since then. The Vikings hold a 2-1 lead in the series and have won the past two contests, including a 17-8 blowout in 2019. Last season’s meeting was the closest ever between the two squads, as Cleveland State edged Bellarmine, 9-8, in game that saw the momentum constantly swing back and fourth, especially in the final two quarters.