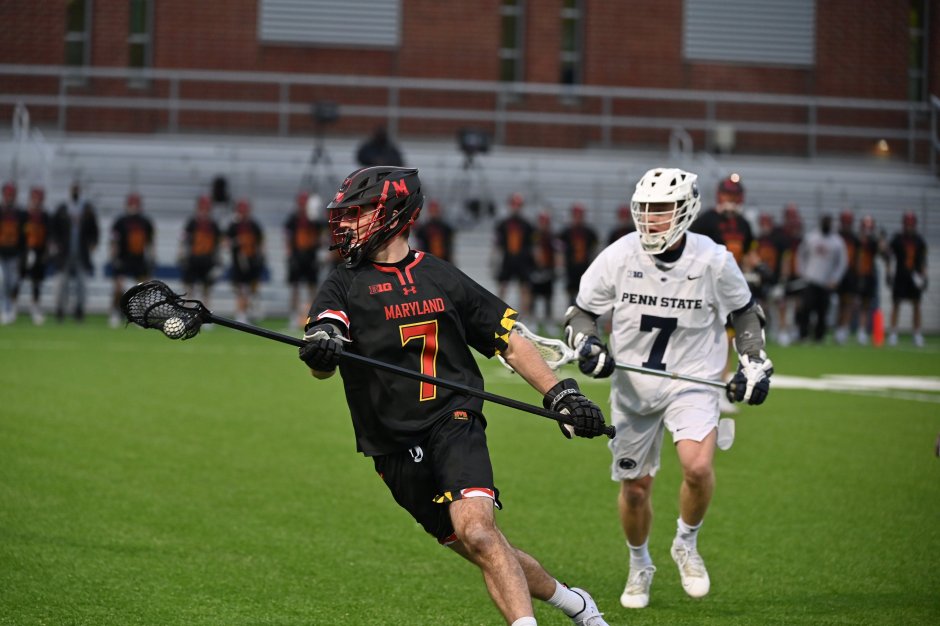 In what can only be described as a fairly sloppy late-February contest, the Maryland Terrapins flexed their muscle on the road and were able to overpower the Penn State Nittany Lions in a 13-7 Friday night victory.

One of the only areas where the Nittany Lions had an edge all game was at the faceoff dot, where Gerard Arceri went 17-24 (70%). TJ Malone led Penn State with two points (1G/1A). Colby Kneese made 11 saves with a 45% save percentage.

Dan Reaume got Penn State on the board first, but it wasn’t long until Maryland answered. The Terrapins rattled off three straight, including two in a row from Wisnauskas to take a 3-1 lead with :42 seconds left in the first. With just four seconds left in the first, Nate Buller put in a behind-the-back goal while falling down to end the dry spell for the Nittany Lions and get them some energy.

A goal from Jackson Reynolds and a Mac O’Keefe goal off a stellar ride followed that Buller goal to put Penn State ahead 4-3 early in the second. However, that would be the last lead they would enjoy the remainder of the game.

Following that O’Keefe goals, Maryland’s offense got hot and their defense clamped down. The Terrapins went on a six-goal run from the 7:02 mark in the second through the 7:05 mark in the third to put themselves firmly in the drivers seat with a 9-4 lead. That run included three goals from Bernhardt, which helped him move into the 200-point club at Maryland, joining some truly elite company: Matt Rambo (257), Bob Boneillo (231), Joe Walters (227), Ray Altman (214) and Frank Urso (208).

While Penn State was able to find the back of the net three times in the final 20 minutes of the contest, Maryland never let up. A four-goal run in the fourth completely sealed the deal and helped them walk away victorious.