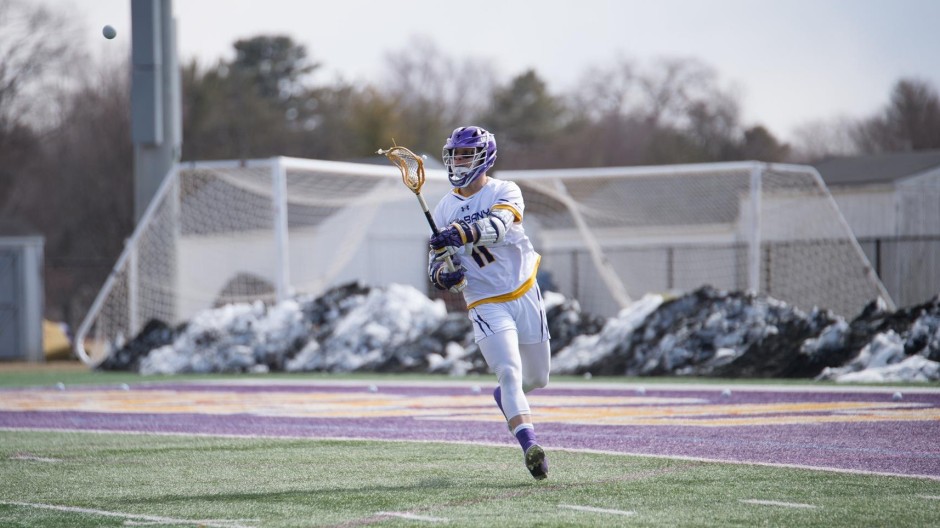 After what had been a very back-and-forth contest, the UMBC Retrievers entered the fourth and final of play with a narrow 8-7 lead over the home UAlbany Great Danes.

However, due to an unnecessary roughness call on UMBC in the dying seconds of the third gave he Danes possession to start the final frame. And while the relentless Retrievers’ defense was able to kill the penalty and hold off the Danes’ offense, which had gained a good deal of momentum after scoring the final two goals of the third quarter, another UMBC committed two more penalties early in the fourth.

Albany was able to capitalize on that first penalty of the final stanza and tied things up 8 with 10:47 to go before Ron John added another one to give the Danes their first lead since being up 1-0. The Danes continued to cash in, sucking the life out of UMBC and ending the game on a 9-1 run to secure a major America East victory.

Corey Yunker (4G/2A) and Jakob Patterson (2G/4A) led the Danes with six points in the win while Regan Enders went 13-for-25 at the faceoff dot (4-0 in the first quarter and 5-3 in the fourth quarter).

UMBC was led by Ryan Frawley who recorded a hat trick.

Next up for UMBC is a home contest against UMass Lowell on Saturday afternoon while the Danes travel to Vermont on Friday.