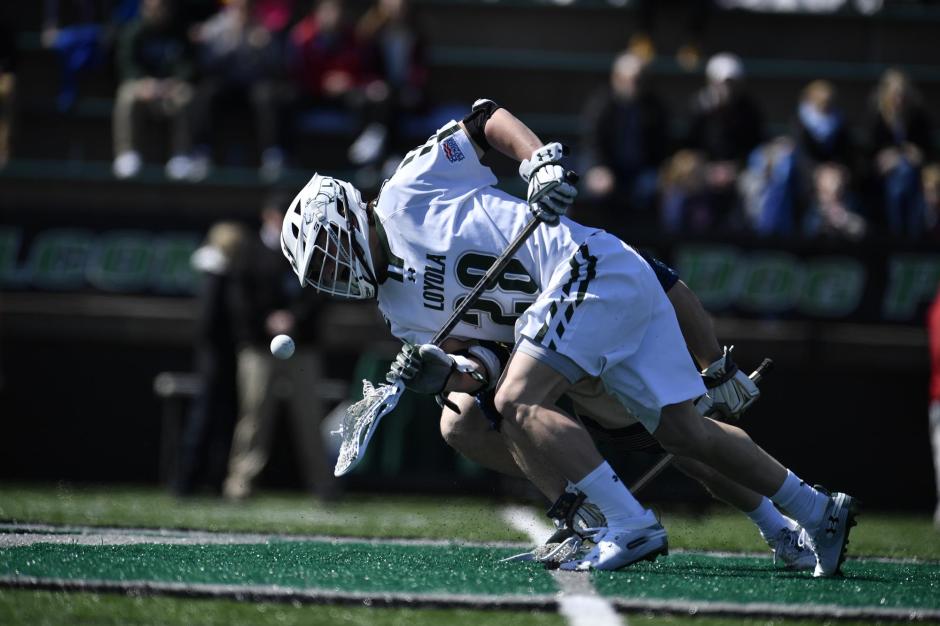 Just five days after earning a resume-boosting over Georgetown to end their regular season, the Loyola Greyhounds kicked off their postseason run with a 16-9 victory against the Navy Midshipmen to earn themselves a Patriot League semifinal battle with Army.

Bailey Savio put together his best performance of the season, going 21-for-28 (75%) at the faceoff dot to help Loyola dominate the possession battle. Per Lacrosse Reference, the Greyhounds had a +12 possession advantage and had possession over 60% of the contest.

In addition to Savio’s dominance at the dot, Aidan Olmstead put up five goals and an assist for a game-high six points. Kevin Lindley, Evan James, and Dan Wigley each had three points off two goals and one assist.

Sam Shafer made nine saves in cage to anchor the Greyhounds’ defense, which held the Midshipmen without a goal for the entire first quarter of play.

While Navy finally got on the board early in the second quarter and used a three-goal run to pull within 6-3, Loyola ended the half on a 5-1 run to take a 10-4 lead into the half. A four-goal run from late in the third through early in the fourth pushed the Greyhounds’ lead to 14-6. Kevin Lindley and Jack Decker scored the final two goals for the greyhounds to get them to 16. Patrick Skalniak scored the final goal of the contest for Navy on a man-up situation with 3:50 remaining.

Loyola will face Army West Point on Thursday at 7pm.

After finding themselves down 7-4 late in the third following a four-goal Boston U. run, the Colgate Raiders’ unleashed a run of their own, scoring six straight from the 3:39 mark in the third through the 9:04 mark in the fourth to take a 10-7 lead.

Both the Terriers and Raiders scored once more in the final 4:30 of the contest to make it an 11-8 Colgate victory.

Brian Minicus led the Raiders with two goals and three assists for five points while Adam Salvaggio netted a hat trick. Thomas Colucci went 16-for-22 (72%) at the faceoff dot for the contest. Colucci won the final eight draws of the game.

Louis Perfetto had a hat trick to lead Boston U.’s offense and LSM Roy Meyer led the way on defense with four caused turnovers and ground balls. Alex Gainey made 12 saves in cage.

Colgate will face Lehigh on Thursday at 4pm.