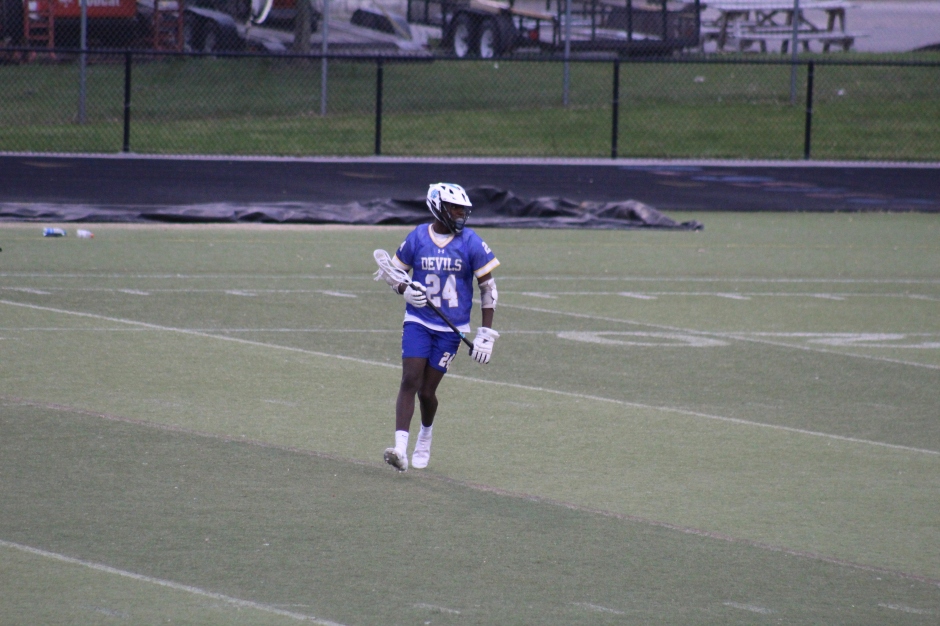 The Kentucky High School lacrosse season came to a close last week with St. Xavier capturing the Kentucky Scholastic Lacrosse League (KSLL) title and Henry Clay winning the Commonwealth Lacrosse League (CLL), and one of the main themes constantly brought up in circles across the state this spring was the amount of young talent, and the dispersal of said talent.

Normally, its the top two programs -Trinity and St. Xavier – with almost all the top-tier talent and some of those second-tier programs are able to put up a fight and house top-tier players every few seasons. But that trend may be starting to change. While the Shamrocks and Tigers do and will likely always have the most talent in the state, the gap does look like it could start closing a bit over the next few seasons, which is great for the health and growth of the game across the Bluegrass.

Nowhere else can that closing talent gap be seen then in the classes of 2023 and 2024. The talent and production that we saw across the state from sophomores and freshmen was duly noted by many and have made coaches and spectators alike ponder just how bright things could be for the future of lacrosse in Bluegrass State, especially with KHSAA Sanctioning likely coming in the next year or so.

Here’s a look at some of the top freshman and sophomores that made headways this past spring across the Commonwealth:

Tommy DeWitt, Midfield, Eastern – One of the more notable players in his class coming into the spring, DeWitt has lived up to the hype and asserted himself as one of the Eagles’ leaders this past season as a freshman. DeWitt has those traditional downhill dodging skills of a midfielder, but also works very well in tight spaces and use physicality to his advantage due to his background in the box game where he is known as one of the best in the Bluegrass.

Trevor Havill, Attack, St. Xavier – A dual-sport athlete playing QB in football as well, the All-State selection may very well be not only the best freshman in Kentucky, but one of the best in the South in general. The 6-foot-3 attackman helped lead St. Xavier to their 14th state title in program history while serving as one of the Tigers’ top scorers.

Huck Campbell, Midfield, Trinity – Campbell had a breakout freshman season for the Shamrocks, helping to lead them to a state title appearance. The freshman asserted himself as one of the more elite shooters for Trinity this past season, being very dangerous as an off-ball threat from up top as a premier step-down shooter.

Lawson Cantley, Attack/Midfield, KCD – Cantley came onto the Kentucky high school scene guns blazing and breaking records. The All-State honorable mention led the Bearcats with 108 points off 74 goals and 34 assists, breaking the school-record for both points and goals in a single season.

Jack Pund, Defense, Lexington Catholic – A leader of the Knights’ defense, Pund was a dominant force this past spring while helping his Lexington Catholic team to a CLL title game appearance. He gobbled up 45 ground balls, caused 10 turnovers, and dished out an assist.

Michael Lanier, Faceoff, Bluegrass Bulldogs – The Bluegrass Bulldogs made their first-ever CLL semifinal appearance this past season, and Lanier was a huge part of that run. He went 124-for-191 (64%) at the dot while also adding three goals and three assists.

Joshua “Aaron” Trammell, Midfielder, Henry Clay – The 6-foot-3, 198-pound Trammell has been on the radar of many across the state since he started making some serious headways last summer. He continued doing so this past season, helping to lead the Blue Devils to a state championship. The sophomore has consistently displayed his ability to be a serious threat as a shooter, especially on the run as more of a traditional downhill dodger. He had 23 points on 14 goals and 9 assists this past season.

Tommy Mullikin, Attack/Midfield, Sayre – A traditional attackman who likes to attack from behind the cage at X and get to the island, Mullikin dominated this past season. The 5-foot-9, 145-pound scoring machine scored 99 goals and dished out 36 assists for 135 points as a sophomore to lead his Sayre Spartans team and be one of the leading point-getters in the state.

From our Southern Scorecard: Top 2023s From The Spring Season List

Evan Mason, Attack/Midfield, South Oldham (Ky.) – One of the most productive players in the Bluegrass State, Mason was been dominant for the Dragons all season and helped lead them to a KSLL semifinal appearance. An off-ball threat, Mason started the season with back-to-back five and six goal performances. He has continued to look good and should see his stock rise this this season as one of the leaders of perhaps the best South Oldham team of all-time.

Henry Mercer, Midfield, St. Xavier (Ky.) – A speedster, the lefty has shown the ability to make an impact from multiple spots on the field. While he appears much more comfortable in that traditional outside shooing midfield role, he can also do some damage as an off-ball guy on the inside, and as a dodger on both the wings, up top.

Jackson Campisano, Defense/LSM, St. Xavier (Ky.) – Likely projecting more as an LSM at the college level, Campisano might be the best athlete currently grazing the lacrosse field in the Bluegrass State. He is a Great ground ball and transition guy, and can put the ball on the ground at an impressive rate and knows how to use his body. Against national power Culver (Ind.), the sophomore really shined, especially when matched up against Duke midfield signee Jackson Gray, taking his cookies multiple times.