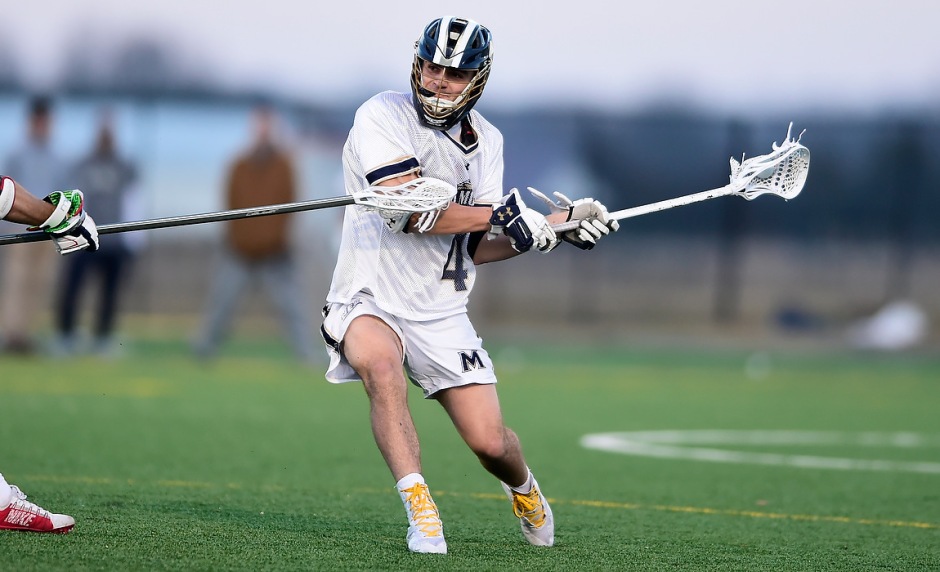 The 6-foot-2, 195-pound Wilmington, N.C., native has been a starter for the Mountaineers since his freshman season in 2018, which was cut short due to injury. Frankney was The Mount’s third-leading scorer with 33 points off 27 goals and six assists and earned second-team All-NEC honors during the Mountaineers’ 2019 season in which they made the NEC Semifinals. Frankney had one goal and one ground ball in that one-goal loss to Robert Morris.

Frankney was the Mountaineers’ second-leading scorer during the shortened 2020 season with 16 points off 13 goals and three assists. He had 26 goals and five assists to lead Mount St. Mary’s with 31 points in 2021.

The Spiders are coming off a season in which they went 7-6 (5-1 SoCon) and fell in the SoCon title game to High Point.

While Frankney choosing to leave the NEC and play his final year of college lacrosse in the SoCon, a pair of NEC programs have recently picked up transfers.

On Sunday night, Stony Brook defenseman Danny Cassidy announced that he would be playing his final year of college lacrosse at Wagner as a grad transfer in 2022. A primary starter since his freshman season, Cassidy grabbed 33 ground balls and caused 12 turnovers to help lead a Seawolves’ defense that saw drastic improvements from the year before, jumping from the bottom half of DI scoring defense during the shortened 2020 season to being ranked 26th in 2021.

Cassidy joins a Wagner program that is coming off a 1-9 (1-7 NEC) 2021 campaign, recording their lone win over conference foe Sacred Heart. The former Seawolf can be a veteran presence for a defensive unit that saw sophomore Brendan Higgins (27GB/10CT) and junior Tommy Scarpello (19GB/5CT) lead the way at close with sophomore Danny Brady anchoring things in cage.

The Bryant Bulldogs announced on Monday morning that they had former Hartford midfielder Zak Lanoue. A rising senior, the Durham, N.H., native is one of many Hartford players who entered the NCAA Transfer Portal after the school announced their intentions to drop all athletics down to DIII. Lanoue had one goal, nine ground balls, and six caused turnovers in seven games during the 2021 season.