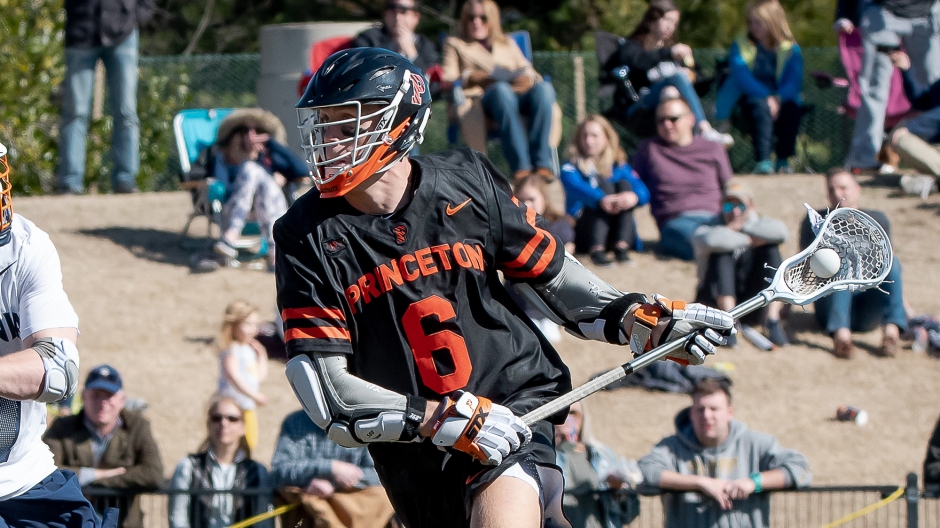 March 7th, 2020. That is the last time the Princeton Tigers took the field, beating in-state rival Rutgers, 16-11, to claim the Meistrell Cup and end that shortened season with a 5-0 record and a No. 3 ranking. That shortened 2020 season, which saw Michael Sowers highlight this Princeton team, was looking like it could’ve been the best season for the Tigers since Bill Tierney’s departure. However, what could have been will never be known.

Since that Saturday nearly 19 months ago, a lot has changed with this Princeton program. For one, the Tigers, like the rest of the Ivy League, saw their 2021 season succumb to petty politics while the rest of the country played. Secondly, Michael Sowers, Phillip Robertson, and Connor McCarthy are all gone and finished their college careers out in the ACC with Duke and North Carolina last spring.

Despite the fact that when the Tigers take the field this spring it will have been nearly two years since Matt Madalon’s program played a real, meaningful game and the talented veterans this team has lost, especially on the offensive end of the field, Princeton is still very much a program with a lot of talent and a bright future. While the Tigers haven’t made the NCAA Tournament since 2012 and have only made two trips since Bill Tierney left for Denver following the 2009 season, Princeton could still very much be on the rise and eventually challenge the likes of Yale and Cornell as a persistent top-flight Ivy once again. In fact, they likely would have done just that in 2020 or if they had a 2021 season.

The recruiting classes that Princeton havs put together the past few cycles and what they are currently doing in the class of 2023 is nothing short of impressive, and the Tigers will enjoy the fruits of that labor sooner rather than later. And that could be as soon as the spring of 2022, where after what was seen in 2020, expectations are very high.

Princeton has the nation’s third-ranked scoring offense when the 2020 season came to an end, and while 74 points are gone and a full season has passed, the cupboard is far from bare as the Tigers will return Chris Brown, Alexander Vardaro, and Alex Slusher. Brown was the team’s second-leading scorer in 2020 with 18 points off 13 goals and five assists while Vadaro tallied 13 points off 11 goals and two assists as the Tigers’ fifth-leading point-getter. Slusher was one of many freshmen who shined for the Tigers during their last season of play, tallying eight points (7G/1A) as a full-time starter at midfield.

In addition to the major returnees on the offensive end, there is plenty of room for younger guys and reserves to step up and make their mark this spring. Senior Jake Stevens and junior Sam English are just two of many players who are in that camp coming into the season. Stevens, who was a defensive midfielder in 2019, was a solid reserve in 2020 with an eight-point (7G/1A) campaign. English served as an SSDM in 2020 as a freshman and could very well move to offense this season and make an impact on that end.

This offense shouldn’t have much of a problem getting those extra possessions this coming season with Tyler Sandoval returning. A freshman in 2020, he was the Tigers’ primary faceoff man, going 39-of-79 at the faceoff dot, scoring one goal, and dishing out one assist.

On the defensive end of the field, where the Tigers held the 28th-best scoring defense (10.80 goals allowed per game) in 2020, things look fairly similar.

Princeton returns Erik Peters in cage, who silently showed to be one of the best and most consistent goalies in the nation. He ended the season with a 52% save percentage. However, they also brought in a highly-touted keeper in Michael Gianforcaro during the 2020 recruiting cycle. There is a chance he challenges for, or possibly takes, the starting job in cage.

Out in front of the cage, Ben Finlay and George Baughn will be leading the way. Finlay was one of the only poles who started all five games for the Tigers during that last season of play and is the first pole to start for the Tigers’ defense as a freshman in five seasons. He recorded 12 ground balls and three caused turnovers during that last season of play. Baughn recorded 10 ground balls and eight caused turnovers in 2020 and has been one of the top poles in the Ivy League over the course of his career.

LSM Andrew Song is the only other returning pole with a wealth of experience. He had 16 ground balls and five caused turnovers as a major part of both the Tigers’ defense and a good asset on the faceoff wings during the last season of play.

A slew of younger and less experienced guys, such as freshmen Colin Mulshine and Michael Bath will be expected to step up and fill those holes this spring and help this defense stay the course after a solid showing last time they were able to play.

This Tigers team may have lost some headlining names from that truly great 2020 squad, but there is certainly no lack of talent within this program, which looks very well suited to continue trending upwards and challenge the very best in both the Ivy League and on the national stage.

One thought on “After a Year Without a Season, The Future is Still Bright at Princeton”