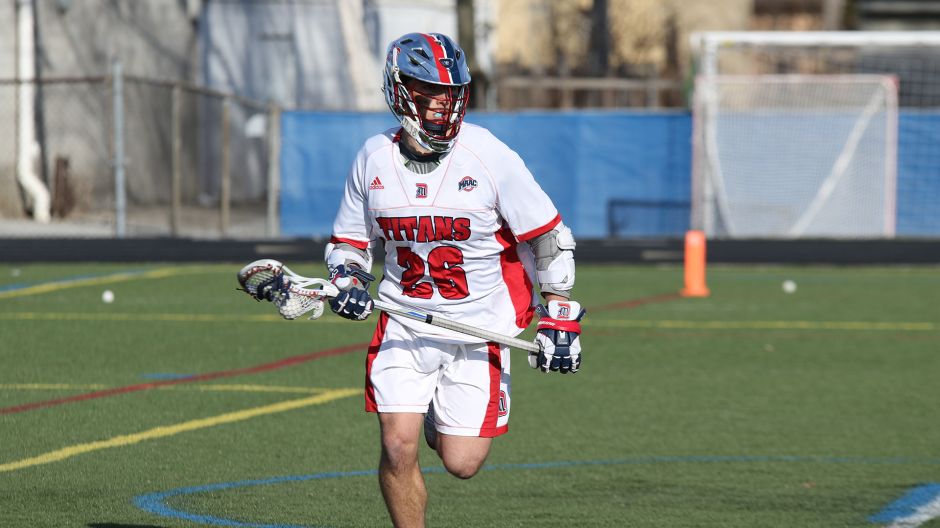 Since Chris Kolon led the Titans to their first-ever winning season during his first year as head coach in 2015, Detroit Mercy has largely been a consistent competitor in the MAAC.

After taking a bit of a step back in 2016 and 2017, the Titans put together strong campaigns in both 2018 and 2019. Detroit Mercy went 9-7 in 2018 and came as close as they ever have to making an NCAA Tournament appearance under Kolon, falling to Canisius, 10-9, in overtime of the MAAC title game. They then went 8-7 in 2019 and fell in the MAAC semifinals to top-seeded Marist.

Following those two stellar seasons, the Titans, along with the rest of the college lacrosse world, were subject to two fairly off seasons. They had a 2-3 record before the 2020 season was cut short and in 2021, the MAAC restricted their teams to a conference-only schedule. The Titans went 3-4 and fell, 11-8, to St. Bonaventure in the conference quarterfinals.

Outside of the scheduling differences, the 2021 season proved to be unique for the Titans as it was their last season in the MAAC. Along with Air Force, Bellarmine, Cleveland State, Robert Morris, and Utah, Detroit Mercy will be moving to the Atlantic Sun Conference (ASUN) for lacrosse starting this spring.

Entering a new conference, the Titans will be looking to be as competitive as they had been at times during their MAAC era. However, this move to the ASUN coincides with what many would describe as a youth movement that will soon be playing out on Titan Field as this program loses arguably more impactful veterans than anyone in the newly-formed conference. With this team being so young in 2022, the ceiling of this team in year one of the ASUN is largely unknown. They could be a postseason contender or they could be a conference bottom feeder. Only time will tell.

Amongst the veteran leads this Titans squad loses, includes faceoff man Alex Jarzembowski as well as goalie Logan Shamblin. The pair have been two of the most impactful players on this team since stepping foot on campus and are impossible to replace. Additionally, the Titans’ leading scorer in Brett Erskine as well as two of their top poles in Alex Akins and Sam McClain are all gone, leaving sizable holes on both ends of the field.

On the offensive end, where the Titans averaged 9.71 goals per game a season ago, there is less turnover with Erskine being their only top five scorer from a year ago to exit the program. However, that leave a fairly younger core left on that end of the field with sophomore attackman Will Edell (7G/6A) and juniors Ryan Birney (10G/2A) and Luke Majick (8G/6A) looking to be leaders of this unit in 2022.

Attackman AJ Van Voorhis (5G/2A) was the Titans’ fifth-leading scorer last season and has been a consistent presence on this offense since his freshman campaign. He is one of the most experienced returners on this offense and one of only three seniors returning who were top-10 scorers last season, along with Cam Kostus (3G/3A) and Jack Watsic (2G/3A).

Beyond the questions of what this offense will look like, there are also question of just how many extra possessions this unit will be able to garner with the graduation of Jarzembowski. The only other player who saw time at the dot last season was Jake Freelander. And he only took one draw and has gone 7-for-14 (50%) during his two seasons with the Titans thus far.

Whether it ends u being Freelander or not, there are some pretty big shoes to fill at dot and their performance at the dot will have an impact on both this team’s offense as well as its defense, which was one of the best units in the nation last season as they held their opponents to an average of 9.57 goals per game. That’s good for the seventh-best scoring defense in DI.

However, as previously noted, that unit will also look sightly different in 2022.

LSM Paul Manuszak (36GB/13CT) was the Titans’ top pole last season and returns for a fifth season of college lacrosse to be a leader on this back end once again. Junior defenseman Owen Bruinius (8GB/6CT) is the second top returning pole for Detroit Mercy. He played in six games last season with one start and looks to take on a bigger role in 2022 after a solid showing as a sophomore.

While there are certainly major questions surrounding what exactly that close defense look like come spring, as well as what the makeup is of the Titans’ rope unit, the biggest question on defense is no secret with this coaching staff being tasked with replacing a starting goalie for the first time in four seasons. And there doesn’t seem to be a sure-fire heir with Shamblin playing every single minute last season.

Seniors Tyler Hart and Peyton Bixby, and sophomore Jakob Hemme are the three returning goalies on this roster. Hart is the only one of the trio who has seen any playing time with the Titans, seeing action in one game in 2020. Also, he played one season at NAIA program Lourdes before transferring to Detroit Mercy and was their starting keeper as a freshman in 2019. In addition, the Titans bring in one freshman at the position in Lukas Nilsen.