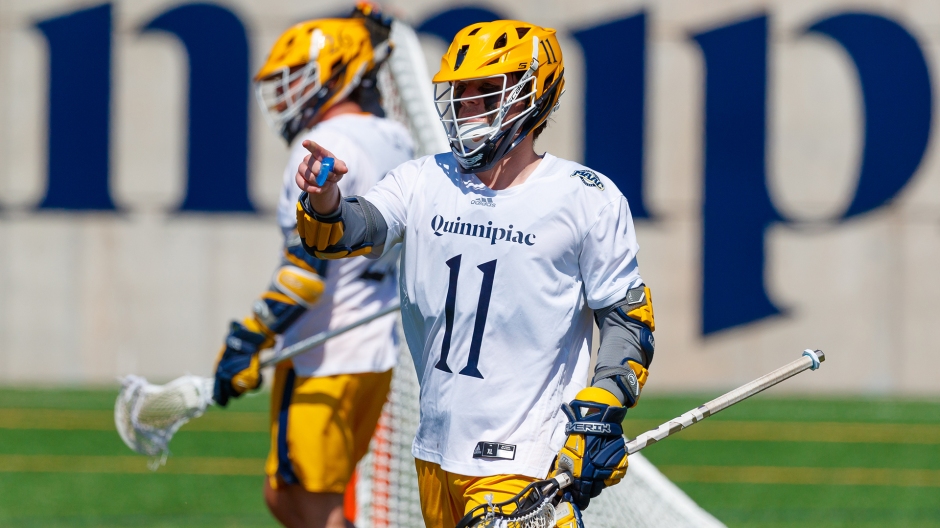 Coming into the final week of the regular season, the Quinnipiac Bobcats were one of the most intriguing teams in the MAAC. Boasting a 4-3 record against a conference-only schedule, the Bobcats were coming off a mid-week loss to Marist and heading into their final game of the season (at Detroit Mercy) were very much in the hunt for that coveted No. 1 seed in the MAAC tournament.

However, a top-seed placement nor a conference tournament run would be in the Bobcats’ future as COVID protocols within the program forced them to cancel their regular-season finale and withdraw from the MAAC tournament, which saw Manhattan, who Quinnipiac shared the conference’s regular-season title with, get the top seed and Monmouth come out on top as champions.

If it wouldn’t have been for that late-season mess in Hamden, not only would the MAAC Tournament have looked different, but perhaps the conference would have seen another team come out on top and earn that highly sought-after automatic bid to the NCAA Tournament. But while we will never know if 2021 could’ve been the year Quinnipiac made their second-ever trip to the NCAA Tournament, there is no doubt that they were indeed one of the best and most exciting teams in the MAAC.

Luckily for head coach Mason Poli and this Bobcats staff, much of that talent this program enjoyed last season, as well as in years prior, will be donning the blue and gold yet again in 2022. And with as much talent returning for this program, the Bobcats will come into the spring with both the motivation and the talent to get back to the top of the conference and finish what they started last spring.

Quinnipiac’s offense, which averaged 9.14 goals last season as the second-to-last scoring offense in the MAAC, was led by a pretty young core last season and looks primed to take a step forward and continue to progress this spring. That unit included four All-MAAC selections, including three players named to the MAAC All-Rookie team in Dylan Donnery, Steven Germain, and Evan Perry.

Donnery, who was also named the MAAC Rookie of The Year, led the Bobcats in scoring with 15 points off 13 goals and two assists as a freshman last spring. Germain was the team’s third-leading scorer with four goals and seven assists for a total of 11 points. Perry was one of the Bobcats’ top reserves, tallying seven points off five goals and two goals.

In addition to the trio of talented young guns returning, Quinnipiac will also see midfielder Will Abbott (5G/9A) return for his senior season following a strong 2021 campaign in which he was the team’s second-leading scorer and top midfielder. Junior attackmen Jake Tellers (9G/1A) and John DeLucia (7G/2A) also return for this offense following campaigns last spring in which they started all seven contests at the position, alongside Donnery.

This offense does return a talented and young-ish core which should only progress after a year under their belt, as well as with a return to normalcy in scheduling this spring. The amount of extra possession this unit is likely to gain with senior Demitri George returning at the faceoff dot will certainly be a factor as well.

George went 115-for-155 (.742%) last season and ended the year second in DI in faceoff percentage. The reigning MAAC Faceoff Specialist of the Year is, without a doubt, the biggest impact returnee for this Quinnipiac team in 2022. With George taking draws at the dot, there is likely always a chance for the Bobcats to pull out the win, especially when he gets hot.

Quinnipiac certainly looks to have a lot of promise on the offensive end of the field this spring, especially with the possession advantage George can provide. However. the MAAC is a conference known for tough defenses and the Bobcats were no exception last season and likely won’t be in 2022 either as they return a good chunk of talent from a unit that ended the year as the 11th-best scoring defense in the nation (fifth in the MAAC) as they allowed an average of 10 goals per game.

Anchoring that unit in between the pipes was Nick DiMuccio who made 62 saves with a .575% save percentage. That’s good for eighth in the nation and third in the MAAC in save percentage. The three-year starter now comes into his senior season where he will be looking to continue the high level of play he has sustained since his freshman season and end his career with the Bobcats with a bang.

Out in front of the cage, the Bobcats return two full-time starters at close in senior Devin Naidoo (7GB/4CT) and junior Zack Siegel (5GB/4CT). Senior LSM CJ Gallagher also returns to lead the Bobcats’ rope unit once again. Gallagher led the team in caused turnovers (8) while also being second on the team in ground balls (top pole) with 21.

One thought on “In 2022, Quinnipiac Has a Talented Roster and Unfinished Business to Attend To”