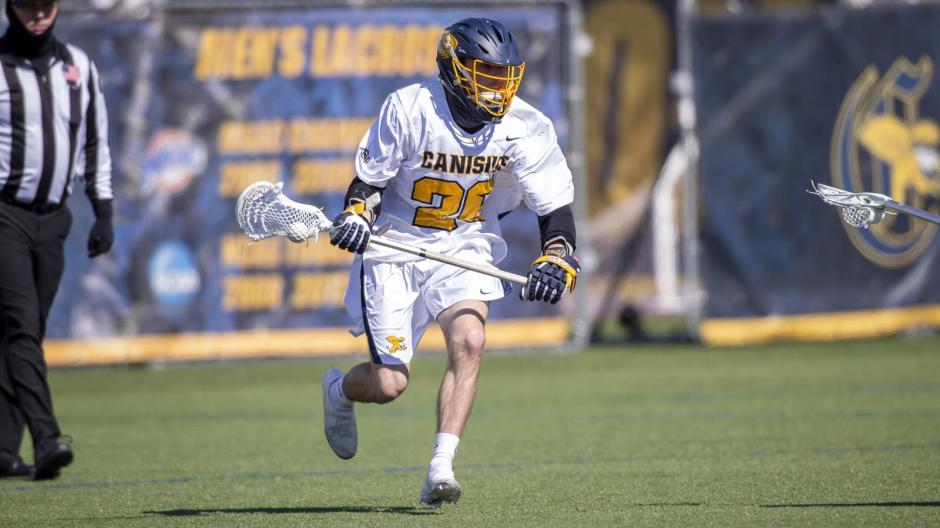 The Canisius Golden Griffins are the 58th DI program and fifth from the MAAC to release their 2022 men’s lacrosse schedule. The Griffin are coming off a 2021 campaign in which they went 5-5 (3-3 MAAC) against a MAAC-only schedule. The Griffins ended their season with a 10-5 loss to Manhattan in the conference semifinals.

3/9 @ Robert Morris: Playing a conference-only schedule last season and going winless in 2020, Canisius hasn’t won a non-conference game since 2019. That win came against the Robert Morris Colonials, 12-8, in a game in which they got revenge for their NCAA Play-in game loss a year earlier. The two also played in 2020 where the Colonials won 22-10.

4/23 vs Marist: Canisius’ biggest win of the season last year came against the Marist Red Foxes as they pulled off the 14-13 upset in the MAAC Quarterfinals. Marist is again expected to be one of the top dogs in the MAAC, so a win over them for this Griffins squad that is looking to build off of last season would be huge.