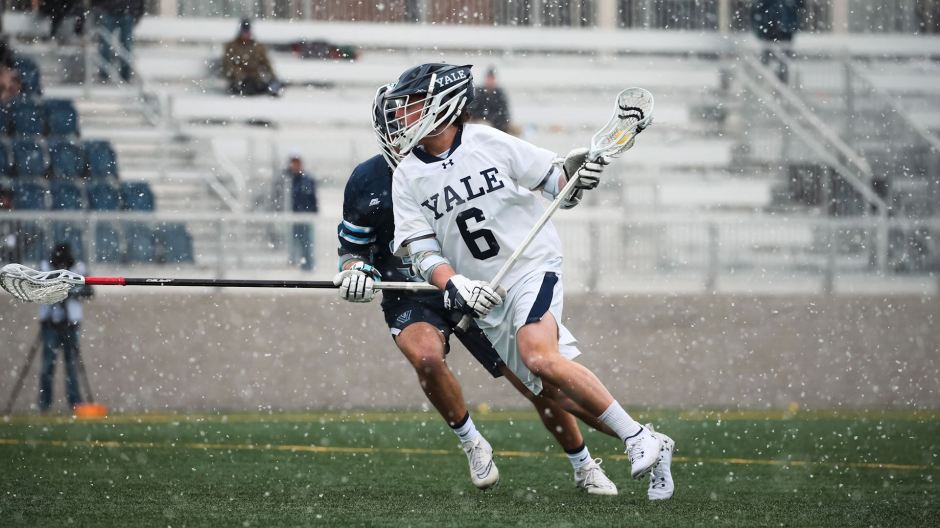 After the exciting weekend that was, every DI program has officially begun play.

Per usual, it’s now time for my weekly installment where I breakdown multiple key points and storylines from the weekend, and sometimes week in total, that was.

One of the biggest storylines from this past weekend was the Ivy League returning to play after nearly two years of absence. And with that means the return of its top teams, who certainly made a mark on Saturday.

With Matt Brandau (5G/1A), Will Cabera (2G/2A) and freshman Leo Johnson (3G) leading the way on offense and Jared Parquette (nine saves) anchoring things on the other end, the Yale Bulldogs secured a 17-14 win over the Villanova Wildcats.

In another marquee game involving an Ivy this past weekend, the Penn Quakers (we’ll talk a little bit more about them later) fell to the Georgetown Hoyas 10-8.

The only other Ivy outside of Penn who lost their opener was Dartmouth, who fell 9-8 against Merrimack.

Notre Dame opened their season on Saturday night with a blowout 24-2 win over the Detroit Mercy Titans. And while it’s always hard to truly lean about a team from a lopsided game of that proportion, Saturday’s contest gave us the first look at the Kavanagh brother, Pat and Chris, playing alongside each other on the same attack line.

The brothers combined for 14 points (eight goals) in the win. That includes four goals in which they connected with each other for the score.

When the Quakers’ took the field at Franklin Field on Saturday, it was their first time stepping back on their home turf since March 6th, 2020. And while there were many new faces that entered into the Penn lacrosse history books for the first time last weekend, in many ways this squad looked somewhat like what we saw from the Quakers in 2019 and 2020.

One aspect of the Quakers game that is still very much there despite only playing one game in almost two years is transition offense. Penn thrived off early offense during their NCAA Quarterfinal run in 2019, as well as during the shortened 2020 season, and we saw that on display once again against the Hoyas on Saturday.

Two of the Quakers’ most crucial goals of the game came by way of transition. A BJ Farrare dish to Dylan Gergar and a Cam Rubin score off a Piper Bond feed helped Penn make it a 6-4 game at the half. Gergar capped off another transition sequence with a goal late in the contest to make it a 9-7 game with 14:09 remaining.

Georgetown has one of the best defenses in the nation and the Penn early offense gave them fits. If that Quakers rope unit of BJ Farrare, Piper Bond, and James Shipley, and the rest of that defense, spark offense sequences that even trouble a defense like the Hoyas have, imagine what they could potentially do the rest of the year.

The Johns Hopkins Blue Jays came out on the winning end of the Battle of Charles Street for the first time since 2017, beating rival Loyola 11-10. And in the end, it was defense that ensured the victory for Peter Milliman’s squad.

Scott Smith, who made his first start at close on Saturday, scored the winning goal with 5:22 in regulation, taking it coast-to-coast for the score. A pair of Blue Jay short-stick defensemen would then pressure Aidan Olmstead to force a turnover on a Loyola possession within the final two minutes of the game.

Following a Hopkins turnover coming out of a timeout in the final minute of the game, Beaudan Szuluk stripped Kevin Lindley. Blake Rodgers scooped up the ground ball and ran out the final few ticks to ensure the Blue Jay win.

In addition to those last few tough defensive stands, Josh Kirson made 13 saves on the day to anchor the Johns Hopkins defense.

In a game that fell under the radar, the Boston U. Terrier defeated the No. 19 Bryant Bulldogs in a contest that saw the second half played under a sheet of snow. The 13-8 victory for the Terriers moves them to 2-0 on the season as they get set for another potentially big matchup against UMass this weekend.

There are two stats that specifically stand out from last Saturday’s contest. 1.) The Terriers defense held Marc O’Rouke to just one goal off a game-high 11 shots. Three of those shots were on goal. 2.) Boston U. held Bryant to just 12-for-19 in the clearing game. And this was a Bryant team that thrived off transition and their play in the middle of the field a season ago. It’s partly ho they gave Virginia so much trouble in the first round of the NCAA tournament.

Jake Cates had four goals to lead the Terriers offense and Connor Calderon went 12-for-24 (50%) at the faceoff dot. Matt Garber made 14 saves.