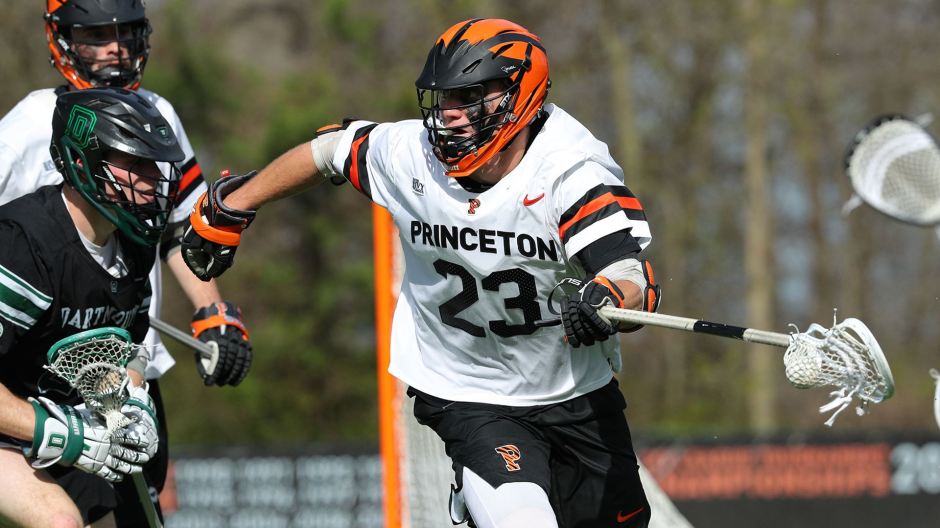 Week 11 of the college lacrosse is in the books.

So without further ado, here is the Lacrosse Bucket Team of The Week after last weekend’s action.

Not too many eyes may have been on Bryant’s 22-10 win over Sacred Heart on Saturday, but in the game O’Rouke put together a record-setting performance. The attackman ended the day with nine goals, setting a new program-record for goals in a game. He also dished out three assists for a total 12 points in the contest. His performance saw him eclipse 200 career points.

The Terriers’ earned a massive victory, 14-9, victory on the road against the Loyola Greyhounds on Saturday. And in the contest, it was Perfetto who benefited the most on that talented attack line. The junior ended the day with eight points off two goals and six assists.

Once again, the Brown Bears knocked off a top-10 team on Saturday. This time against the Yale Bulldogs, 20-13. And in the outing, McLane led the show on offense with six points off four goals and two assists.

The Saint Joseph’s Hawks continued to remain unbeaten in NEC play this past week as they defeated LIU 14-11. In the win, Anderson had his best performance of the season with seven points off two goals and five assists.

Handley tallied five points off four goals and one assist to help lead the Quakers past Harvard, 11-10, in a crucial Ivy League contest on Saturday.

Aughavin was another major contributor in Brown’s big win over Yale on Saturday, scoring four goals and dishing out one assist to help aid in the offensive effort. Three of his fourth goals came during the Bears’ game-changing 6-1 run early in the second half.

In the Penn Quakers’ crucial win over Harvard on Saturday afternoon, Zusi was one of the most important playmakers. At the faceoff dot, Zusi went 18-for-22 (82%) to help lead the Quakers to victory.

Pederson came up huge in the Tigers’ 12-10 victory over Dartmouth on Saturday. The defensive midfielder caused three turnovers and scooped up four ground balls as a leader on that rope unit in what was a strong defensive showing from the Tigers.

Siena came back from down 9-1 to defeat St. Bonaventure 14-11. A big part of that comeback effort was the juice goals the Saints got from poles. Three of those scores came from Jeffrey had he netted a hat trick of pole goals to steal all the highlights in the win.

The Bellarmine Knights defeated the Detroit Mercy Titans 13-8 to secure their spot in the ASUN tournament. Robbins led what was a strong defensive effort from the Knights with five caused turnovers while also grabbing three ground balls and scoring a goal.

Lynch was a big part of Delaware’s 11-10 defeat of Towson on Saturday. He ended the day with four caused turnovers and three ground balls in a game that saw the Blue Hens hold the Tigers to just three goals in the first half.

A regular on this weekly list this season, Bowen had another strong performance with five ground balls and four caused turnovers in the Hoyas’ 20-10 victory over Marquette to stay unbeaten in Big East play.

Burkinshaw put together his best performance of the season on Saturday with 20 saves in the Quakers’ 11-10 win over the visiting Harvard Crimson.