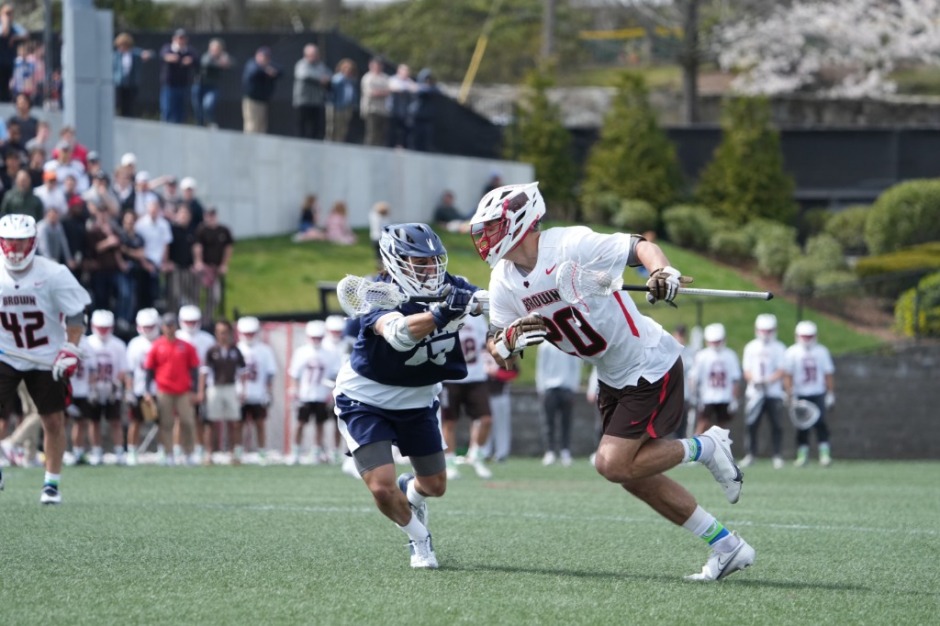 Just when you thought the season couldn’t get any wackier, it did. Last week saw the NCAA Selection Committee released their top 10 and four of those teams took a loss, including Duke beating Virginia, Brown topping Yale, and Army defeating Cornell. Does a lot change? Maybe not, but it does make things wilder.

Here is how things could look if the NCAA Tournament started today.

Here is a refresher as to how the NCAA Tournament works for those of you who may be unaware or have forgotten. The 2022 NCAA Men’s Lacrosse Tournament will feature eight seeded teams and 10 non-seeded teams. Those teams will make up the 18-team bracket.

10 teams will be automatic qualifiers (AQ) and those 10 will all be conference champions. Remember, the ACC does not have an AQ because a conference needed six teams to qualify for an AQ. The ACC only has five teams. With 10 AQ’s, that leaves eight spots for at-large selections.

With the return of the ASUN on the men’s lacrosse scene, the tournament returns to two play-in games featuring the bottom four teams. The winners of those games will have to face the No. 1 or No. 2 seed in the first round.

Now how does the NCAA selection committee pick teams for at-large bids and seed teams for the tournament? According to the committee, they consider a multitude of things. The committee looks at record, strength of schedule index (based on team’s 10 highest-rated games), RPI results, average RPI wins and losses, head-to-head results, record against ranked teams (1-5, 6-10, 11-15, 16-20, and 21+), significant wins and losses, location of games, results versus common opponents, and any polls do not matter.

You can find the official NCAA pre-championship manual here.

We still have a lot of lacrosse to be played, but if the tournament started today this is what the AQ situation would look like. These selections are based on best conference record at the moment. Where there is a tie at the top of a conference, highest RPI is used.

As previously mentioned, after those 10 automatic qualifiers are set in stone, there are still eight other teams that will get in via at-large berths. This portion of the selection process is always fun, but maybe even more so this year with how tight things have seem to be across the landscape.

For this section this week, we are listing 14 teams that are in contention for a possible at-large bid after removing the projected AQs. Teams are listed in order based on their RPI rank.

Before getting into what I think the bracket could look like at this time, let’s take a look at how many bids each conference could recieve. There are a few conference that are sure to get multiple bids while other may get just get one bid. Some of the bottom conferences will obviously only get that one AQ, as usual.

Big East – One or two bids

Patriot League – One or two bids

Last week’s wildness did change the circumstances for multiple teams. Three of the biggest beneficiaries were Duke, Army West Point, and Brown.

On Thursday, the Blue Devils put together their best performance of the season in a 17-8 win over Virginia. The win almost surely guarantees a spot in the NCAA Tournament for Duke. I still have them listed as the last four in and that is likely where they will stay, but as opposed to Denver and North Carolina I would say they are much, much safer. The same goes for Ohio State, who I believe is fine as well.

Brown earned a second consecutive top 10 win on Saturday as they defeated Yale 20-13. That win, plus Penn’s defeat of Harvard, pushed Brown into that fifth Ivy League spot at the moment and into that last four in bunch after being out last week. The Bears have a much better chance of making the Ivy league tournament with wins over Penn and Yale, and with a game at Cornell this weekend, they can further elevate and fully cement themselves above the Crimson.

Army West Point I have as one of the first four out, but I believe at the end of the day if it came down to them and Denver, the Black Knights would get the benefit of the doubt. The Black Knights put together their best performance of the season as they beat Cornell 17-10 last week. The win was the last marquee game the Black Knights had to elevate their resume, and they did just that.

With two weeks to go in the regular season, even after last weekend’s action, I would still say that the two conferences to keep an eye on are the ACC and Patriot League because I feel like they are still likely borderline on how many teams they get. For the ACC, will it be two or three? Does the Patriot League get one or two in? The chances of the latter in both increased this past weekend, but as we’ve seen this season, anything can and will happen.