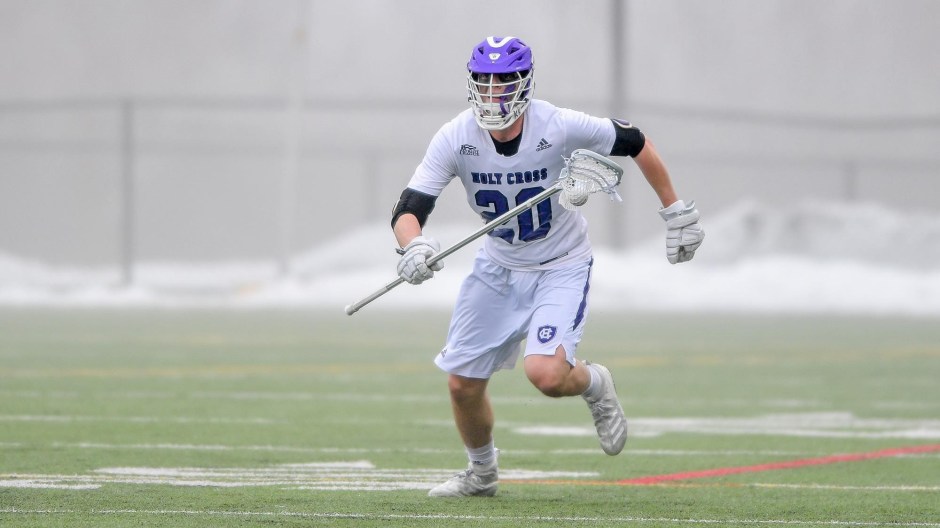 Holy Cross defenseman Chris Conlin will be spending his fifth and final season of eligibility in South Bend with the Notre Dame Fighting Irish. Conlin confirmed the decision to Lacrosse Bucket on Monday afternoon.

College Crosse was the first to report the move.

Listed at 6-2, 205 lbs., Conlin started in all 41 games during his time in Worcester and was one of the Crusaders’ most impactful poles all four years. A two-time All-Patriot League selection, he was a second-team honoree in 2021 and first-team selection in 2022.

Additionally, Conlin gobbled up 60 ground balls this past season. He ends his career at Holy Cross with a grand total of 106 caused turnovers and 143 ground balls.

In South Bend, Conlin joins a Notre Dame program that is known for its defense but, will have major pieces to replace ahead of the 2023 campaign. The Irish lose five-year starter Arden Cohen as well as a pair of grad transfers in Jason Reynolds (Richmond) and Matt Douglas (Lehigh). Reynolds started all 12 games at close while Douglas bumped down to close from LSM for the final seven games of the season following the injury of Carson Cochran, who had started in that spot the first five games of the year.

Notre Dame had the 10th-best scoring defense in college lacrosse this past season, allowing 10.08 goals per game.