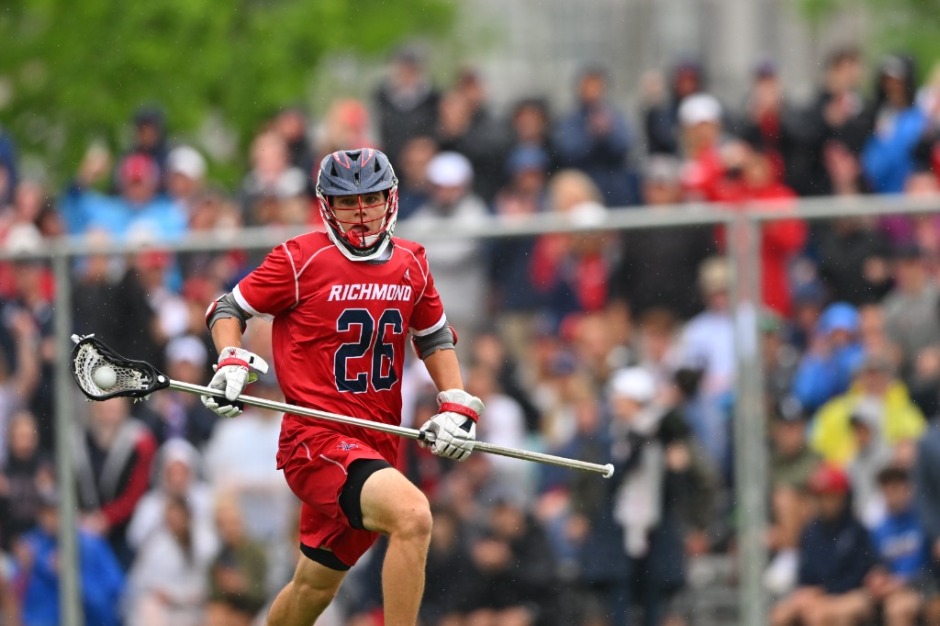 A native of Chatham, N.J., defenseman Griffin Kology will still be playing his college lacrosse in Old Dominion but will be heading an hour more west in Charlottesville as he will suit up for the Virginia Cavaliers next season; following in the footsteps of his older brother, Kyle, who won two national titles with the Cavaliers in 2019 and 2021.

The 6-foot-2, 189-pound defenseman made a sizable impact for the Richmond Spiders this past season as a freshman, starting 15 of 16 games for the eighth-best scoring defense (10.06 goals allowed per game) in college lacrosse. That included a 17-13 upset of the Cavaliers in which the Spiders’ defense held the Virginia offense to just four goals in the second half of play.

Kology grabbed 21 ground balls and caused 21 caused turnovers as one of the most impactful freshmen defensemen in college lacrosse. Kology was a second team All-SoCon selection.

At Virginia, Kology joins a defense that will return its entire starting unit from last season in Cole Kastner, Cade Saustad, and Quentin Matsui. Goalie Matthew Nunes returns to anchor that unit after a strong freshman campaign.

One thought on “Transfers: Richmond’s Griffin Kology Headed to Virginia”