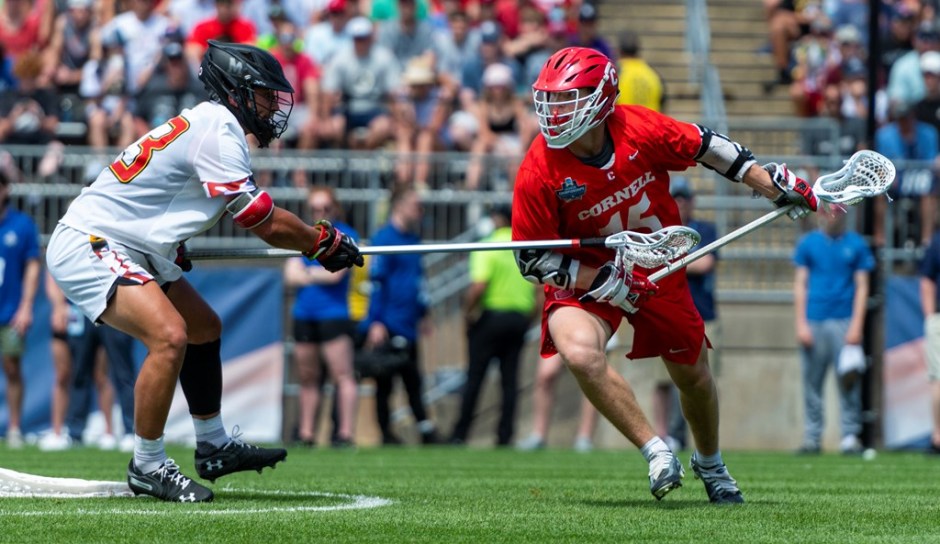 The 2022 college lacrosse season has come to a close. That means that it is time to look back at the season that was and look at the teams who both underperformed and who exceeded expectations this past spring.

Heading into the 2022 season, Loyola was in the top-20 and I even predicted that they would be the surprise team that made Championship Weekend. And that was for good reason, too. After all, Loyola had been just a goal away from Championship Weekend in 2021 and returned nearly everybody from that team. Kevin Lindley, who broke the Patriot League scoring record this past season, and Aidan Olmstead were veterans returning for a grad season on attack. Ryan McNulty led that defense and was their lone PLL draft selection on that end. Payton Rezanka at the SSDM spot, Sam Shafer in cage, and Bailey Savio at the faceoff dot added even more talent to this squad.

Were they without holes? Absolutely not. But, in the minds of many, Loyola should have progressed instead of regressed. And 8-8 (6-2 Patriot League) season is one that many didn’t see coming for Charlie Toomey’s Greyhounds. It marked the first time since 2015 that Loyola went .500 or less and missed the NCAA Tournament. It’s only the second time since 2011 that they missed the NCAAs.

Ranked as a top-10 team in the preseason and a year removed from a Championship Weekend appearance, the North Carolina wasn’t without question marks, but the expectation was that they would have another strong season. And especially so with Tewarraton finalist Chris Gray, who ends his collegiate career as the all-time scoring leader in DI, headlining this Tar Heels’ roster. But Joe Breschi’s squad ended the year with an 8-6 (1-5 ACC) record, missed the NCAA Tournament, and is nowhere to be found in the final 2022 season rankings.

Having to replace an entire midfield line and the best defenseman in college lacrosse were their only question marks heading into the season. However, continually sliding backwards at the faceoff dot and an offense that had only one real consistent playmaker and was held to single-digits in three of their last five games also proved detrimental.

When a program changes head coaches there is bound to be a learning curve. New people, systems, terminology, and more. The whole process is a challenge, and only on rare occasions does a first-year head coach lead a team to the top of the mountain. With that said, was the Gary Gait era going to start off with a trip to Championship Weekend, a national title, or even and ACC title? No. And I’m not sure many, if any, believed that it would. But going 4-6 (1-5 ACC) and suffering losses to Army in the Dome, a sub-par Johns Hopkins team, and against a UAlbany team that went 5-10, was not expected either. That is proven even more true by the fact that the Orange were ranked No. 12 in the preseason rose to as high as nine in the polls early in the year.

Losing Owen Hiltz preseason was huge and if he were on the field last season maybe we see a difference. But one player, no matter how great, can single-handedly change the course of a team. And especially a team like Syracuse that should be talented with guys like Tucker Dordevic and Brendan Curry running things on offense while a veteran in Brett Kennedy headlined the defense.

The Cornell Big entered the season as the 15th-ranked team in the preseason. So they were no slouch, but if you asked around, I’m not sure how many people would have told you that Cornell was going to be playing on Memorial Day. I certainly didn’t. However, in his first year as head coach Connor Buczek led his alma mater back to Championship Weekend where they came within two goals, 9-7, of Maryland in the national title game. It was an impressive feat and even more so given the amount of uncertainty that many viewed this program with heading into the season with respect to what the Big Red’s ceiling might be.

From the attack like of CJ Kirst, John Piatelli, and Michael Long to midfielders such as Hugh Kelleher and a staunch cover man such as Gavin Adler, this Cornell squad proved to be a talented bunch. Furthermore, Angelo Petrakis at the faceoff dot, plus the victories in the ground ball game and in the ride made the Big Red even better. Cornell is, in many ways, the epitome of an overachiever in 2022.

The Ohio State Buckeyes weren’t ranked in the top-20 heading into the season and had no preseason All-Americans. However, by the time March hit it was clear that Nick Myers had himself a pretty good squad in Columbus this season. Led by attackman Jack Myers, the Buckeyes went 10-6 overall (3-2 Big Ten) and fell to Cornell in the first round of the NCAA Tournament. Ask anyone preseason and I’m not sure many would have predicted that the Buckeyes would even still be playing that deep into May. But they were.

Moreover, of Ohio State’s six losses, four were to the same two teams (Cornell, Rutgers). They also fell to Maryland and had one bad loss to Denver. Outside of that, they took care of business. That included a blowout 20-8 win at North Carolina that really showed the different direction those two teams may be on this season.

I knew Boston U. had a lot of potential coming into the season. I mean, they returned their entire attack line of Timmy Ley, Vince D’Alto, Louis Perfetto, plus one of the best poles in the Patriot League in Roy Meyer, and Matt Garber in cage. The addition to Conor Calderone and the 10-man ride proved to be lynchpins to an even more successful season than many imagined for the Terriers as they went 12-5 (7-1 Patriot League) and won the Patriot League for the first time in program history.

When Gerry Byrne was hired as the head coach at Harvard, many expected that success would follow. But how soon? Well, in just his first full season the Crimson went 8-5 (3-3 Ivy League) and made the NCAA Tournament. And they did so with a roster that was peppered with freshman and young stars on both ends of the field.

In 2022, it was the Jacksonville Dolphins that were the darlings of the darlings of the season. They didn’t win the SoCon or make the NCAA Tournament, but leaning on an attack line headlined by Tufts transfer Max Waldbaum and a defense anchored by North Carolina transfer Luke Millican, John Galloway’s squad went 14-3 and earned wins over Duke, Denver, Richmond, and High Point in the regular season. The Dolphins are the team that come to mind when thinking about teams who exceeded expectations this past spring.