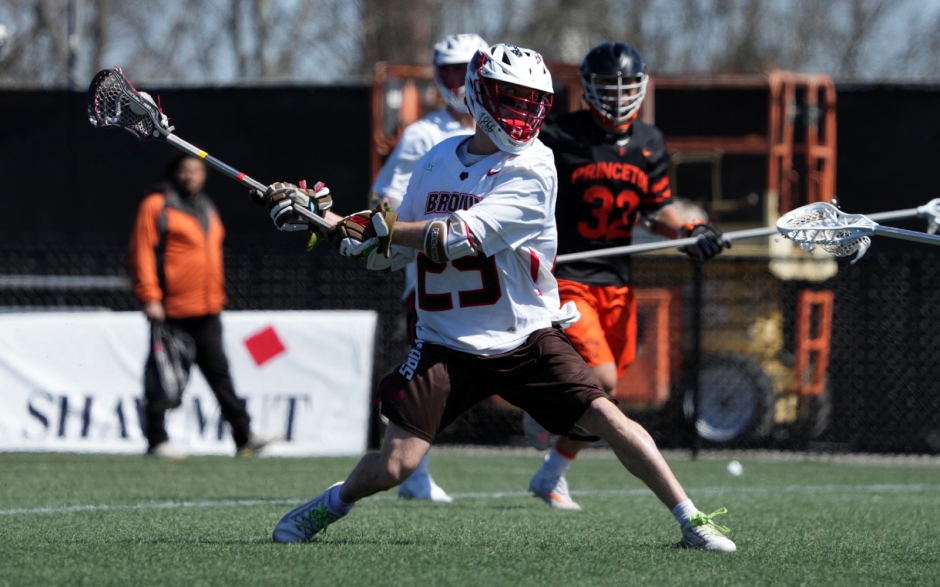 The 2022 college lacrosse season is in the books. And just like always, there were freshmen who stood out amongst the rest and shined during their first season of college lacrosse.

Over the next week, Lacrosse Bucket will be highlighting some of the players who broke out at each position during the 2022 season.

Here is a look at some breakout players on the offensive end of the field from this past season.

Devon McLane, A, Brown: Coming into the 2022 season, Devon McLane had only played in two games (one start) and scored two goals during his time at Brown. McLane ended the year as the Bears’ most dangerous offensive weapon with 71 points off 47 goals and 24 assists. He led the Bears in both goals and assists while being a second team All-Ivy League selection.

JP Ward, A, Delaware: As a freshman in 2021, Ward made just two starts and ended the year with two goals and four assists. But by the time his sophomore campaign had come to a close this past spring, the Owings Mills, Md., had made the jump and asserted himself as the leader of a talented Blue Hens’ offense with 40 goals and 32 assists (72 points). Ward came up with the biggest play of the season for Delaware, putting home the game-winner with eights seconds left to upset Georgetown in the first round of the NCAA Tournament.

Ross Scott, A, Rutgers: A second line midfielder a year ago, Scott made the move to the attack position and was given the role of being Rutgers’ quarterback at X. In that role, he thrived. Scott tallied 75 points off 50 goals and 25 assists this past season as he helped lead the Scarlet Knights to their best season in program history, which ultimately ended with the program’s first-ever trip to Championship Weekend.

Taggart Clark, A, Robert Morris: Heading into this spring, Robert Morris had a number of different holes on the offensive end due to graduation. Clark, who had eight goals and two assists to his name in January, was called upon to help fill those holes and did so maybe better than expected. Tallying 65 points off 48 goals and 17 assists, Clark helped lead the Colonials to an ASUN title and the program’s third NCAA Tournament appearance.

Carter Page, A, Saint Joseph’s: Page had a strong ending to his freshman season in 2021, playing in the final four games and having a five-point (4G/1A) game against Wagner. But this spring, Page took his game to another level as the sophomore led the Hawks in goals (51) and averaged 2.3 goals per game as the top goal-scorer for the NEC champions.

Tucker Brown, M, Saint Joseph’s: Like his aforementioned teammate, Brown wasn’t necessarily an unknown. He started each of the final six games of the 2021 season and ended the year with 14 goals and two assists. However, Brown continued that upward trend and proved to be a major asset for the Hawks this past spring as he netted 41 goals and dished out 11 assists as Saint Joseph’s top midfielder.

Brett Baskin, M, Villanova: The lone grad transfer on this list, Baskin had been much more of a reserve at Johns Hopkins with six starts in 46 games. Upon arriving at Villanova, he was an immediate starter and thrived as a leader in that offense. Baskin had 34 goals and 16 assists for 50 points this past season.

Christian Watts, M, Siena: After three seasons of being a solid secondary contributor, Watts cracked the starting lineup as a senior this past season and proved to be one of the best shooters on the Saints’ roster. Watts scored 32 goals as the team’s second-leading goal-scorer and also dished out eight assists.