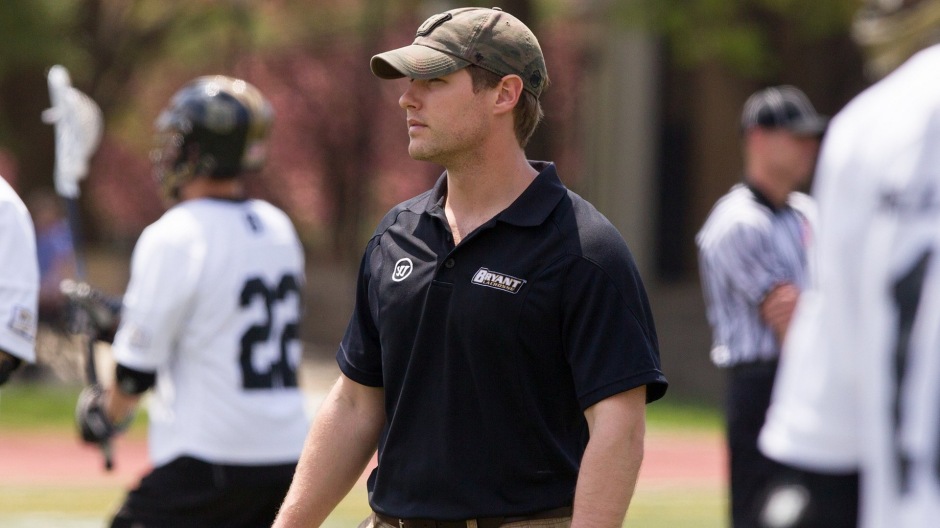 On Monday afternoon, Bryant named Navy offensive coordinator its next head men’s lacrosse coach. Ross replaces Mike Pressler, who retired from his post last week after 16 seasons at the helm.

Ross’ hiring as the Bulldogs’ next head coach marks his return to Smithfield, where he previously served as Bryant’s associate head coach from 2011-2014. That stint included the Bulldogs’ upset of Syracuse in the first round of the NCAA Tournament in 2014.

“I am thrilled to return to Bryant University as the head men’s lacrosse coach,” Ross said in a press release. “First, I would like to thank President Ross Gittell and Director of Athletics Bill Smith for this incredible opportunity. Secondly, I would like to profusely thank Coach Amplo, the staff and each of the Midshipmen I have had the pleasure of coaching over the past three years. Coach Amplo has been an incredible mentor and friend to me. I know there are big things ahead for the Mids.”

Ross followed his stint at Bryant with five seasons as the offensive coordinator at Ohio State and now heads back to Smithfield after three seasons in the same role at Navy. His first coaching stop was at Brown in 2010.

As a player, Ross was a two-time captain for the Duke Blue Devils where he played for Mike Pressler.