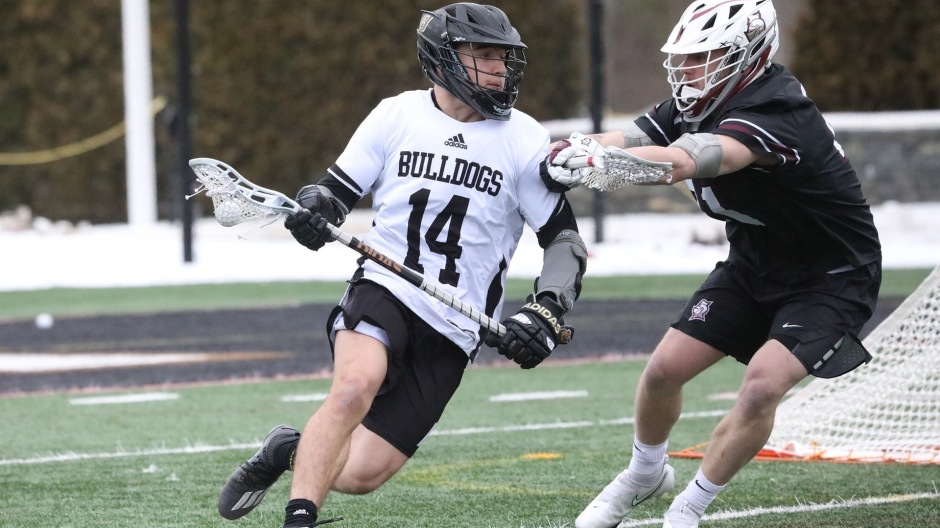 Former Bryant attackman Bennett Abladian will be heading to Ithaca to play for Connor Buczek and the Cornell Big Red.

The news was made official on Tuesday. New England Lacrosse Journal’s Kyle Devitte tweeted the news on Tuesday evening. Abladian is the first transfer pickup for Cornell this cycle and the only transfer thus far heading to an Ivy League.

An impact player since his arrival in Smithfield during the fall of 2020, Abladian started 27 of 28 games during his two years with the Bulldogs. He was named the NEC Freshman of The Year during the 2021 season following a 37-point (29G/8A) campaign as Bryant’s top goal-scorer.

This past spring, the attackman netted 47 goals and dished out five assists for 47 points as the Bulldogs’ third-leading point-getter.

Bryant made the NEC tournament each of the past two seasons with Abladian as a leader on offense. During the 2021 campaign, Abladian helped lead the Bulldogs to an NEC title and NCAA Tournament appearance. The Bulldogs fell in the NEC semifinals this past season.

At Cornell, Abladian joins a program that is coming off a national championship appearance in which they fell 9-7 to Maryland.

Abladian will be joining a Big Red offense that featured one of the best attack lines in college lacrosse last season and will only lose one pieces of that unit: John Piatelli. CJ Kirst and Michael Long both return after stellar sophomore and juniors campaigns that saw the two combine for 145 points this past spring.

One thought on “Bennett Abladian Transferring to Cornell”