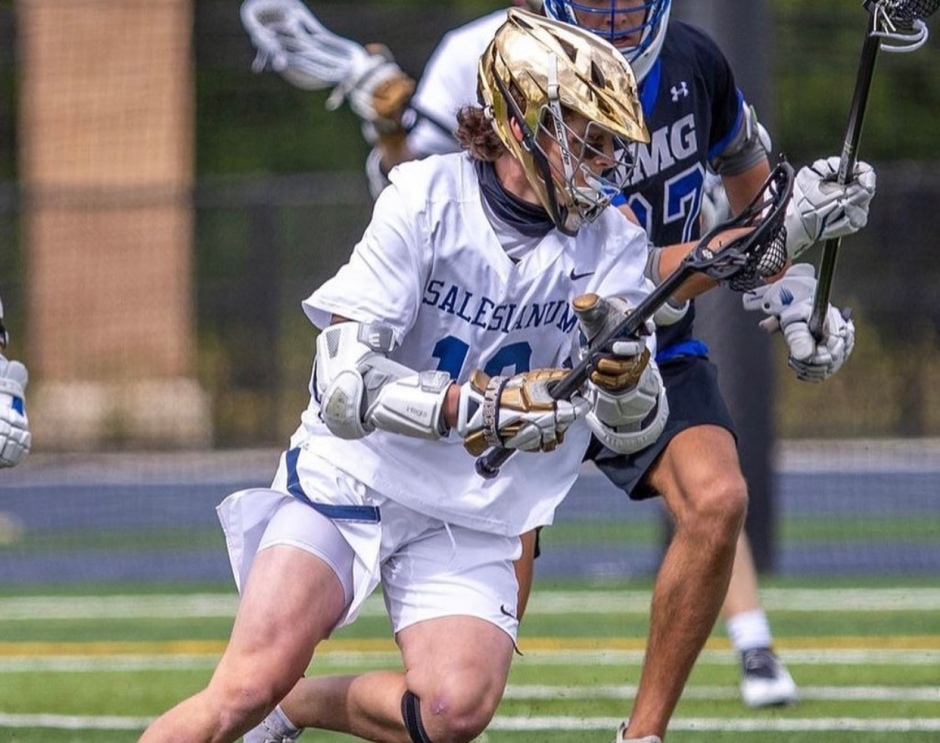 Last night, Cornell landed a commitment from Salesianum (Del.) attackman Rowyn Nurry. His announcement marked the first true 2024 commitment for Connor Buczek and the Cornell Big Red, which now has a class of three at this early point of the cycle.

What Cornell is Getting:

Standing 6-foot-1, 185 pounds, the X-attackman has helped lead Salesianum to consecutive Delaware state titles. He is a textbook playmaker from behind the cage, possessing the ability to get a step on his defender, turn the corner above GLE, and make something happen either with his shooting to feeding skills. What arguably stands out the most about Nurry’s game is his tougness. Not only is he willing to take and fight through contact as a dodger and ball-carrier, but he also gets after it on the ride and in ground ball situations. Nurry can in will make those hustle plays that make all that much of a difference in a game, especially at the highest levels.

What it Means for Cornell:

Rowyn was the first commitment since the September 1st contact period. Rated as a four-star by NLF, the First State native helps gives the 2022 NCAA runner-ups a strong start to the 2024 cycle. Westfield (N.J.) defenseman Matthew Marshall was the second 2024 to verbal to the Big Red, doing so shortly after Rowyn’s announcement.