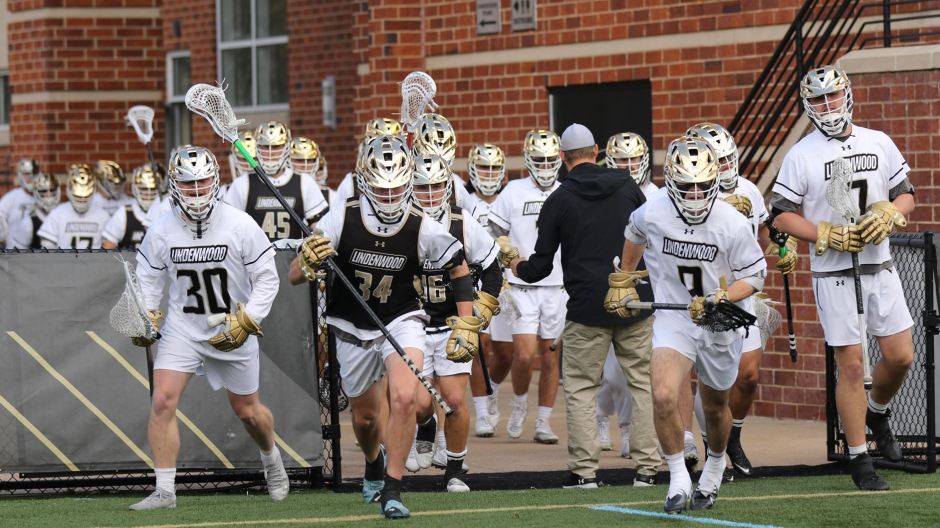 Beginning play as a varsity program in 2012, the Lindenwood Lions have done nothing but rise as a DII program. Last spring, the program hit one of its high water marks as the Lions won the GLVC for the first time and made their second ever NCAA Tournament appearance.

After that growth this program has seen over the years at the DII level, which culminated with its uber successful 2022 campaign, the Lions will be making that jump to the next level. The Lions will be one of two new DI members, along with Queens University of Charlotte, this spring. Both will play in the Atlantic Sun conference.

With its move, many eyes will be focused on Lindenwood this season. Now, what should be expected?

Who Runs The Offense?

Last spring, Stony Brook grad transfer Patrick Kaschalk tore it up for the Lions. The Ontario-bred attackman recorded a team-high 78 points on 62 goals and 16 assists en route to GLVC Player of The Year honors. Kaschalk is gone, as is the Lions’ third and fourth-leading point-getters in Peter Covington (25G/10A) and Nolan Corker (23G/8A). The three combined for 144 points (110 goals) last season and accounted for 55% of the Lions’ scoring.

Senior Cam Smith (27G/25A) and sophomore Dylan Colon (8G/20A) are the lone two top-five returning scorers from last season for this Lindenwood squad. Senior Adrian Thompson (12G/13A) also returns after being the Lions’ sixth-leading scorers a season ago. Those aforementioned three, as well as others, will have to step up and increase their production on offense to help replace what this unit lost from a season ago.

Coming off their 2022 campaign, Lindenwood loses a good amount of offensive production from its top playmakers. But the cupboard is not bare. However, how effective this next crop will be is the question.

(Note: Sophomore Kesse Zugehoer had eight goals and three assists last season as a freshman. He was unfortunately diagnosed with cancer last week. Please send prayers his way and hope for a full and speedy recovery.)

Another Year, Another Transfer-Impacted Campaign?

Outside of Kaschalk, the Lions’s 2022 roster also featured multiple others who had transferred in prior to the 2021-2022 campaign. That included starting goalie Kyle Herbert (Stony Brook), who made 140 saves with a 58.6% save percentage a season ago and was name GLVC Goalkeeper of The Year, defenseman Colin Hunt ( 81GB/23CT) and SSDM Oisin McTigue (48GB/22CT). Hunt came in from Villanova as a grad transfer while McTigue came in from Cleveland State and will be back in 2023.

Now heading into the 2023 season, the Lions have brought in seven transfers. LSM Evan Janiec (Mount St. Mary’s) and Noah Wehrman (Whittier) saw the most action of the seven at their previous stops. Janiec caused 12 turnovers and grabbed 12 ground balls as Mount St. Mary’s backup LSM in 2022. Wehrman was Whittier’s sixth-leading scorer with 19 points off 13 goals and six assists.

With as many players as the Lions have brought in via the transfer portal, it’ll be very interesting to see what the impact looks like. Will it be as it was last season with transfers headlining at nearly every position, or will it be less of that? It’s something that will be revealed as this team matures and comes together throughout the fall and spring.

What to Expect From The Lions’ First Season as a DI?

In the nine seasons that Jim Lange has been at the helm of the Lindenwood program, it has gone nowhere but up. That upward climb ultimately culminated in what was arguably its best season in program history in 2022 as the Lions won the GLVC for its first-ever conference title and advanced to the NCAA Tournament for the first time since 2015.

2023 marks a new era for Lindenwood lacrosse and how they perform in the immediate is very much a point of intrigue with this program. Join the ASUN, along with fellow DI newcomer Queens, the Lions will be competing with the likes of Air Force, Bellarmine, Cleveland State, Detroit Mercy, Jacksonville, Mercer, Robert Morris, and Utah.

How competitive Lindenwood is within the ASUN, especially against those teams outside the top tier (Jacksonville, Utah, Robert Morris), will be very telling as to where this team is in its transition as well as how much and how quickly success should be expected from this program at the DI level.

The Lions brought in 16 players with its 2022 recruiting class. I broke down the class as it was at the time back in February following the announcement that the athletic department would be making the jump to DI.