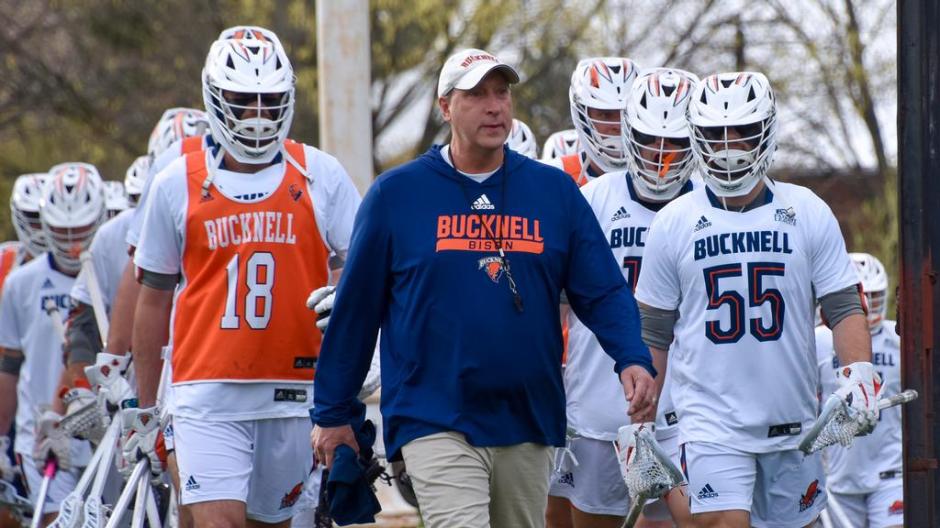 After grabbing just two wins in 2021 for its worst campaign under Frank Fedorjaka, the Bison returned to their normal selves this past spring as they went 9-6, made the Patriot League Tournament, and proved to be as tough of an opponent as usual. A high water mark of Bucknell’s 2022 campaign was its 12-11 win over Penn State in the first meeting between the two programs since 2013. Bucknell also hung tightly with both Army West Point and Lehigh, falling by just one in both games.

Bucknell’s season was headlined in part by a youthful explosion at multiple spots on the field. That was especially true when it came to the offensive end as freshmen Connor Davis and Cam Doolan helped lead the way for an unit that averaged 13.53 goals per game as the 19th-best scoring offense in the nation and second-best in the Patriot League this past spring. A sophomore Dutch Furlong was the Bison’s leading scorer. Furthermore, a pair of freshman split time in cage as both Max Nolan and Rich O’Halloran saw seven starts in between the pipes.

In 2022, Bucknell was smack dab in the middle of the Patriot League. They beat who they should have and rubbed up against the conference’s big dogs. Now heading into 2023, much will be the same but there will also be much that is different. Expectations should be for the Bison to remain its consistency as the best among the middle of the pack in the league and have the ability to challenge some of the conference’s title contenders.

The goalie situation at Bucknell was anything but stagnant last season. Max Nolan came into the opener against Mercer as the starter and sit in that spot for the following six games. But after giving up three consecutive goals against early against Penn State, Rich O’Halloran stepped in between the pipes and would start each of the next six games and also get the starting nod against Loyola in the Patriot League quarterfinals. Nolan played significant time against Lafayette and saw action against Lehigh. Furthermore, Jack Van Slyke played in eight games and started in the season finale against Navy before playing the majority of the contest against Loyola in the Patriot League quarterfinals.

The question surrounding the position is who will get that starting nod out of the gate and how will both be used. Could it be like last season or will we see one guy get an edge on the other and start from season’s start to end?

Who Takes Over at The Faceoff Dot?

Nick Crovatto served as the primary option at the faceoff dot each of the past three seasons for Bucknell. His senior campaign last spring proved to be his best as he went 172-for-335 (51.3%). That included a 70% mark through the Bison’s 5-0 start to the season.

WIth Crovatto having graduated, the Bison have a hole to fill at one of the most important positions in the game. Conor McCusker served as the backup last season as a junior, going 22-for-55 (40%) on the year. Blake Burchill and Brendan Coyle also saw limited action as a freshman and sophomore in 2022. All three will return in 2023. Additionally, Bucknell brings in freshman Griffin Shaffer (Vandergrift, Texas) at the position.

As the 2023 season approaches, one of the biggest questions surrounding this Bucknell program will be what the situation at the faceoff dot looks like who ultimately emerges as the primary option.

How Does The Defense Look?

While it was a pair of freshman who proved to be its primary anchors, the Bucknell defense was flooded with veteran talent at nearly every other position last season. Reid Delanois (34GB/25CT) Travis Talarico (34GB/16CT), and Drew Wellington (33GB/11CT) were all full-time starters at close and were seniors. Frankie Higgins (36GB/20CT) was also a senior and the team’s top LSM.

In short, not too much experienced talent returns from last season out in front of the cage for the Bison defense. Danny Straino (61GB/15CT) was the team’s top short-stick defensive midfielder last season and is their most productive defensive returner. Andrew Stanzel (18GB/10CT) switched from midfield to defense ahead of last spring and had a strong showing in the 14 games he saw action in, which included four starts. Hank Bethel (9GB/4CT) played in 11 games with one start at close and switched to SSDM late last season. Duncan Hill (9GB4CT) played in all 15 games and started three at close as a sophomore.

The cupboard is certainly not empty when it comes to the Bucknell defense. But there are certainly a good amount of questions as to how good this defense can be after losing so much talent from a unit that allowed 10.8 goals per game a season ago.

A versatile player, Feda made a mark last season with 13 goals and five assists. He started each of the final five games of the season and it was in those final three contests where he was his most productive as he tallied seven points (4G/3A) in those contests. With the holes this team has on offense, Feda could be one of many players who takes a big step forward in 2023.