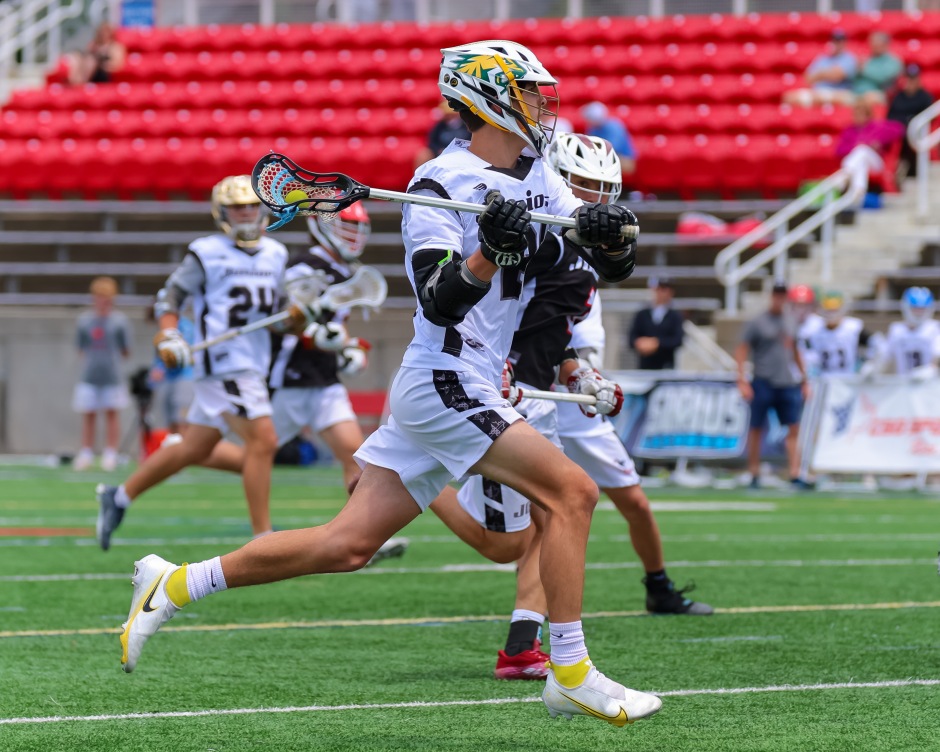 Ohio Sate gots its 2024 class off the ground earlier this week as St. Xavier (Ky.) attackman Trevor Havill verbaled to the Buckeyes. His commitment came of the heels of a visit to Columbus last weekend.

Havill also considered Cornell, Denver, Duke, and Rutgers before pulling the trigger on the Buckeyes.

“I wanted to play in a top-10 program that has the potential to win an NCAA title. I want to be part of making that history [at Ohio State].” Havill told Lacrosse Bucket.

The 6-foot-5, 190-pounder is a quarterback on the football field for the Tigers and plays a very similar role on the lacrosse field, intiating primarily from behind the cage at X and on the wings and constantly making plays for himself or his teammates. He also has one heck of a rip that he often unleashes from that sweet spot 10-12 yards above the cage.

Havill is coming off a monster sophomore spring in which he put up 122 points to help lead the Tigers to their 15th Kentucky state championship. It was the second consecutive title for Havill.

“I see myself as the QB of an offense and this is the same role OSU wants me to play. Coach Myers definitely sees me as a key player in the offense once I get to OSU. They want me to play attack, but, in their offense, the attack can initiate from X, wings, or up top like a middie.”

The Bluegrass State native has been pegged by many as potentially the best player to come out of the state. His name is mentioned up there with former Bellarmine great Bobby Schmitt and Denver standout Chase Carraro, who was twice named an All-American and helped lead the Pioneers to two Championship Weekend appearances in 2011 and 2013, both of whom were also stars at St. Xavier.

For Havill, he said it’s a blessing to have the opportunity to play at the highest level of DI. “Very few players have been able to break into the top DI programs coming from Kentucky. I am incredibly grateful for this opportunity and the chance to help elevate the profile of Kentucky lacrosse once I get to college.”