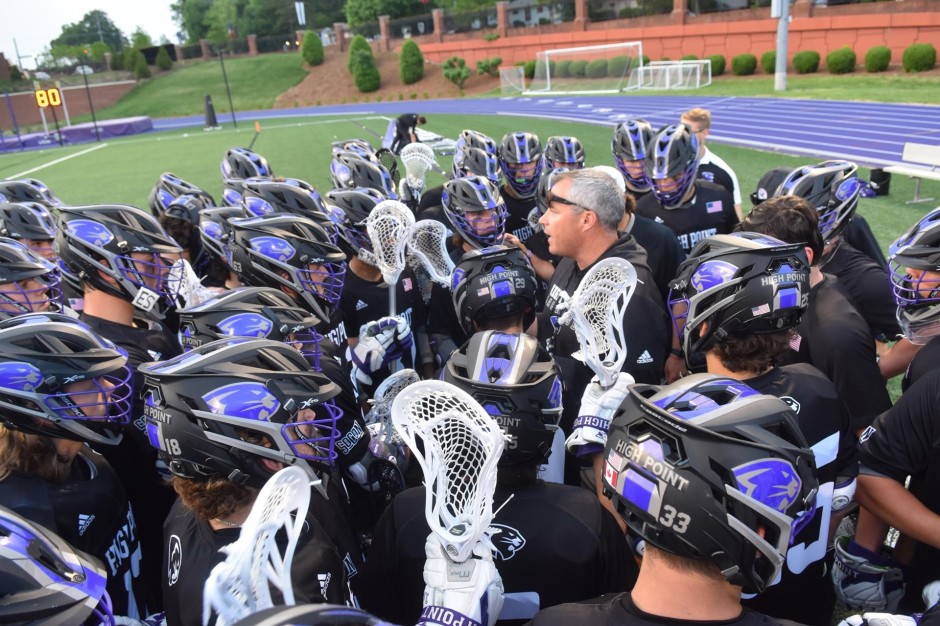 Since its first season of play in 2013, the High Point Panthers have done nothing but develop into a perennial competitor on the national stage. Jon Torpey has led the Panthers from DI newcomer to two-time SoCon champion. And with that, the lacrosse world has seen High Point compete with some of the game’s best programs as the Panthers have earned wins over ACC powers Virginia and Duke.

Last spring, High Point went 7-8 overall and 2-3 in the SoCon, losing to Richmond and Jacksonville, as well as Mercer, in league play. Their season would end in the conference semifinals with a 12-11 loss to eventual league champion Richmond. That would put an end on a era of High Point lacrosse: the SoCon era. It would also mark the end of the college career of Panther star Asher Nolting, who had proven to be one of the most exciting players in the game over the past five seasons.

In 2023, High Point moves to the A-10 conference where they will join former SoCon foe Richmond as well as Hobart, Saint Joseph’s, St. Bonaventure, and UMass. The Panthers will be looking to remain as competitive as they have been in this new league and, along with the rest, will want to make an immediate splash.

Who Quarterbacks The Offense?

For five seasons, the High Point offense has been headlined and highlighted by one man: Asher Nolting. The leader and quarterback of the Panthers’ offense, Nolting exits with a career total of 344 points (146G/198A). He put up 34 goals and 47 assists for 81 points last spring to finish ninth all-time in career points in NCAA history. While unreplaceable as a player, the Panthers will be looking to fill that spot Nolting once held as the quarterback of this offense. Who that will be is one of the biggest questions heading into the 2023 season for this program.

Junior attackmen Brayden Mayea (40G/9A) and Jack Vanoverbeke (19G/10A) both return after starting all 15 games last season. Mayea is a slick Canadian finisher who has proven to be the Panthers’ best off-ball threat. Vanpverbeke, on the other hand, has been the much more balanced playmaker at the attack spot. Redshirt junior Jack Sawyer (13G/10A), who played mostly at midfield last spring, is also back as well as fifth-years Hunter Vines (16G/6A) and Michael Ippolito (17G/2A). Those five help make up the core of this offense, which averaged 13.4 goals per game and had a 31.3% team shooting percentage last spring.

High Point has a very good and solid offense coming back with many pieces that have and will step up this spring. But exactly how this unit will look and who takes over the reigns as the leader has yet to be seen and will indeed the most intriguing storyline to follow with this season.

What to Expect From The Panthers’ Defense?

After that season in which the Panthers made a jump on the back end, there will have to be some rebuilding. PJ Peters (20GB/17CT) served as the team’s top defenseman last season while Trey Smith (35GB/15CT) and Joel Scerbo (41GB/9CT) were its top SSDMs. All three are gone. Thus, the High Point defense will have to replace the three and multiple younger players will be tasked with stepping up and being bigger contributors next season. Whether or not the group of returners can continue the upward trend of this defense is yet to be seen.

How Does The Faceoff Situation Look?

Collin Hoben served as the Panthers’ top option at the faceoff dot last season and went 103-for-211 (48%). His best performance of his first season as the primary option arguably came against Jacksonville, where he went 13-for-22 (59%) against Nathan Kapp. However, Hoben also had some low marks last season. He went 2-for-6 (33%) in a season-worst team effort against Richmond and went 7-for-23 (30%) against Mercer and Ashton Wood. He saw limited action (3-for-4) in the SoCon semis against Richmond.

In that final game against Richmond, it was Joey Dahlkemper took most of the draws. He went 7-for-22 (31%). In High Point’s opener, however, he took the majority of the draws in the second half and went 10-for-16 (62%) against a combination of Luke Wierman and Gavin Tygh. He also saw a good share of action against both North Carolina (2-for-10) and Robert Morris (3-for-8), amongst other contests.

High Point hasn’t gone 50% or above at the dot as a team since 2019 with Davis Sampere (59.4%) as the top option. After what this team saw at the dot, both good and bad, last season, is there a change in approach made? That could be Hoben and Dahlkemper, or even someone else, splitting more time. That could also mean Hoben getting jumped over for that primary spot. We’ll have to wait and see. And that question may be even more important considering the competition at the dot the Panthers will face in the A-10 wit Richmond, Hobart, Saint Joseph’s and UMass all looking stellar in that area.

A North Carolina native, Rizzo was as a pretty consistent reserve contributor last season with nine goals and five assists. With the movements that could take hold on the offense, Rizzo could very well see more clock and production next spring.

High Point brings in a large 21-man freshman class with its 2022 recruiting efforts. The class is headlined midfielder Collin Rovere (Wayne Valley, N.J.). A former Hobart verbal, he was rated as a three-star recruit by Inside Lacrosse. The class features eight players from the South; two of which are from North Carolina.