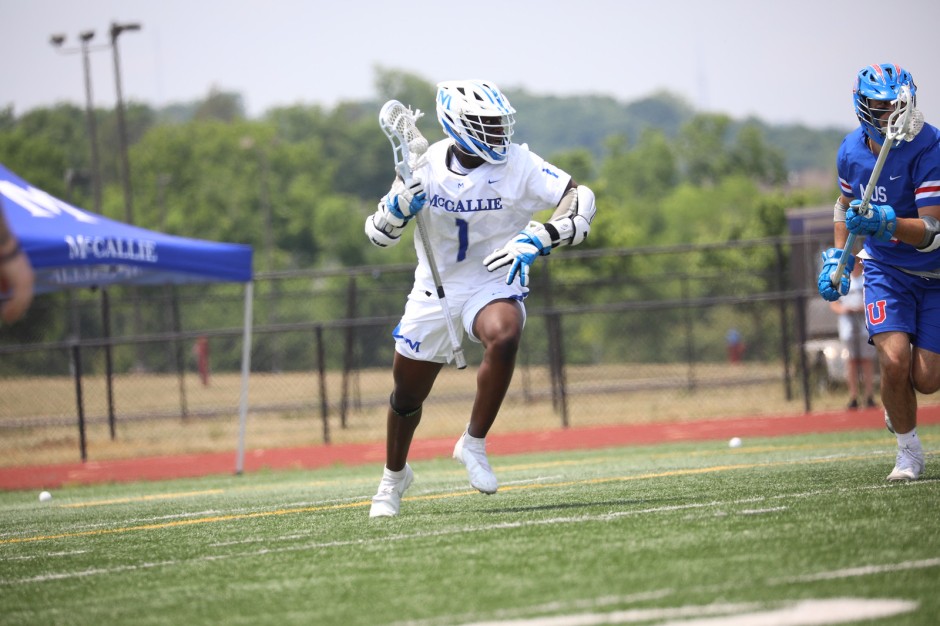 Two months ago, the contact period opened for the class of 2024. Since then, over 250 players have announced their verbal commitments to play college lacrosse at the DI level. That includes plenty of talent hailing from below the Mason-Dixon line.

As of writing this (Oct. 31st), 40 players from the South in the 2024 class have committed to play DI lacrosse. During the month of October alone, 18 players from the South verbaled to DIs. Florida has seen nine players commit this cycle. North Carolina has seen eight and Virginia has seen seven. Six 2024s have come off the board in Texas while four have in Georgia. Kentucky and Tennessee each have produced two DI commits this cycle whole Alabama and South Carolina each have one.

Here is a state-by-state breakdown of the movement seen in the South amongst the 2024 class over the past month:

Lenox and Wade are two of seven commitments thus far in the class for the Scarlet Knights. Lenox, a 6-foot-2, 190-pound lefty, has shown to be a natural goal-scorer who primarily operates on the right wing as a dodger and initiator. He also has a knack to get open off-ball and snipe. As a 6-foot-2, 180-pound pole, Wade shines as an on-ball defender who plays with a certain level of aggressiveness and has proven to be a pest for opposing offenses.

In Boree, High Point gets a natural goal scorer who can make attack defense from all over the offensive end, and especially so on the low and high wings as a dodger. Boree is coming off sophomore spring in which he put up 75 points off 55 goals and 20 assists.

Frankauski played his freshman year at IMG Academy (Fla.) before transferring to Cardinal Mooney ahead of his sophomore year. The 6-foot, 160-pound lefty is a solid athlete and has one heck of a shot on the run. He is an electric and strong dodger who can do serious damage from up top.

Jaskiewicz scored 28 goals and dished out 22 assist for 48 points last spring. He has shown to be able to create scoring opportunities for himself both with the ball in his stick and with his movement off-ball.

Pelot is the heir apparent in cage for Ponte Vedra with the graduation of Nolan Parlette, he saw a good deal of action last spring as a backup and put up a 61% save percentage. Pelot moves well in cage, has quick hands, and tracks the ball incredibly well.

During the month of October, three players in the 2024 class hailing from the Peach State verbaled to DI programs. Roswell (Ga.) attackman Ezra Moore and St. Pius X (Ga.) faceoff man Kyle Sanders each committed to Bellarmine. Allatoona (Ga.) attackman Brayden Fountain committed to Navy and is the most high-profile commitment thus far in the cycle from the state.

Rated as a four-star by Inside Lacrosse, Fountain has great change of direction speed and often uses that to beat his man and get to the inside off creative dodges and redodges. He is also able to inflict pain on defenses as an off-ball finisher on the inside and as a feeder.

Moore has the ability to create for himself with his quickness and dodging ability, often getting underneath the defense for quality looks. He is also a solid feeder and moves well off-ball.

Sanders went 71% at the faceoff dot last spring for the Golden Lions. He is a well-rounded faceoff man who can win it clean to himself won both offensive and defensive exits, and also knows how to battle and use his wings.

The Bluegrass State has two players committed to DIs in the 2024 class and both hail from St. Xavier (Ky.) in Louisville. Trevor Havill (Ohio State) became the first Kentucky 2024 to verbal back in September. In late October, Ryder John became that second commitment as he verbaled to Towson over the weekend.

Standing 6-foot-2, 205-pounds and possessing a great deal of speed, John proved to be a tough defender every time out. He uses his body well, throws solid and timely checks, and can slide very hard. The pole is also able to take it across the midline and make a difference in transition offense as both a passer and shooter. He is coming off a spring in which he had 19 points off eight goals and 11 assists while helping the Tigers to a state championship.

Spells is rated as a four-star by Inside Lacrosse. The 6-foot-2, 175-pound middie is an all-around great athlete with his speed and size, and is a two-way threat as he can make a difference on both ends of the field. Spells is an especially strong dodger from up top and is an especially good on-the-run shooter.

At 6-foot-3, 205-pounds, Chayes is a big lefty who plays tough and with his speed is a very solid dodger. Able to attack from anywhere on the field, he put up 68 goals and 15 assists last spring.

Maynor is a versatile defender who has made an impact both in high school and club ball as both a close defenseman and SSDM. He has the ability to lock up his opposition on ball while also making a difference off-ball, and can help push in transition.

Cohn is a difference maker all over the field. Not only does he play on the back end, but he is often also used on the faceoff wings as well. The pole is a tough on ball defender who knows how to create turnovers and also runs the field very well in transition.

The Volunteer State has seen two players commit to DIs in the 2024 class and both of those moves were made during the month of October.

On October 10th, Christian Brothers (Tenn.) faceoff man Burke Wade verbaled to Vermont. Wade is coming off a spring season in which he went 67% (242-for-357) last spring for the Purple Wave.

The most high profile recruit out of the state this cycle came off the board on October 21st when McCallie (Tenn.) attackman Zach Chari committed to Georgetown. Rated as a four-star by NLF, the 6-foot-2, 215-pound knows how to use contact to his advantage and is often seen bullying defenders whether dodging from behind the cage at X or from the wings. He put up 74 points off 49 goals and 25 assists last spring.

Late October saw a pair of players from the Lone Star State come off the board as Gilman (Md.) defenseman Ronny Sires committed to Marquette and Flower Mound (Texas) defenseman Grant Krebs verbaled to Bellarmine.

Sires began his high school career at Episcopal School of Dallas before transferring to the MIAA program ahead of last year. He plays an aggressive brand of defense and is often able to stay with and limit his opponent. He also runs the field well in the clearing game and can help spark transition offense.

Krebs had a great frame at 6-foot-3, 185-pounds. He might not be the most aggressive or physical with his body all the time, but knows how to use his stick very well and has the footwork needed to stay with and keep his matchup from getting what he wants.