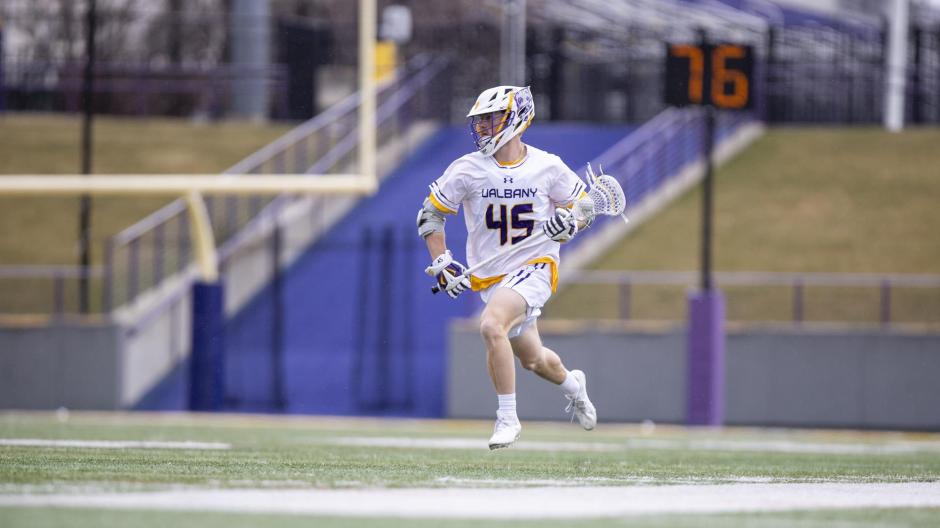 Since Scott Marr’s arrival in the Empire State’s capital ahead of the 2001 season, the UAlbany Great Danes have been one of the most successful programs in the America East. The Great Danes have made the NCAA Tournament 10 times and have only missed the America East Tournament twice (2001, 2011) under Marr. UAlbany has made the postseason each of the past 10 seasons.

Despite its postseason streak living on last season, the Great Danes are coming off its second losing season in the past three full seasons. UAlbany went 5-10 overall and had a historic win over Syracuse, knocking off the Orange 14-12 at Tom & Mary Casey Stadium. They also churned out a big 12-10 win over Stony Brook at home. However, losses to Binghamton, UMBC, and Vermont saw the Great Danes go .500 or less conference play for the first time since 2011.

In 2023,  it’ll also be in a somewhat new-look America East as both Bryant and Merrimack have joined while Stony Brook has left. Ualbany will be looking to not only get back to the postseason, but put together a much better season overall than what was seen from this proud program last spring.

What’s The Situation in Cage?

Last season, UAlbany saw three different players see starts in between the pipes at the goalie position. Tommy Heller saw the most action with six starts in nine games and 427:49 minutes of total play. He made 75 saves with a 42.6% save percentage on the year. Will Ramos played and started in seven games and recorded 54 saves with a 40% save percentage. Jack VanValkenburgh saw action in six games and made one start (vs UMass Lowell), finishing the year with 29 saves and a 47.5% save percentage.

Heller returns for his senior season while VanValkenburg is back as a junior. The pair have the most experience of any goalie returning on the Great Danes’ roster.

Heading into the 2023 season, the goalie position is one of the more interesting personnel questions with this team. And that is especially true given what the situation looked like in cage last spring.

Can The Offense Trend Back Upwards?

During the Great Danes’ run of success in the 2010s, it was high flying offenses that headlined and carried those teams to the promised land each and every year. That trend has remained largely true in recent years with the Great Danes averaging 12-plus goals per game in each of the 2020 and 2021 seasons. However, that production took a dip in 2022.

Graydon Hogg (26G/12A), Jack Pucci (13G/15A), Amos Whitcomb (17G/9A), and Camden Hay (15G?10A) all return as top five scorers from a a year ago. It gives this program a solid and experienced core with which to build around and lift this offense back up towards the top of the conference and nation.

Where Will The Danes Fall in the America East Pecking Order?

In 2023, the America East will look different with Stony Brook gone and Bryant and Merrimack in. Bryant is the only one of those new teams that could threaten for a postseason spot as Merrimack is still in its probationary period after jumping from DII after the 2019 season.

Since the program’s last America East title and NCAA Tournament trip in 2018, UAlbany has finished third in the league once (2019) and fourth twice (2021, 2022). Vermont has assumed that place atop the league that the Great Danes seemingly held for so long.

With no Stony Brook and the personnel losses at Vermont, 2023 is the year that another team could jump back into the fold and take that America East crow. UAlbany and UMBC may be the best teams situated to do so. In the climate of this spring, it’ll be interesting to see where the Great Danes fall in the league pecking order and if they can retake that thrown they held for so long, or at least challenge for it once again.

Decker played in all 15 games and made three starts as a freshman for the Great Danes last season. He had eight goals and six assists at season’s end. Decker had a breakout game against Syracuse where he went 3-1 for four points on the day. Decker could see an increase in production and help provide a boost at the midfield spot this spring.

Per the Lacrosse Bucket Recruiting Database, UAlbany brings in a freshman class of 12 players with its 2022 recruiting efforts.