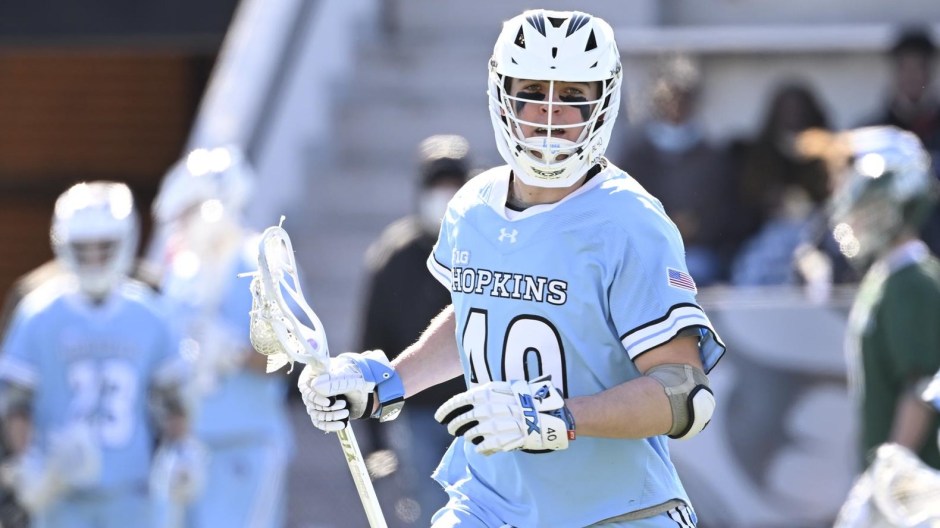 The Johns Hopkins Blue Jays are the 39th DI program to release its 2023 men’s lacrosse schedule. The Blue Jays are coming off a 2022 campaign in which they went 7-9 overall and 2-3 in Big Ten play. Johns Hopkins saw its season end in the Big Ten semifinals with a loss to Maryland.

2/18 @ Loyola: The Blue Jays will head down Charles Street to take on Baltimore rival Loyola on February 18th. Last spring, the Blue Jays defeated the Greyhounds 11-10 at Homewood in a game that saw the Hopkins defense fend off the Greyhounds late in the fourth. The victory marked the 1,000th win in program history for Johns Hopkins and was its first over Loyola since 2017.

3/11 @ Syracuse: Johns Hopkins will hit the road in mid-march to take on rival Syracuse in the Dome. Last season, the Blue Jays snapped a two-game losing streak to the Orange with a 10-7 victory at home in a game that featured two struggling traditional powers. With both programs looking to rebound in 2023, this game will be important to see where each is at after last year.

4/15 vs Ohio State: There are two Big Ten teams that Hopkins currently has at least a four game losing streak against. One of those is the Ohio State Buckeyes, who have beaten the Blue Jays in mostly close contest each meeting from 2019 onward. Last season, Hopkins held a 9-8 lead heading into the final quarter but the Buckeyes outscored them 4-1 in the frame to earn the 12-10 win. A win over what looks to be a strong Ohio State team this spring will certainly a sign of things moving in the right direction for Hopkins.

4/22 @ Maryland: The other team who Hopkins hasn’t beaten in at least its last four is its arch-rival Maryland Terrapins, who they have fallen to five times over the past two seasons. The defending national champions will welcome the Blue Jays to College Park for the annual rivalry game during the last week of the regular season as part of the Big Ten’s rivalry week. As always, circle this game. And for Hopkins, a win win would certainly be huge.