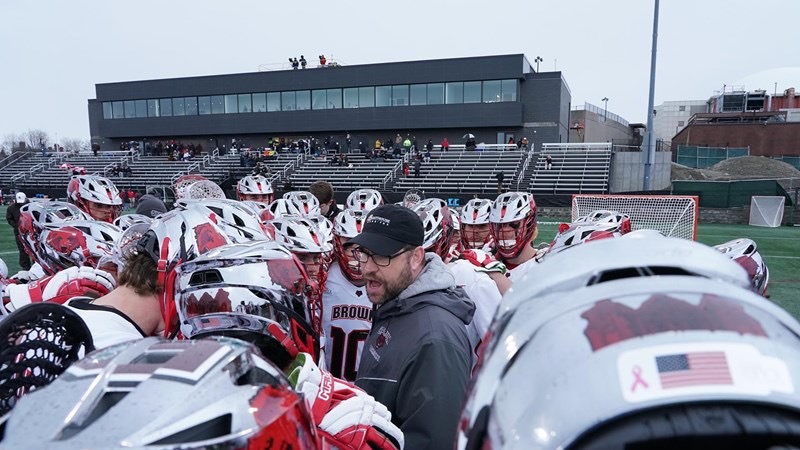 Since Lars Tiffanys departure following the 2016 season, where the Bears made a trip to Championship Weekend, Brown hasn’t done too, too much.

Sure, Mike Daly led them to a 10-win season in his first year in 2017. But they haven’t had a winning record in a full season since. The Bears went 6-9 and missed the Ivy League tournament in 2018 and went 7-9 in 2019, losing to Penn in the Ivy League semifinals.

To some, it may seem that Daly can’t lead a DI program and hiring a coach from DIII was stupid on Brown’s part. But to many, Brown has shown progress these past two seasons that show they can make it back to the top of the Ivy League sooner rather than later.

And after ending the Coronavirus shortened 2020 season with a 3-2 record and a headlining win at home against the defending champions Virginia Cavaliers, 2021 could be the year the Beard climb back to the top. Especially with two of their top players being able to return for a fifth season due to this past season getting cut short.

Brown will have Phil Goss back in cage as their starting goaltender for the fifth straight season. The 6-foot-4, 205 pound California native has been nothing but good for the Bears during his time in Providence. A multiple time All-Ivy and All-American selection, Goss has recorded a career save percentage of 52%, making 648 career saves.

In the Bears’ five games this past season, Goss made 62 saves with a .559 save percentage and only allowed an average of 9.83 goals per game. He ranked 16th and 19th in DI in save percentage and goals against average when the 2020 season was cut short.

In addition to getting Goss, their biggest weapon on defense, back for another season, the Bears will also bring back attackman Luke McCaleb, who has also been s starter since his freshman year.

The Chevy Chase, Md. native and Gonzaga College HS product has been one the Bears’ primary point getters over the course of his career. He has tallied a career total of 170 points (98G/72A). He ranked second on the team win points with 17 (12G/5A) when the 2020 season was cut short.

Having the ability to bring back those two leaders on each end of the field is huge, and Brown is very luck to be one of the few Ivy’s that is allowing players to comeback for an extra season. And just having those two around increases their chances of winning each and every time they step foot on the field.

And beyond those two, the Bears bring back a pretty experienced group that was really starting to come together and hit their stride in the last few weeks before the season was ended prematurely.

Offensively, senior midfielder Ryan Aughavin (11G/7a) and junior Darian Cook (8G/8A) will both be returning, along with McCaleb. They will return another top-five scorer from last season in senior midfielder George Grell (6G/2A). The only major loss on that end of the field will be the loss of attackman Jack Kniffin. Other than that, they return a fairly good chunk of both veteran and youth talent that should be able to improve even more in 2021.

Those returners helped Brown end the shortened 2020 season with 24th scoring offense in DI. And they will likely have the opportunity to be just as efficient on the offensive end in 2021 with Matt Gunty returning at the faceoff dot. As a freshman, Gunty broke out and posted a winning percentage of 67% (46-for-68).

Backups Jason Siman and Matt McShea also went over 50% at the dot in the action that they saw. The wing play from LSM Adrian Enchill, who will be a senior in 2021, also played a huge part in the Bears’ faceoff unit’s success this past season.

Getting those wins allows them more possessions and allows them to play fast, which has been their signature style for quite sometime now.

What also helps them keep up that fast paced style of offense is a stellar defense. And in addition to Goss in cage and Enchill at the LSM spot, the Bears also return some other crucial pieces in Juniors Luke Gaydos (11GB/10CT) and Andrew Geppert (12GB/9CT). The two are the Bears’ top returning close defensemen.

The Bears, who ranked 18th in DI in caused turnovers at the end of the shortened 2020 season, also brings back multiple role players that should be able to step up when needed and contribute heavily. That mix of youth and experience on the Bears’ back end could yield some tremendous growth and pay dividends come late April and early May.

Mike Daly and his staff have been building for the past few seasons, and with the shadow of 2016 gone, this could be a Brown team that gets them back to the top of the conference. And coming into 2021, the expectations aren’t astronomically high, but with how the shortened 2020 season ended they certainly won’t be slept on at all.

One thought on “Is Brown The Ivy Everyone Should Be Talking About?”