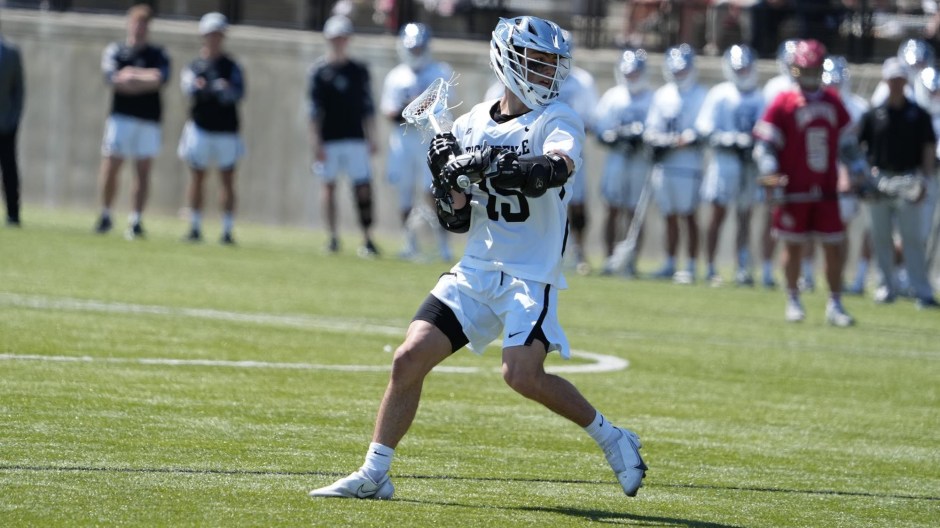 The 2022 college lacrosse season is in the books. And just like always, there were freshmen who stood out amongst the rest and shined during their first season of college lacrosse.

Over the next week and change, Lacrosse Bucket will be highlighting freshmen who made significant impacts at their respective positions during the 2022 season. Here is a look at some of the top freshmen at the midfield position.

Before we get started, I must lay out that for this exercise I am only including players who were listed as true freshman on their team’s roster instead of including all “first-year” players, which would include redshirt freshman and, this year, some sophomores.

Ryan Bell, M, Providence – A day one impact player, Bell emerged as one of the top feeders from the midfield in college lacrosse. Bell ended the season as Providence’s second-leading scorer with 43 points off 34 assists and nine goals. The Friars had 80 assisted goals this season and 42% of those included Bell.

Andrew McAdorey, M, Duke – The top-rated recruit coming out of high school, McAdorey had a ton of hype surrounding him entering his freshman season. Living up to that hype, the St. Anthony’s (N.Y.) product started all 17 games for the Blue Devils and put up 39 points off 23 goals and 16 assists.

Griffin Schutz, M, Virginia – A natural attackman, Schutz played mostly midfield this past season in that highly-talented Cavaliers’ offense. Schutz netted 23 goals and dished out seven assists for 30 points this past spring.

Brad Sharp, M, Yale – Often referred to as the “best athlete on Yale’s roster,” Sharp was a day one starter for the Bulldogs this past season. The California native tallied 36 points off 19 goals and 17 assists as the team’s fourth-leading scorer.

Miles Botkiss, M, Harvard – One of many freshmen who made an impact for Harvard this past spring, Botkiss got his first start late in the season against Penn and stayed in that spot through season’s end. He had 23 goals and 4 assists for 27 points as the Crimson’s third-leading scorer.

Aidan Mulholland, M, Michigan – Playing in all 15 games and staring in nine of them, Mulholland netted 16 goals and dished out nine assists for 25 points during his first season in Ann Arbor. He was Michigan’s fifth-leading scorer.