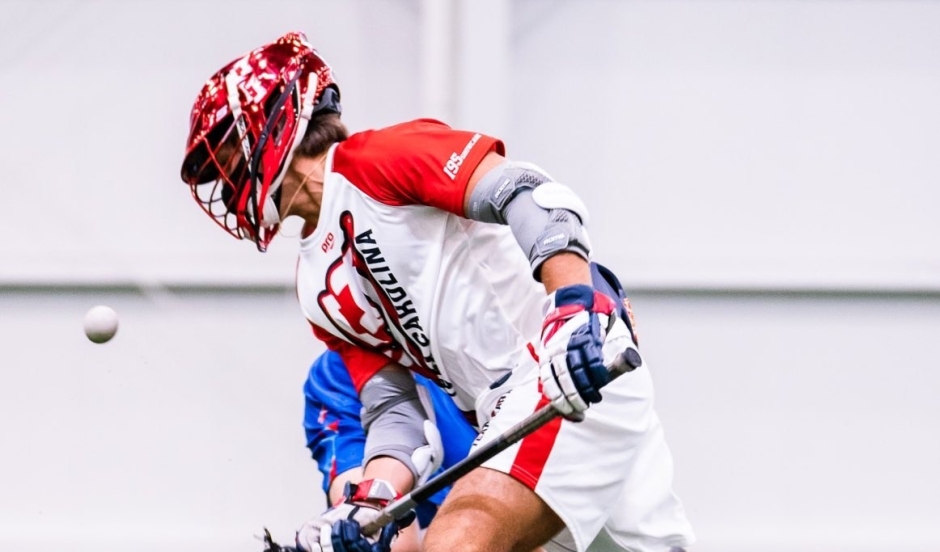 September 1st marked the first day that college coaches (outside of the service academies) could contact 2022 recruits. And Joe Breschi and the North Carolina Tar Heels are one of a few teams that have really hit the ground running in the first week of the contact period, getting three commitments since the turn of the month.

After picking up the first commitment since the contact period opened up on Tuesday, the Tar Heels landed in-state faceoff man George Kalos on Friday. The Hough, N.C. product is the first 2022 verbal out of the Tar Heel state.

“UNC has been my dream school for a long time,” Kalos told Lacrosse Bucket. “It really checked every single box for me.”

Rated as a four-star by Inside Lacrosse, Kalos has served as the Huskies’ primary faceoff man for the past two seasons. He has asserted himself as one of the top players both in the state and in the South, overall.

During that stellar freshman season, Kalos broke multiple Hough single-season records, including grounds balls in a season (211), faceoff wins in a season (293), and faceoff percentage in a season (75%).

While Kalos said that he and his team were able to play just as much as usual, the summer was “super-condensed.” Despite playing so many games in a shortened amount of time, the 5-foot-11, 190-pound faceoff man was just as dominant as usual. Kalos went 83% at the dot in 26 contests, which included a stretch of 14 games in six days. He also scored 23 goals, dished out six assists, and scooped up 242 ground balls.

Coming into his junior season Kalos stated that he does have some areas of his game that he really wants to focus on, in addition to the goal of bringing home a state title to Hough. “I definitely want to dial in my SNG (standing neutral grip) technique and get faster and stronger on the clamp,” Kalos said.